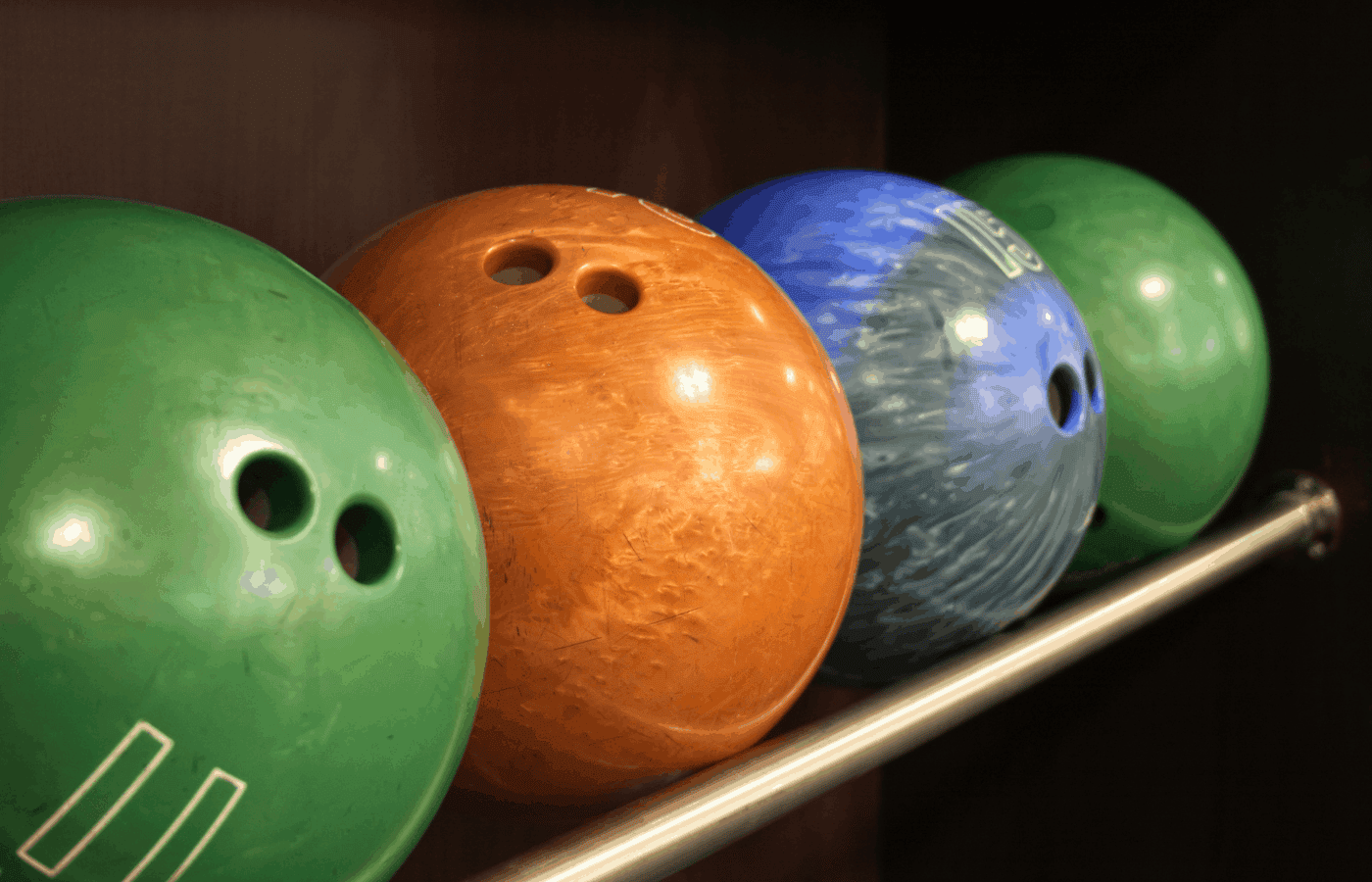 Bowling balls are pretty cool looking solid spheres of force. Indeed, 65 million Americans fling their bowling balls down the lane each year at an average of 20 miles per hour. As you see it roll, a quick wash of color rolls over the lane’s wooden surface.

In general, bowling balls are not magnetic. However, some use a weighted block in the center that can comprise iron oxide, zirconium or an alloy of both. In these rare cases, it is possibly magnetic. But this isn’t the norm.

Although they look simple, a bowling ball’s composition is much more than plastic with some holes in it. It’s actually a highly engineered piece of equipment that comprises many different materials. This design is why they can range from around $50 to over $300 or more.

Having a fully magnetized bowling ball would be pointless. It wouldn’t serve any purpose while playing the game. If you had a negatively charged bowling ball, it would experience force in relationship to the earth’s magnetic field. This would force the ball downward and wouldn’t go very far.

The lanes aren’t magnetized and the pins only experience magnetism with the automated pinsetter. Other than that, magnets don’t really come into the picture in any significant way. This is because such a force required by magnets would destroy the wooden lanes and pins.

Iron oxide and zirconium might offer magnetism to a bowling ball. Both are excellent in the production of magnets but both can go through a process of demagnetization before use in a bowling ball. However, it’s not certain if that occurs because of the secrecy that has evolved alongside high tech production.

Is a Bowling Ball Metal?

The covering, called a cover stock, uses three different types of plastics: polyester, urethane or proprietary blends with various other resins and urethane.

But there’s a whole evolutional history involved with bowling balls. They used to comprise of a very hard wood called Lingum vitae. Then, in 1905, the Evertrue bowling ball came onto the scene. This was the first bowling ball made of pure rubber.

Nine years later, Brunswick created the Mineralite ball, which was also rubber. These dominated the market until the 1970s, when polyester balls became more popular. The 1980s presented urethane (also known as resin) ones. This created a reactive surface on the cover stock used in combination with a core design to give the ball weight, force and impact down the lane and into the pins.

What’s in the Center of a Bowling Ball?

The center of today’s bowling balls contains an oddly shaped structure called a “weight block.” This gives the ball the momentum necessary to glide down the lane and deliver a punch into the pins. Manufacturers do this in the hopes of a bowler getting as many strikes as possible.

Indeed, once urethane and polyester balls became popular, the average amount of executed strikes increased by 20%. Ever since, companies have tried to outdo each other by coming up with new and innovative materials and core weight blocks.

The Roto Grip Nuclear Cell Bowling Ball has the most versatile asymmetrical core design which makes them different from most bowling balls.

The design and engineering of many weight blocks transfers energy from the ball to the pins. Some of which ensure shock absorption for the greatest effect. These weight blocks come in shapes like a light bulb, a sphere or an elliptical counterweight.

Some centers even use the concept of an enclosed core of one shape and density with a second one of a completely different density and shape. These may also provide a supplement for the main core, with an added weight block or collar. Or, a small counterweight embeds separately in the ball’s interior.

Since 1993, computer software designs have improved core engineering. They are now so sophisticated that one ball model may have a different core for varying ball weights. For instance, a 12 or 13 pound ball might have a spherical core while 16 pound balls may utilize both a light bulb and sphere shapes.

The materials comprising most cores are things like bismuth graphite, barium, iron oxide, zirconium or even ceramic. Some compose an alloy of a few or most of these. Ones that compose iron oxide and/or zirconium only use about two to four ounces. Zirconium offers a competitive counterweight.

They work well as a weight block and shift the ball’s center of gravity toward one side of the core. There are some producers, like Track Inc., that claim fired ceramic cores are best because of their energy absorbing capacity. Another added bonus with fired ceramic is that it won’t alter during finger hole drilling.

Alternatively, millable ceramic alloys are softer than fired ones and do absorb energy upon pin impacts. This makes them lower quality, but it does provide a more affordable bowling ball.

Bowling is a time-honored American sport. Its crowning feature, the bowling ball, is more complex with a highly engineered design many people take for granted. What makes it so high tech is its core. These comprise various shapes, sizes and densities in the hopes of a bowler delivering a strike as often as possible.

One thing a bowling ball is not, however, is magnetic or metallic. It simply wouldn’t make sense for them to comprise such harsh and hefty materials. They would make the ball almost impossible to throw down the lane.

That said, if a core comprises iron oxide and/or zirconium, then there may be some magnetism to it. But, more than likely, the manufacturing process demagnetizes the materials. Regardless, it doesn’t come into the equation when playing the game.