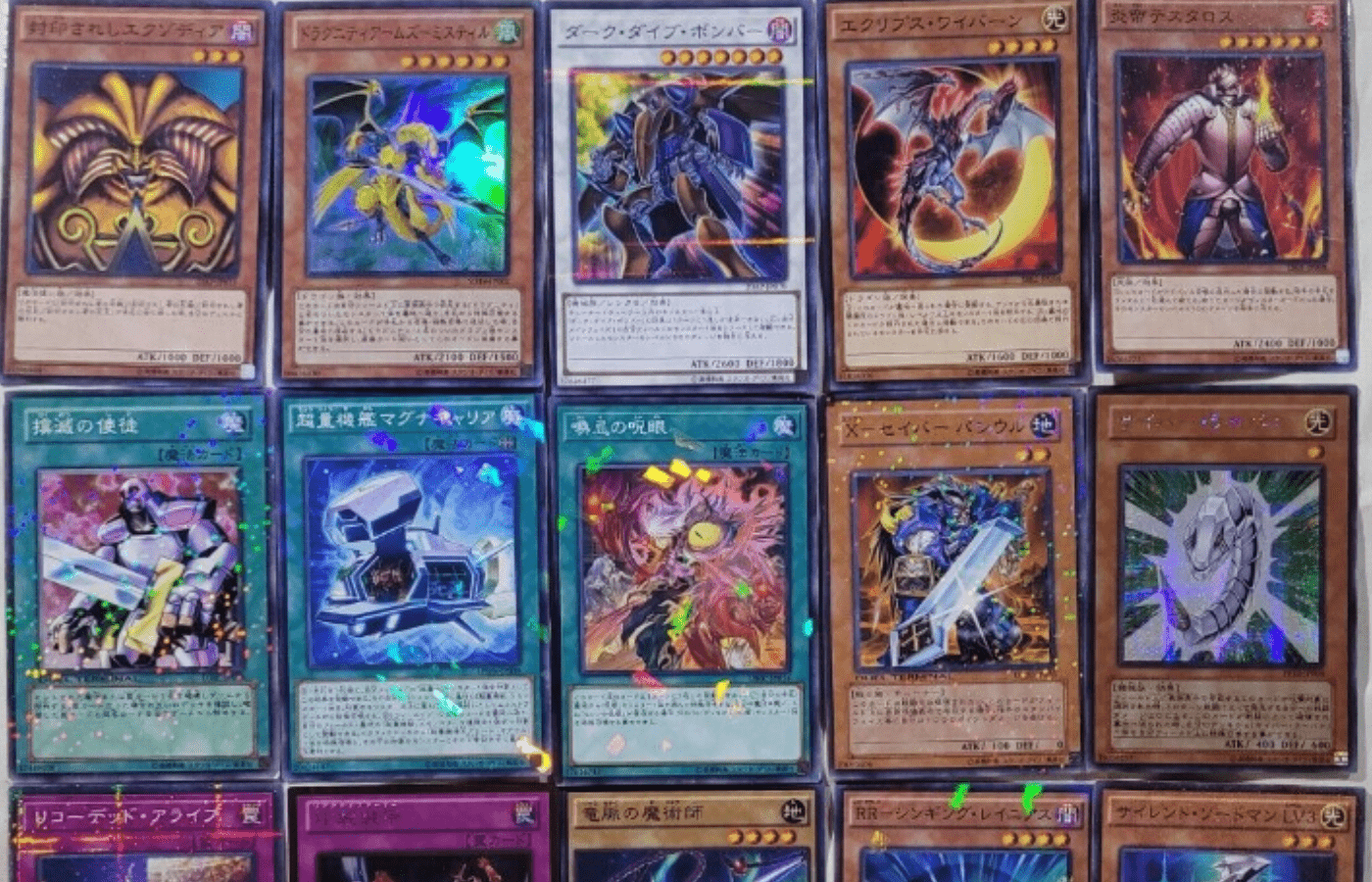 From a players’ standpoint, Japanese Yu-Gi-Oh! cards are not worth more than English cards. That’s because Japanese cards are what’s known as Original Card Game cards, or OCG for short. They are not legal for Trading Card Game (TCG) tournaments, which are primarily for North American, South American, and European countries.

Let’s explore why Japanese Yu-Gi-Oh! cards aren’t as valuable as their English version and which ones hold some value for collectors.

Are Japanese Yu-Gi-Oh! Cards Worth More Than English?

Japanese cards likely hold no value if you’re an English-speaking Yu-Gi-Oh! player. That’s because English cards are TCG cards, while Japanese ones are OCG. Every card is legal only in its respective format.

If you compete in Yu-Gi-Oh! tournaments hosted anywhere in North America, South America, or Europe, you can only purchase and use TCG cards. In other words, cards that are printed in English, Spanish, Italian, French, German, or Portuguese. Cards in languages other than those listed are illegal.

On the other hand, cards printed in Japanese, Chinese, Korean, or Asian English (cards marked with AE) are only legal in OCG tournaments held at Asian countries. TCG cards are ineligible.

However, if you’re a collector, you’re less likely to care about card legalities and more about the rarity, collection theme, or completion. OCG and TCG cards share the same artwork but have slightly different formats. Dedicated collectors of certain card characters may even complete a set in all available languages!

To check the current price and availability of Japanese Yugio Cards, click here to view the selection on Amazon.

Do Japanese Yu-Gi-Oh! Cards Have Value?

Japanese Yu-Gi-Oh! cards definitely hold some value for collectors and OCG players, but less so for non-collectors and TCG players. That’s because Japanese cards are sold only in Japan and are only legal for OCG tournaments; otherwise, they’re just a collectible card.

However, some Japanese cards still manage to fetch thousands of dollars in the market. For example, the Japanese version of a ghost rare Stardust Dragon sold for $25,000 after receiving a PSA 10 Gem Mint grade.

Of course, not everyone will have a Yu-Gi-Oh! card that is rare and valuable in their possession. If you have some Japanese cards, take a quick glance at websites such as eBay to get an idea of the price. Unless it’s highly desirable, ungraded Japanese cards likely won’t sell for more than $100.

If you decide to sell your Japanese OCG cards, be patient. Unless you live somewhere in Asia, your potential buyers are significantly less than if you were selling a TCG card. Finding the right collector willing to buy your card might take some time.

That’s because cards printed in Japanese, Korean, Chinese, or Asian English (cards marked with AE) are valid only within the OCG rules. OCG is what they use in Asia, which has a different format and set of rules than the TCG games.

Meanwhile, Japanese cards are not legal for use in TCG tournaments. You can only use cards printed in English, French, Italian, German, Spanish, and Portuguese for these duels. A Japanese Yu-Gi-Oh! Card will not be legal in these tournaments.

Which Japanese Yu-Gi-Oh! Cards Are Worth the Most Money?

As mentioned earlier, the Tournament Black Luster Soldier is the most expensive Yu-Gi-Oh! card ever, fetching a whopping $9 million from a private sale. Because it was the prize for the winner of the first ever Yu-Gi-Oh! OCG tournament, its rarity helped propel the price upwards.

Another expensive Japanese Yu-Gi-Oh! card is the 2019 prize card – a sealed, ultimate secret rare Blue-Eyes White Dragon. It sold for over $100,000.

If you don’t have tournament prize cards hidden in your attic, don’t worry. Some Japanese cards will still earn you some money, especially if they’re promotional cards or from the original set back in the 90s. Here are some more Japanese cards that recently sold for a sizable amount:

For comparison, here are some English TCG cards that commanded a high price in auctions:

As you can see, most Japanese cards do not sell for more than their English counterparts. The only time they sold for more is when a card is also a tournament prize, as is the case with the Japanese Tournament Black Luster Soldier.

Japanese Yu-Gi-Oh! cards are worth less to a TCG player because of their ineligibility in tournaments. The only time they become valuable is when they’re one-of-a-kind with some history behind them, making them desirable for collectors.

However, we learned that certain Japanese cards hold some value in the market. Collectors love exclusivity and uniqueness in their collection, so you’re likely to find a buyer for your card if it’s unique (e.g. a promotional card or a prize card).

So before you dismiss your Japanese Yu-Gi-Oh! card as worthless, check again. Take a few minutes to examine it and do a quick search online. You won’t know your card’s value until you check.