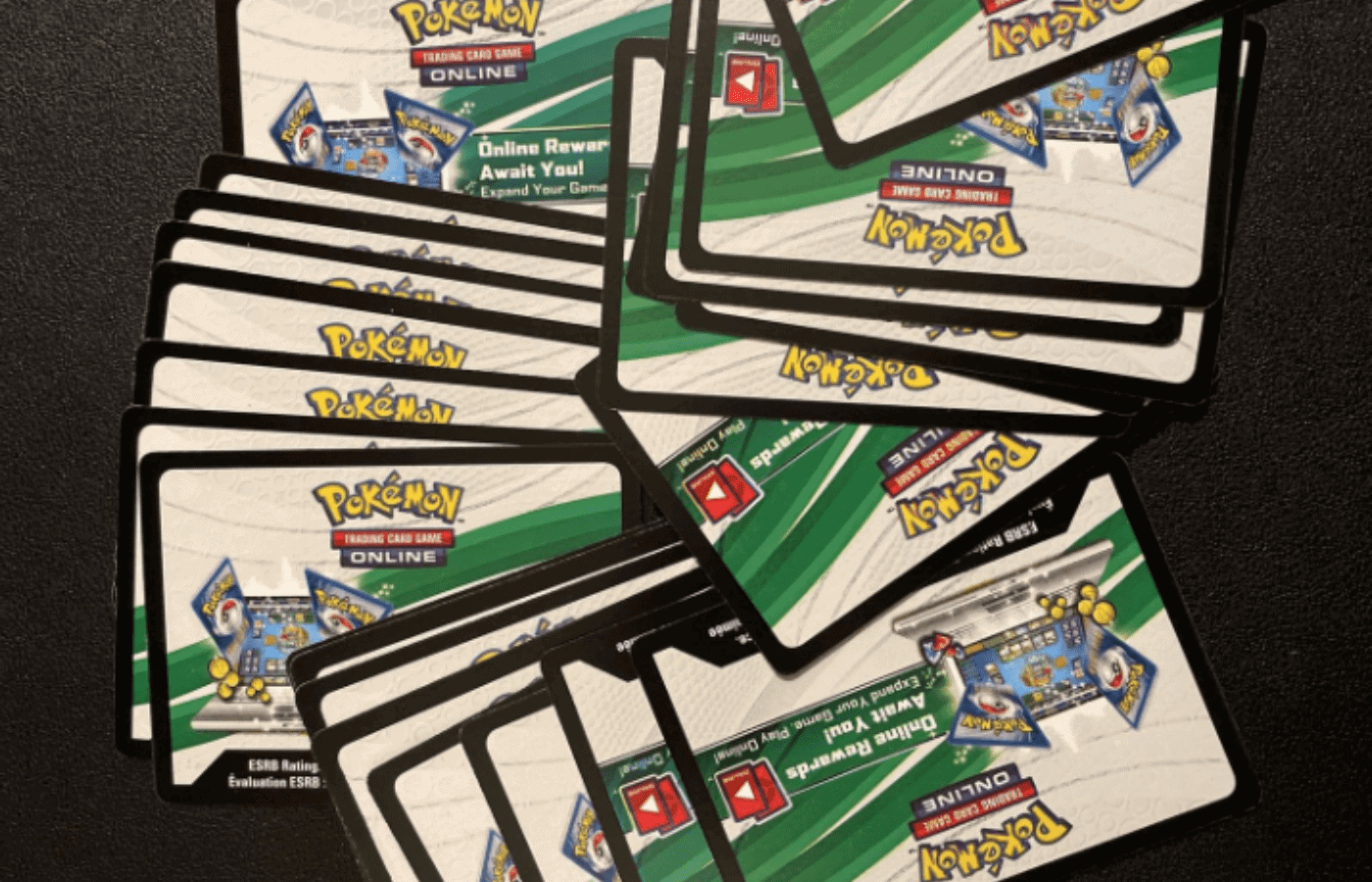 If you open a Pokemon Trading Card Game pack, chances are that you will find a code card inside. So, is that worth anything?

A Pokemon Code Card can be worth a few dollars, at most. It isn’t going to have a  huge amount of value, but it can cover a fraction of the price of your booster pack or premade deck.

Let’s expand upon this a little bit. We are sure that you must have plenty of burning questions about how Pokemon card codes work, right?

Can You Sell Pokemon Code Cards?

You can sell them through trading card market websites. Most of them will have a special section for Pokemon code cards as a lot of people buy them to play the digital game, but they don’t really want to buy booster packs.

You can list the code cards on these sites and send the code when somebody makes a purchase from you.

Do Pokemon Code Cards Go Up In Value?

To be honest with you, most Pokemon code cards don’t have a whole lot of value anyway. While they may sometimes creep up in value, it is rare.

You have to remember that the entire Pokemon card game has been built around the standard format. While expanded formats exist, the main goal has been to create a format that works for a few expansions and moves on.

This means that the older cards never hold a huge amount of value since there aren’t any major tournaments built around them.

The only cards that really seem as if they climb in value are those that come from promo packs. This is because these packs often contain unique cards that you can’t get anywhere else. A lot of them will also contain card packs, etc. People love those and, once they have been discontinued, they can rapidly climb in value.

How Much Do Pokemon TCG Code Cards Sell For?

Generally speaking, you aren’t going to be able to get much more than a dollar or so from a booster code card. In many cases, the value would be much lower than this.

What you have to remember is that these code cards can easily be obtained by somebody that buys a booster pack. Nobody is ever going to be paying more than a booster pack price for these cards. In fact, it is never going to come close.

If the Pokemon TCG code card comes with a theme deck or a promo package, then you may be able to get a bit more cash for it. These can earn you a few dollars per piece. As we said before, there is a good chance that the value of the code card will rise if the set has been discontinued.

To check the current price and availability of Pokemon Code Cards, click here to view the listing on Amazon.

What Can I Do With Pokemon Code Cards?

The best thing to do is use them in the online version of the game. It is free to play. All you need to do is download it to your computer (or tablet), and make an account. Tap in the code card in the relevant section and you have the booster pack, promo pack, or theme deck in the game.

If you are going to be using them in-game, make sure you don’t open the booster pack up right away. You can use them for trading in the game, and that can often give you a ton more value than the cards.

There is a small chance that card expiry may happen in the future, but the chance of this is incredibly small. We wouldn’t recommend that you worry too much about it. Code cards, at this moment in time, can still be used for years after they have been bought.

Do All Pokemon Packs Have Codes?

Since the Pokemon Trading Card Game launched online, all Pokemon packs produced by The Pokemon Company will have a code card inside. This is unlikely to change as the online game has rapidly increased in popularity.

You will not find Pokemon code cards in packs that have been put together by a third-party e.g. some of the Walmart or Target specific packs. A lot of the time, the code cards have been removed. If they are still in there, then there is a good chance that they do not correspond to the cards in the pack.

What Is a Green Code Card Pokemon?

A green code card in a Pokemon trading card pack indicates that the only holo card in the pack was a reverse holo. This means that there would be no ultra-rare cards inside of the pack.

Do bear in mind that the color of the card has absolutely no impact on the types of card that you are going to draw if you opt to use that card online. This means that if you are buying cards, you should not ignore green code cards. You will still have the potential to pull some rare cards with it.

What Is a White Code Card Pokemon?

A white code card is the opposite to the green code card. When you have a green code card, it means that you were able to pull a rare card from that booster e.g. a rare holo, secret rare, etc.

It is unknown why Pokemon has different color code cards for their game. Chances are, it is so that they can check the randomness process of putting the cards in the pack. You will not be able to see the color of the card from outside of the pack.

Pokemon code cards are worth a dollar or so, at the most. You may be able to make more if you have a theme deck or promo deck.

You can sell the Pokemon code cards online, or you can use them in the game.

It makes no difference whether you have a green or white card, they will also lead to drawing the same type of card online.