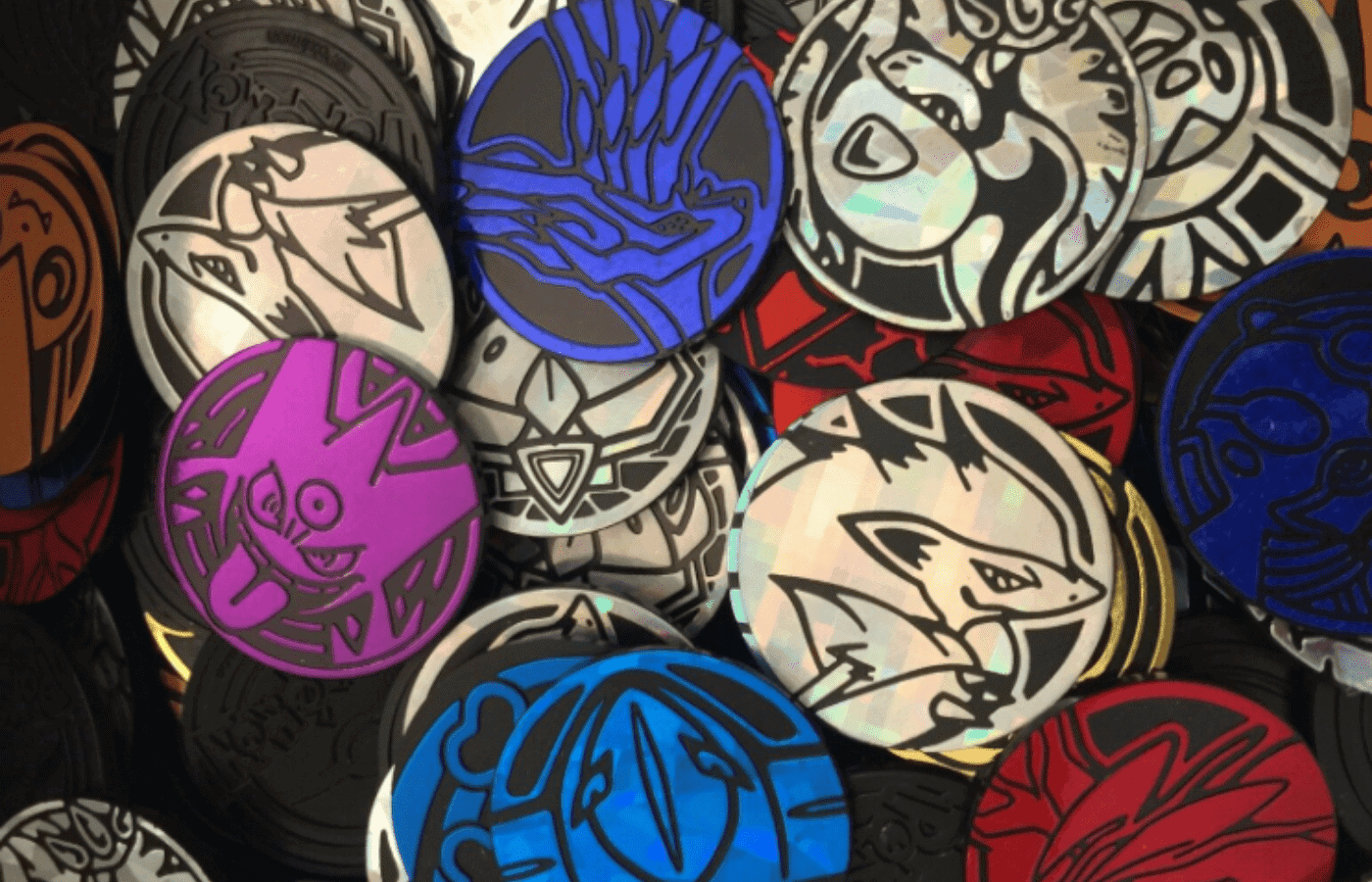 The Pokémon Trading Card Game (or TCG) uses not only the widely known Pokémon cards, but also coins (made of plastic or metals) which the players can collect and use while playing the game with their peers. The coins are flipped during matches to see if a Pokémon card can be played, if they can, then the card powers up a specific Pokémon.

Everything used within the Pokémon TCG in the past holds some monetary value now, as most of these coins and cards were collected by fans and various players of the game throughout the world and are now considered a rare commodity. The coins can be bought separately or in sets, the lowest valued at $0.75 and the highest at $259.99, depending on how rare they are and the material they’re made from.

Stay with us to find out more about the actual worth of Pokémon coins, how much they cost, what’s the criteria for determining the value of a Pokémon coin, and how you can use your own collectible Pokémon coins to earn money.

What Is a Pokémon Coin?

A Pokémon coin is a collectible item that the players would use in a Pokémon TCG game to power up a Pokémon or determine the effect of a card, so their use goes hand in hand with the more widely known Pokémon cards.

Not only that, the effect of the coin depends on what Pokémon is printed on the face of the coin (and what attacks are specific to that Pokémon).

Often made of plastic with a metallic design printed on the front, these coins can represent a legendary Pokémon, an event, or energy symbols.

Coins made of cardboard and metal were also launched by The Pokémon Company, but were discontinued after their use diminished during matches, and now they’re no longer recognized as randomizers during a match, treated more so as a rare collectible item.

Coins can be from theme decks, starter coins, or as a prize from a tournament, but if a coin is to be used during a Pokémon match, a set of rules is to be followed to make sure the coin’s usage does not become prohibited.

For example, how the coin should be flipped, what kind of coins cannot be used as randomizers, and if the coins are fair or not.

To check the current price and availability of Pokemon Coins, click here to view the selection on Amazon.

How Much Is a Pokémon Gold Coin Worth?

How Much Does a Pokémon Coin Cost?

Although not as valuable as Pokémon cards, Pokémon coins do go for a lot of money granted they’re one of the rare ones. The price range falls between $12.99 to $299.99, higher cost for the metallic Pokémon coins or ones made for special events as tournament prizes.

As mentioned before, these coins are not for sale individually unless they’re a special event coin, and come in a set of 5 or more, the cost of which is less than if you were to add the cost of 5 individual coins.

What Can You Do With Pokémon Coins?

There are 3 things you can do with your Pokémon coins:

1.     Collect them: If you’re a true fan, you must have quite a few sets of collectible Pokémon coins, but if you want to acquire more, there’s many online shopping sites that have users selling their mint condition or used Pokémon coins for a reasonable price.

After collecting, sort them out into frames or boxes, depending on your taste, and invest in sorting equipment for your collectible coins.

2.     Sell them: If you already have a substantial amount of Pokémon coins that are of no utility to you, instead of discarding them, you can sell them on any online shopping site to look for potential buyers who may be interested in your collectibles, but make sure to price them according to how rare the coins are.

3.     Use them in Pokémon tournaments and TCG matches: After the pandemic, the Pokémon world championships have started once again, with local tournaments prevailing as well in different areas of the world, which gives you a chance to use the Pokémon coins as randomizers during the matches.

During TCG matches, there’s a set of rules players have to follow when using a Pokémon coin, one of those conditions is that the coin must be an official Pokémon TCG product released by The Pokémon Company and must be a valid randomizer.

Which basicallymeans that the coin must be fair and impartial to any of the players (unbiased), so most coins used during the matches are fair, and in the suspicion that they’re not, a judge is called forth to decide the result.

What Other Randomizers Can Be Used in a Pokémon Tcg Match?

Any randomizers can be used in a TCG match as long as it adheres to the set of rules specific to a randomizer. A randomizer should be fair, unbiased and impartial, so that the matches can be conducted in a fair and just manner, if they’re not, a judge will be called forth to decide if the randomizer can be used or not.

Instead of a Pokémon TCG coin, any other coin can be used as well, granted it’s officially recognized as authentic and impartial. Recently, tournaments have started using dices to determine heads or tails instead of Pokémon coins, the even numbers representing heads and odds representing tails.

What Pokémon Coin Is the Rarest in the World?

A Pokémon coin can be considered rare if the theme decks or blister packs that it came with have not been widely produced, or if it has a legendary Pokémon printed on it in a holographic or metallic design. Players often try and collect rare Pokémon coins to use during TCG matches to get the upper hand on their opponents.

Pokémon coins are rare collectibles used within the Pokémon TCG matches to determine heads or tails, and are helpful in determining if a Pokémon card has effect or not. Although Pokémon coins are not as common as Pokémon cards, they do have their own value due to them being extra-ordinarily rare, along with some sentimental value attached to it.

If you own some Pokémon coins and are looking to earn some money, the best way would be to register yourself on a shopping and selling site and market your products. Since these coins are considered rare collectibles even the normal coins would sell for $5 to $12.

To answer the question, yes, Pokémon coins are worth money depending on their condition, the material they’re made out of, and the popularity of the Pokémon printed on them. So collect wisely, you never know which coins could amount to a lot of fortune within the near future.