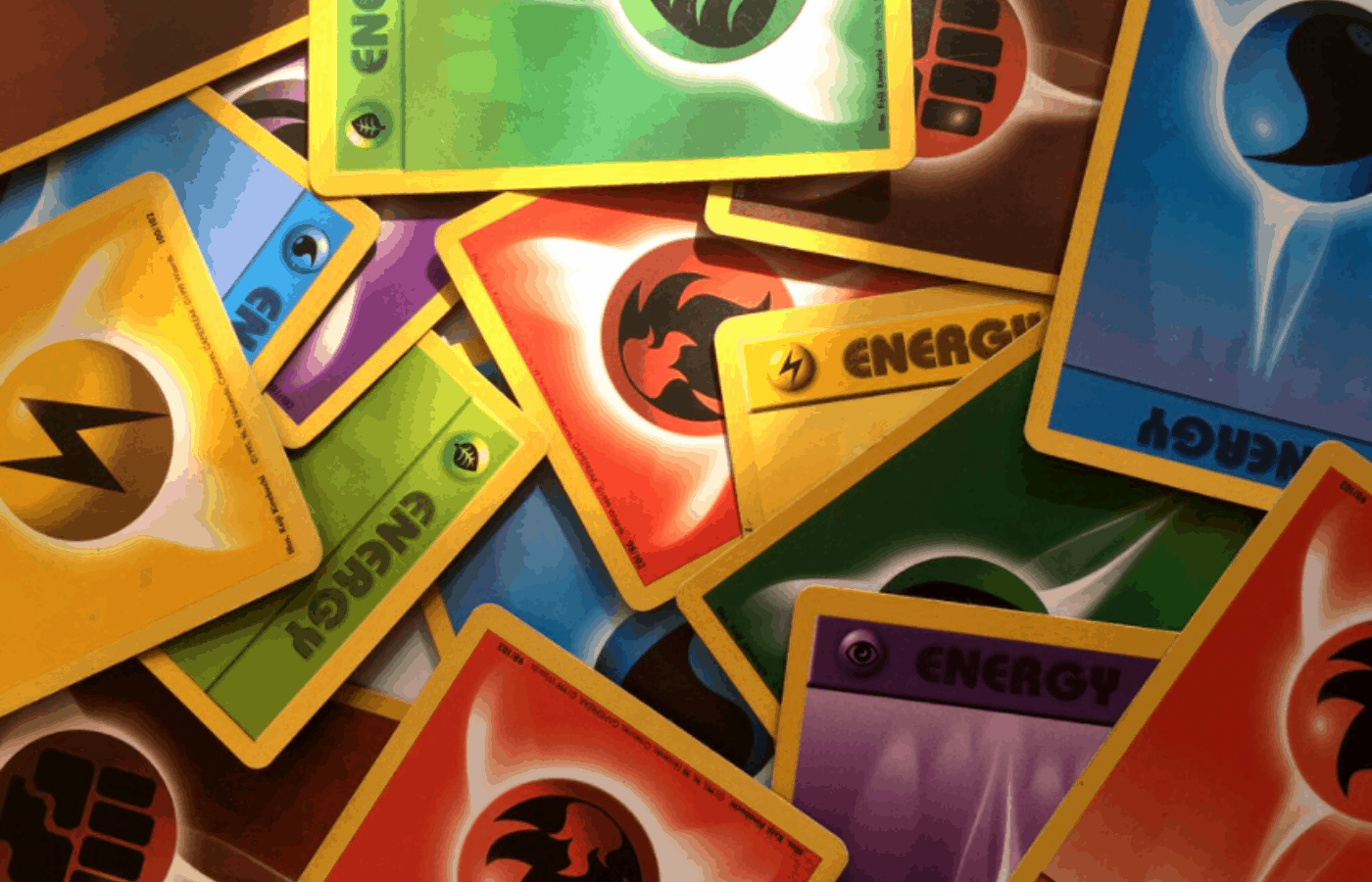 Pokemon energy cards are a key part of the Pokemon Trading Card game. You can’t build a deck without them. As a result, a lot of people wonder about their energy cards and whether they are worth anything.

So, are Pokemon energy cards worth anything? Well, surprisingly, yes. They never used to be worth all that much. However, the Pokemon Trading Card company now provides fewer sources to get hold of them. Since everybody needs energy cards, they will hold a little bit of value. Not huge sums of cash, but they hold their value pretty well.

We do want to expand upon this a little bit. This way you will have a rough idea about what you can do with your energy cards. We don’t really to leave any stone unturned here!

What Pokemon Energy Cards Are Worth Money?

Any of the non-basic energies such as colorless and dragon-type energy are going to be worth something. This is because they are rare, but they can really help to round out a deck so players are able to get their spells off quicker. Although, do bear in mind that unlike basic energies, you can only have four in the deck. These energy cards will rotate out too. This means that you will not always be able to keep them in your deck.

For the most part, your basic energy cards are not going to be worth all that much. They will be worth money, but not huge amounts. So, these energies:

This leaves three basic energies in the game which are going to be worth something. Well, at least a little bit more:

There are a few reasons why these are worth a little bit more than the other basic energies. The first is that they started to be introduced into the game after energy cards were removed from booster packs. This means that fewer are being introduced into the system. It is also incredibly rare for a theme deck to be built around any of these energy types. This means that the only way to get hold of them is from the trainer’s kits.

It isn’t going to be a huge increase in price on top of the basics. Just a couple of cents.

There are some energy cards that have been produced over the years that are holographic. These actually do sell for a rather decent chunk of change. They seem to have only been introduced in some of the battle packs. These can be up to $1 to $2 each. They work in exactly the same way as your standard basic energy, they are just holographic.

Can You Sell Pokemon Energy Cards?

You absolutely can. The great part is that they seem to be an easier sell than most other Pokemon cards. This is because everybody needs energy cards.

Do not expect to get a huge amount of cash for them. The most we have really seen them go for is 5-10 cents each. However, people are probably going to buy them from you.

The best part is that, unless you have the special energies that we mentioned previously, energy cards are never taken out of rotation. So, an energy card from the base set can be used in the current rotation of the game. This means that if you have one of the cooler designs of energy cards, it is going to be an even easier sale!

Are Original Base Set Energy Cards Worth Anything?

First Edition energy cards can sell up to $35 each, but only if they are fully graded PSA 10s. The average 1st Edition card is going to sell for about $2 each. This means that energies are among the cheapest of First Edition cards that you can get.

If that wasn’t enough, these energy cards have actually been reprinted in Pokemon Evolutions. This means that even the most recent sets of Pokemon have cards that look similar to the base set.

As we said before, your energy cards are always going to be worth something. It doesn’t matter where they come from. They are going to hold value. However, don’t think you have anything special just because you have picked it up from the base set. You don’t. Sadly.

What Do I Do With My Pokemon Energy Cards?

Ideally, you would play with them. You have to remember that the Pokemon Trading Card Game is a game. It is right there in the name, after all. In order to play the game, then you are going to need to have some energy cards available. You can’t power the Pokemon without them, after all.

In an ideal world, you should be keeping 40-50 of each basic energy available. This way you can build up plenty of different decks whenever you want. It stops you from needing to take apart decks when you want to build something new. It shouldn’t take too long to get hold of that many basic energy cards either. At the most, you are looking at 2-3 Trainer Kits and that is all that you need. Less if you are a fan of theme decks.

If you really don’t want to keep your Pokemon Energy Cards, or it seems like you have way too many of them, then you can sell them. A lot of people sell them to great success in bundles on sites like eBay, etc. Bundle them up into 10-20 of the same energy type and sell them. We are sure that you will get a few takers.

Should I Sleeve My Pokemon Energy Cards?

If you are putting your energy cards into a sleeved deck then, yes. You have to sleeve them. If you are storing anything other than special energy or holographic Pokemon energy cards, then you probably don’t need to sleeve them. These cards are going to be common enough that it doesn’t matter if they get a bit of light damage.

Most Pokemon energy cards are not going to be worth anything. Unless you have a holographic basic energy or a special energy card, then you are probably going to be getting a few cents per card, at the most.

If you need more Pokemon energy cards then you are going to be able to get them from trainer kits and theme decks.

If you do want to sell your Pokemon energy cards, then bundling them and selling them on eBay or a similar resale website will probably have you earning the most cash.