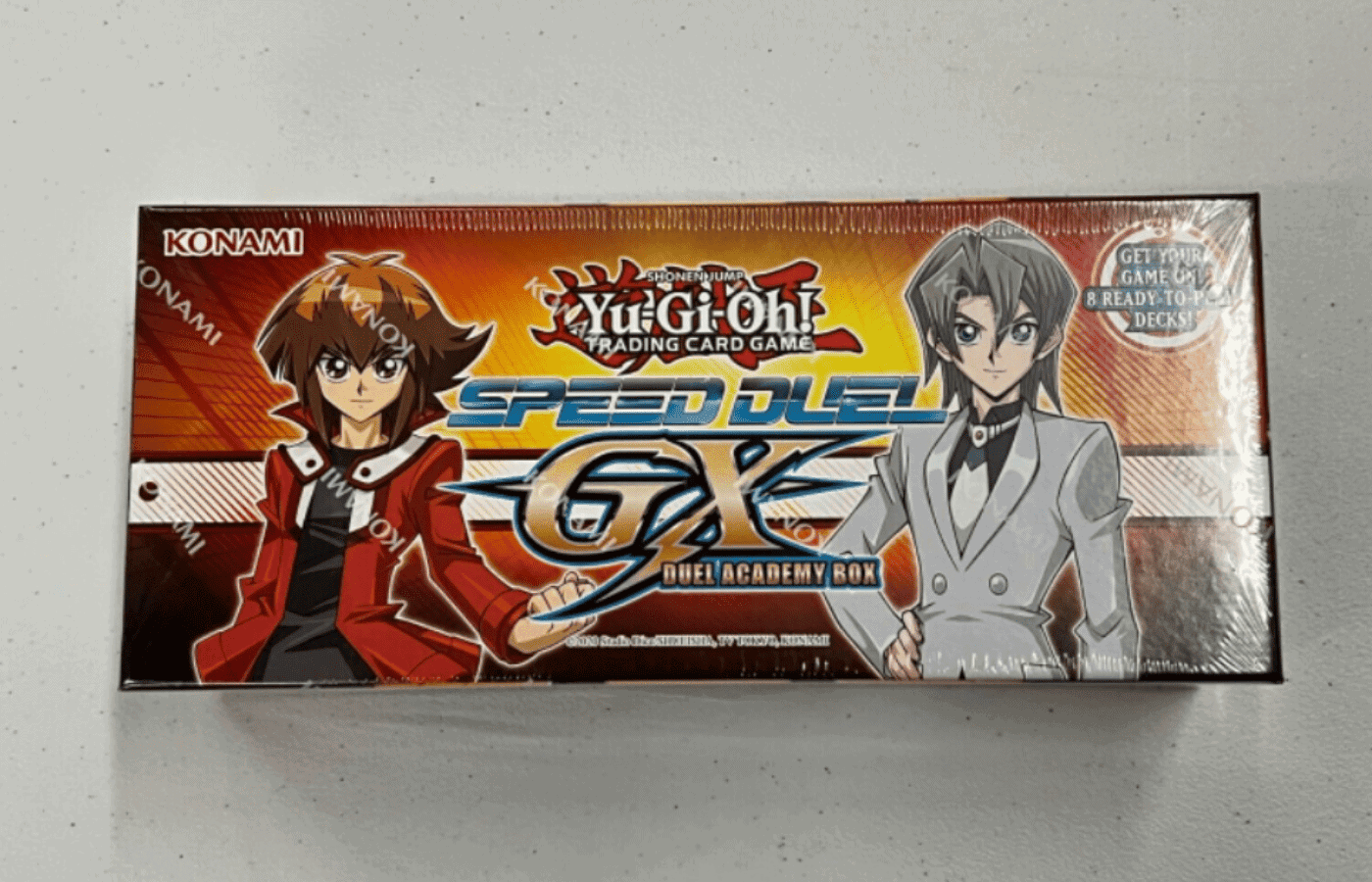 Yu-Gi-Oh Speed Duel cards are cards that have been designed specifically for the Yu-Gi-Oh speed dueling format. They function in a similar way to standard cards, but there are some differences. Because of this, a lot of people wonder whether Yugioh speed duel cards are worth anything. Let’s answer that, shall we?

Yu-Gi-Oh speed duel cards may have had value in the past. However, not so much nowadays. While we certainly wouldn’t say that this is a dead format (it really isn’t), it just isn’t the most desirable format. The real value comes from Yu-Gi-Oh cards that are going to see play in standard tournaments. Anything other than that and the value plummets.

Let’s go into a bit of depth because we know that there may be some of you out there who may not actually know what a Yu-Gi-Oh speed card actually is.

What Are Yugioh Speed Duel Cards?

Yugioh speed dealing cards are different cards from standard Yu-Gi-Oh cards. This is because they have been designed for speed dueling i.e. getting that game over nice and quickly. The rules are simplified, which is supposed to make it a little bit easier for new players that are entering the game.

The team behind Yu-Gi-Oh doesn’t really put a huge amount of effort into the development of these cards, mostly because it is not a hugely popular format. However, there are still a lot of people that like speed duel, which means you may be able to find a decent bit of value in some of the cards.

To check the current price and availability of Yugioh Speed Duel cards, click here to view the selection on Amazon.

Are Yugioh Speed Duel Cards Worth Anything?

There will not be a huge number of desirable cards in Yu-Gi-Oh speed duels. The vast majority of cards that end up in this set are going to be reprints of previous cards, and some of the cards which are incredibly weak. Since the main market for Yugioh cards will always be those that play the standard game, there isn’t really a lot of value there for them.

This isn’t to say that the cards are going to have absolutely no value at all. You have to remember that, at the end of the day, Yugioh cards are still Yugioh cards.

This means that they are going to hold some sort of value for those that want to collect cards, but nowhere near as much as you would expect. Basically, if you are sitting on cards that have come from a Yugioh speed duel set, chances are that you are not sitting on a hidden goldmine for cash.

Are Yugioh Speed Duel Packs Worth It?

If you are planning on playing with the YuGiOh speed duel format, then it may be worth the money. We wouldn’t really recommend that you buy them for investment purposes, though.

Yes. We have seen Yugioh speed duel packs go up in price over time. This is going to happen to all collectible card games. However, Yugioh Speed Duel packs never really see the same boost that their standard counterparts end up getting. In fact, the value seems to climb at the start of the new set, and then doesn’t go up much beyond that.

This means that if you want to actually make money from Yugioh speed duels, then you are going to want to buy the cards when the set launches. If you wait months and months (i.e. when the set has gone out of print), then there is no way for you to make any money.

What Yugioh Speed Duel Cards Are Worth the Most Money?

To be honest, none of the Yugioh speed duel cards carry a lot of value. At the most, you will probably be getting a dollar or two for the cards. You may be able to get 5-10 cents for some of the rarer cards, but everything beyond that will be worth a few cents, at most.

The problem with Yugioh Speed Duel cards is the fact that they cannot be used in the standard version of the game. This is due to the speed duel watermark on the cards.

It would be great if you could, though. Many of the cards that feature in the speed duel format have been taken from the main version of the game. If they could be used, then the cards would probably be worth a whole lot more.

Honestly, if you have unopened Yugioh speed duel cards, then there is probably going to be a lot more value there than if you opted to open the pack. it may only be a few dollars more but money is money, right?

Where Can You Buy Yugioh Speed Duel cards?

You can purchase speed duel decks from anywhere that opts to sell Yugioh cards. In the last few years, Konami have really been working hard to boost the number of speed duel decks and sets that they are releasing. We suppose that this makes sense as they want to get people playing the game.

If you want to buy specific cards, then your best bet is to turn to sites like eBay and Amazon. However, do bear in mind that because these cards often have a lot less value than their standard counterparts, you will often find that individual cards are not available. Instead, you will need to purchase them in bundles of cards.

Yugioh speed duel cards have a small amount of value, but you aren’t going to be getting rich off of them. These cards are worth a couple of cents, at the most.

Don’t let this put you off from buying speed duel, though. While the cards do not have a huge amount of value on the secondary market, they are a great way to introduce new players to the market.

The value of these cards could rise in the future, though. This is because Konami does seem to be putting a lot of cash into the development of the format.