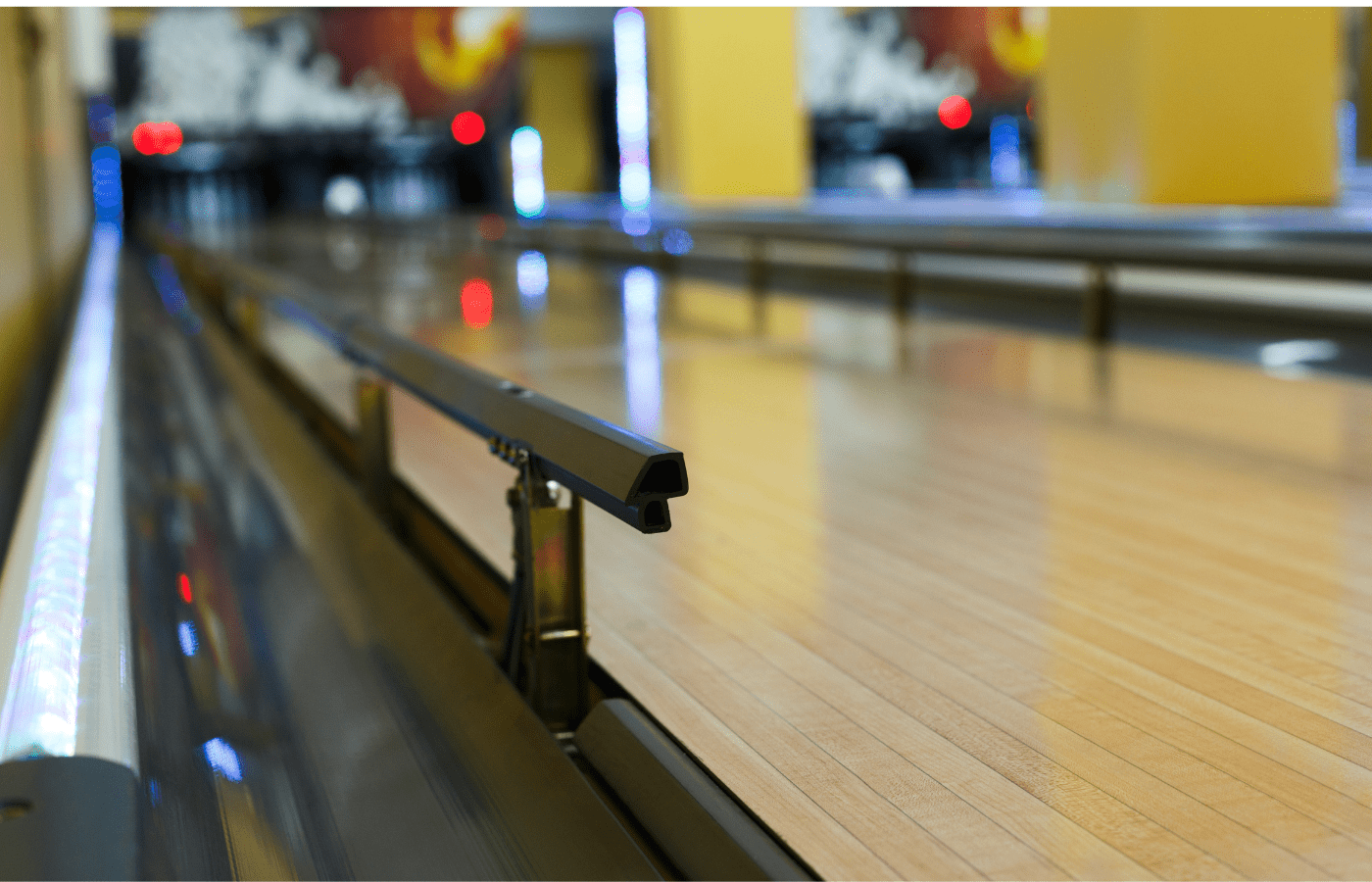 In the world of bowling, bumper bowling is defined as a style of play in which the gutters of the bowling lane are covered in order for the bowling balls thrown by the players to remain on the bowling lane. It stops the ball from falling into the gutter and enhances the likelihood of the bowler striking the pins after the game has over.

It is a pair of rails or covers placed on either side of the bowling lane to block the gutters. This prevents stray balls from falling into them, and also forces the bowling ball back towards the center of the lane. A bowling bumper is also known as a gutter guard or bowling rail.

In certain bowling alleys, technology is installed that allows you to trigger the bumpers from your lane’s score panel, allowing you to save time. Additionally, you are not required to have bumpers up for every person in the lane; rather, you may pick and choose who has bumpers up. Aside from that, they are used to protect little children from falling into the gutters.

When is the Bumper in Bowling Used and How Do They Work?

Bowling bumpers are most commonly used for beginner bowlers and children. Blocking off the gutters allows novice players a more fun experience, all while still learning how to properly throw the bowling ball down the lane.

Placing bumpers in a lane with children enables them to feel successful and confident even if they aren’t able to throw the bowling ball straight down the lane.

Bowling bumpers are available in a variety of shapes and sizes, and your experience may vary depending on where you bowl.

Here’s an explanation of how the different bowling bumpers work, as well as how you may assist your children in using them, so you’ll know what you’re dealing with.

Inflatable Bumpers Made of Plastic

The only type of bowling bumpers available at the inception of bumper bowling were plastic inflatable bumpers that could be inflated whenever needed.

At Jupiter Lanes Bowling Center, mechanics manually loaded the bumpers to build them when players needed them. On the other hand, the plastic inflatable bumpers were abandoned due to the significant physical effort and time required to inflate them. However, some bowling alleys continue to employ these inflatable bumpers with mechanical pumps that increase them whenever needed for a children’s game.

Bumpers Made of Steel

After the inflated plastic bumpers, steel bumpers were introduced, which could be installed on the sides of the lanes whenever needed and did not require any filling.

These bumpers would be hauled out and put as fences on the sides of a bowling lane if a children’s game was being played or any youngster under the age of ten was present.

However, maintaining these bumpers in place, shipping them, and storing them was a difficult task, which is why they were eventually phased out.

The automated retractable bumpers, which are utilized in most high-quality bowling facilities and lanes nowadays, are the most modern and newest modification of the bowling bumpers.

These bumpers are made to seem like they belong on a bowling lane. They are equipped with mechanisms that allow them to be constructed on the sides of the bowling alley on their own whenever needed.

They are planted beneath the bowling alley and linked to the bowling lane’s wiring to behave in this manner. They are more expensive to install, but they outperform other bumpers’ inefficiency and mobility.

How Do You Turn On a Bowling Bumper?

When you first walk into the bowling alley, you can ask for bumpers. It’s possible that the bumpers are already in place, but you can ask for them to be fitted if they aren’t currently there.

If you use bumpers to keep your bowling ball on the lane, your chances of keeping it there increase. The gutter will be enclosed, and bumpers will be installed on both sides of the bowling alley by the maintenance crew. This keeps your ball from veering into the gutter on a consistent basis.

Your bowling ball will bounce back onto the course if it looks that it is on its way to landing in the gutter (again). Alternatively, if the game has already begun and you learn that your abilities lie elsewhere, you might request bumpers.

How Do You Win at Bumper Bowling?

However, because you must toss the bowling ball straight (or curve the ball) in both traditional and bumper bowling, the odds of hitting a strike (hitting all ten pins) do not improve with bumper bowling.

In bumper bowling, the goal is to throw the ball hard enough to knock down all the pins without the worry of your bowling ball landing into the gutter.

Can Adults Use Bumpers When Bowling?

Adults can definitely use the bumpers when bowling. Bumper bowling was designed for small children, but is also great to use for beginners or novice bowlers of all ages.

If you’re a novice bowler, or a child, bumper bowling helps make the game attractive and fun for players that are not as skilled at bowling. It stops people who aren’t very good at bowling from getting angry or frustrated when the ball keeps going into the gutter.

Bumper bowling is great for beginners because it lets them work on their technique while still bowling and competing with family and friends.

If you want to be more accurate, you might use the ramp in addition to or instead of the bumpers to do this. Young people mostly use bumpers in bowling to make sure they hit the pins and have fun.

As stated by his wife, Philip’s primary motive for developing this piece of equipment was so that their toddler boy, who was three years old at the time, could play with his father without weeping because all of his balls were ending up in the gutters.

Jupiter Lanes is now closed. As one of the largest bowling centers in Dallas, Texas, Jupiter Lanes entertained more than 2,500 children on school field trips, birthday parties, and other events every single week. He considered it one of his most significant accomplishments to have turned their grief and sorrow into a delight for the children.

Philip said that while bowling bumpers may provide your children with a significant edge over you, they will be happier at the alley, take a greater interest in the game, and eventually learn to bowl without the need for bumpers, which is the essential thing to remember.

As a result, Kinzer continued to reimagine the bumpers and design them as user-friendly as possible. He began by purchasing cardboard tubes and laying them on either side of the lanes. After realizing that this was a viable option, he switched to inflated plastic cushions to make the lanes more comfortable.

Finally, automatic bowling bumpers are now being employed, which are simple to set up and may assist youngsters in having a good time with the rest of the adults at the bowling alley.

Bumpers in bowling are used for the sole purpose of keeping the bowling balls out of the gutter, and in the lane. Simply speak to an attendant at your bowling alley for assistance with installing bumpers in your lane.

All in all, bumper bowling helps bring all players to an equal ground to make the game of bowling fun for all ages and skill levels.

Some may argue that it can take out the competitive nature of bowling, but in that case you can just use multiple lanes to split up players.