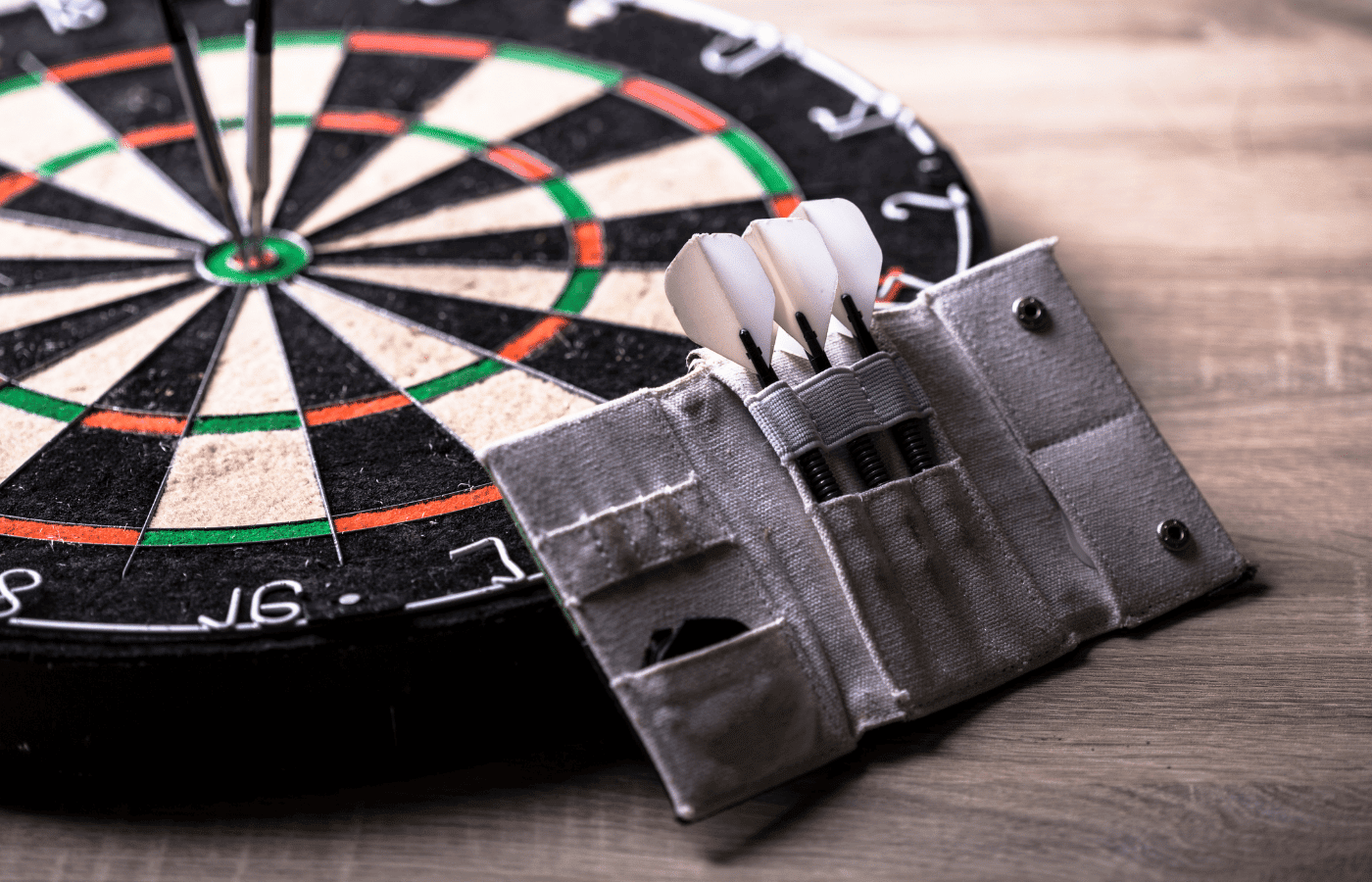 You can change darts during a game. Players are allowed to change darts up to three times mid-game under certain circumstances. Legitimate reasons for players to change darts can include replacing damaged equipment, adjusting darts due to discomfort or pain with use, or utilizing the correct dart for a particular throw.

There’s nothing like the thrill of a dart striking the center of the dartboard. Whether it’s a friendly bar challenge or an official tournament, knowing the rules of the game will ensure that you leave the game a winner, no matter the score on the board. As a dart player, it’s important to memorize the rules so you can avoid penalties and focus with confidence on your game.

Many players consider it a bad habit to regularly switch darts during a match. You should use a set that is comfortable and appropriate for the game whenever possible. At the same time, players can encounter damaged darts, physical discomfort, the need to change it up for doubles and triples, or find that darts that worked correctly in a practice environment develop a poor throw in the tournament room.

Can You Change Darts During a Game?

Maybe your darts broke during a match. There’s the possibility that you chose the wrong darts and only realized it during a tournament. Maybe you entered the game using one kind of dart and then found that those darts hurt your fingers. Room temperature and atmosphere can also have an impact on a dart’s performance.

You might have practiced a thousand times in a cool, dry space. One type of dart might fly perfectly straight to the center of the target every time.

Then on game day, the room grows hot while you are on stage. Suddenly, the dart becomes awkward in your fingers. It wobbles through the air, veers to the side, or bounces off the target.

Professional dart players such as Scottish World Champion Gary Anderson, who plays for the Professional Darts Corporation, have switched darts in the middle of a game. Professional darters demonstrate that it is acceptable for you to change darts during a game under specific circumstances.

According to the American Darts Association, the ADA permits a player to replace lost or damaged equipment in the middle of a game. You are given five minutes to complete the change. Most official rules do not restrict a player from changing darts mid-game. It’s fine to change darts as long your darts are within the limits and you are not constantly switching out darts during Legs and sets.

Did you know that Unicorn Darts Noir – Gary Anderson 90 Percent Tungsten Darts were designed in collaberation with Gary Anderson. They feature a 23g dart, includes 3 Sets Noir Ultrafly Flights, and a custom barrel for maximum grip.

How Often Can I Change Darts in a Game?

According to the Darts Regulation Authority Rule Book, you can use 3 different darts during a game. Players must let the tournament director or referee know that they plan to switch darts before the game starts. Despite a general rule of a five-minute time allotment to change or repair darts, the timeframe allowed is often left to the discretion of the tournament director or referee.

Just ensure that you change your dart sets quickly and professionally within the allotted timeframe. Players who take too long to throw the next dart will likely face a restless crowd.

Keep in mind that you should follow the specific rules both for your organization and your state or country. For instance, American and British tournaments can have different dart rules that apply to players representing those countries.

What are the Benefits to Changing Darts During a Game?

We established that players can switch darts, with the match leadership’s approval, up to three times during a game. Before you take this step to prepare for this event and obtain the referee’s approval, you may want to know, what are the benefits to changing darts during a game?

Some players report that specific flight-stem combinations are often more accurate on bulls than on numbers. If you find that certain types of darts work better for different types of games, you are allowed to change darts during the game to ensure that you are working with the correct equipment.

Check that your dart shaft lengths and dart flight are within rule limits and appropriate for the type of match. Stick with larger shafts and aerodynamic designs for a controlled throw. If you need to throw hard and fast, consider switching to a dart with a smaller flight.

Can I Use a Different Dart Set for Doubles and Triples?

According to official darts rules, no rule specifically states that you cannot switch darts between doubles and triples. It appears to be possible to change to a different dart set for doubles and triples. Check out your local match guidelines before game time. If you are permitted to switch between doubles or triples in legs, then you should switch quickly between legs without delaying the game’s momentum.

It is best to check with referees about tournament rules for your state, country, or world-level competitions. We advise also informing the referee about your plan to change darts during a game.

If you are confident about your ability to change darts during the game and which type of dart to select for doubles and triples, this knowledge can help you avoid darts that bounce back and off-target throws.

Know which factors, such as atmosphere and game type, can determine the moment to switch between different kinds of darts during a match.

Many online retailers sell economy shaft and flight combination packs. Experimenting with these dart different combinations can help you pinpoint the best darts to take your game to the next level.