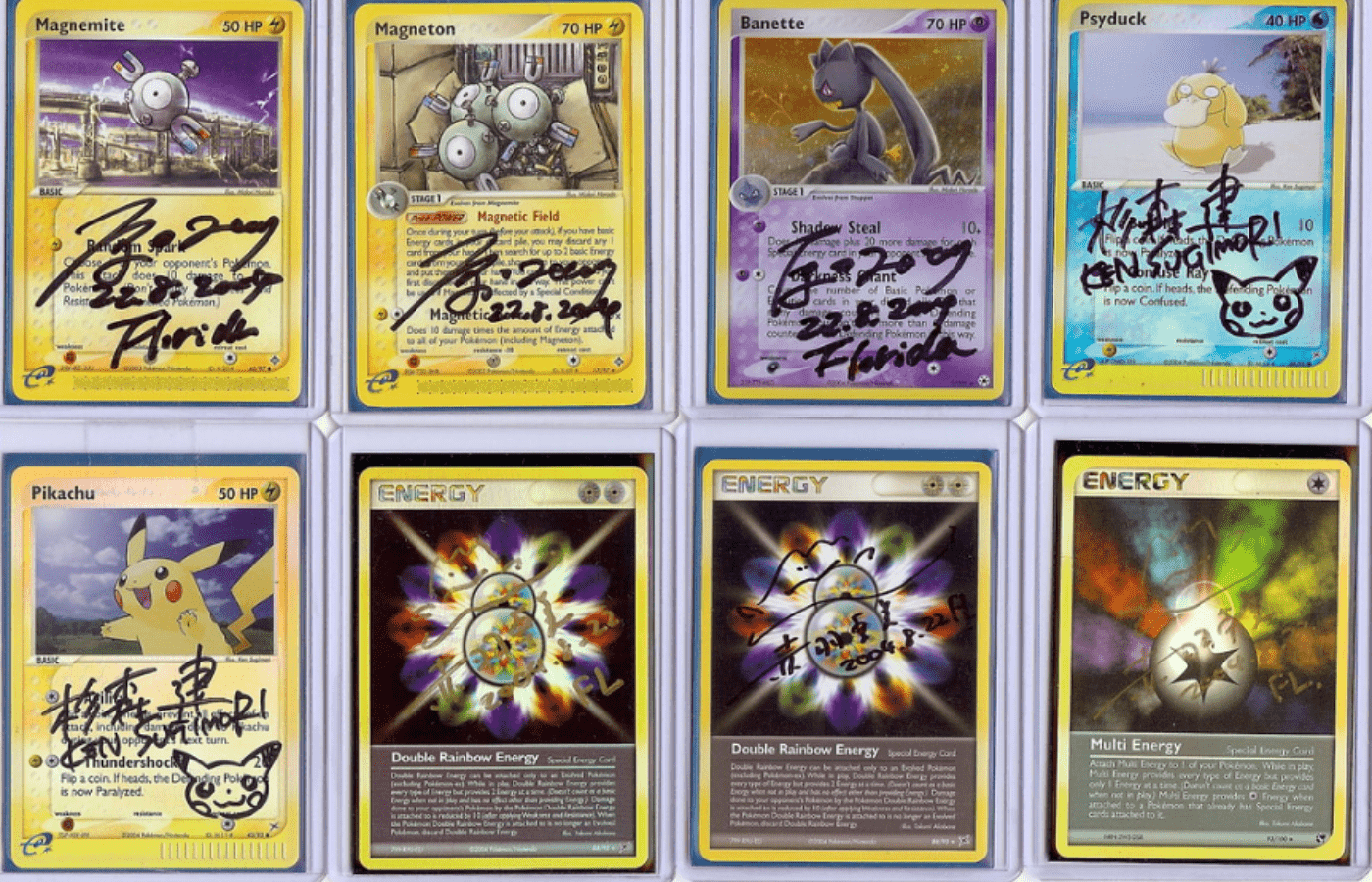 Many children have drawn on their Pokemon and sports cards over the year. Sharpie is probably the most common pen type here, which can be somewhat annoying as it is designed to be permanent. But, can you remove sharpie from Pokemon or sports cards?

You can remove sharpie from Pokemon and sports cards. However, do bear in mind that it is going to be evident that sharpie was on the card at some point. So, don’t think that you are going to be getting that card back in pristine condition. That’s impossible.

Let’s explain. We also want to give you a bit more information on how you can remove the sharpie from Pokemon and sports cards.

Can You Remove Sharpie From Pokemon/Sports Cards?

You can. However, you may want to weigh up whether you really need to do it.

A lot of people have the idea that by removing the sharpie from the cards, they are going to end up with something that is in pristine condition that has suddenly gained in value. That isn’t the case.

Now, there is no denying that a card without a sharpie on it is probably going to be worth more. However, you do need to remember that it is going to be blindingly obvious that there was a sharpie on the card at some point. You may not have bright colors on the card, but there will be marks where the sharpie was, etc.

We recommend that you only remove sharpie from your Pokemon or sports cards when you need to do so. This means if you are planning on selling the card on. If you are planning on getting it graded, then there is probably no point. The graders will know that you have just removed some Sharpie.

How Do You Get Sharpie Off Of Sports Cards?

Surprisingly, it isn’t that difficult to remove Sharpie from sports cards. You will need some sort of cleaning alcohol and a wipe. By using the cleaning alcohol on the Sharpie, it will make the ink wet again, which will allow you to wipe it off.

Do bear in mind that the cleaning alcohol may change the color of the sports card ever so slightly.

Alternatively, you can draw over the old Sharpie with a new Sharpie. Because Sharpie is alcohol-based, this will activate the old ink, which will also allow you to just wipe the sports card clean.

How Do I Remove an Autograph From My Card?

It is very, very rare that a card loses its value with an autograph. The one exception is if the card has been signed by somebody other than those depicted on the card.

If a ballpoint pen has been used to write the autograph on the card, then you will really have your work cut out for you. This is because ballpoint pen is incredibly difficult to remove.

Your best bet here is to use some sort of acetone on the card. This is essentially nail polish remover. This will allow you to wipe most of the ballpoint pen marks off.

If you have an autograph written in Sharpie, then you can write over the old Sharpie with some new Sharpie. This will make the ink wet again and, as long as you act within a couple of seconds, you should be able to wipe the old Sharpie off (as well as the new Sharpie). If you let the Sharpie dry, then you have double the mess.

How Do You Get Sharpie Off Of Pokemon Cards?

Unless you are planning on selling your Pokemon cards, we recommend that you leave the Sharpie on there. It is tough to remove, and there is a chance the removal process may lead to a small amount of discoloration on the card.

If you absolutely must remove the Sharpie from your Pokemon cards, then you can dab a small amount of cleaning alcohol onto the Sharpie. Make sure that you cover as little of the rest of the card as possible.

After a few seconds of the cleaning alcohol sitting on the Sharpie, the ink will become wet (i.e. reactivate), and you should be able to wipe it clean. Be gentle here, and make sure that you use a soft cloth to ensure that you are not destroying the Pokemon card when you wipe. You may have to repeat the process a few times.

The only way to get rid of permanent Sharpie is to reactivate the ink.

Sharpie is supposed to be permanent, but it isn’t. It is an alcohol-based ink. When the alcohol evaporates, the Sharpie will dry. This means that you simply need to reactivate it by adding alcohol to the card. You can use one of the following for this:

Do bear in mind that depending on what the Sharpie is on, there may be a small amount of discoloration when you remove it. There isn’t anything that you are able to do about this.

You can remove Sharpie from Pokemon or sports cards, and it is easier than you may think.

All you need to do is add some cleaning alcohol to the ink, wait for the ink to become wet, and then wipe the Sharpie off. If you do not have cleaning alcohol, you can even draw over the old Sharpie with a new Sharpie. This will also reactivate the ink. This will allow you to wipe it off easily.

Do bear in mind that there may still be traces of Sharpie or discoloration to the card.