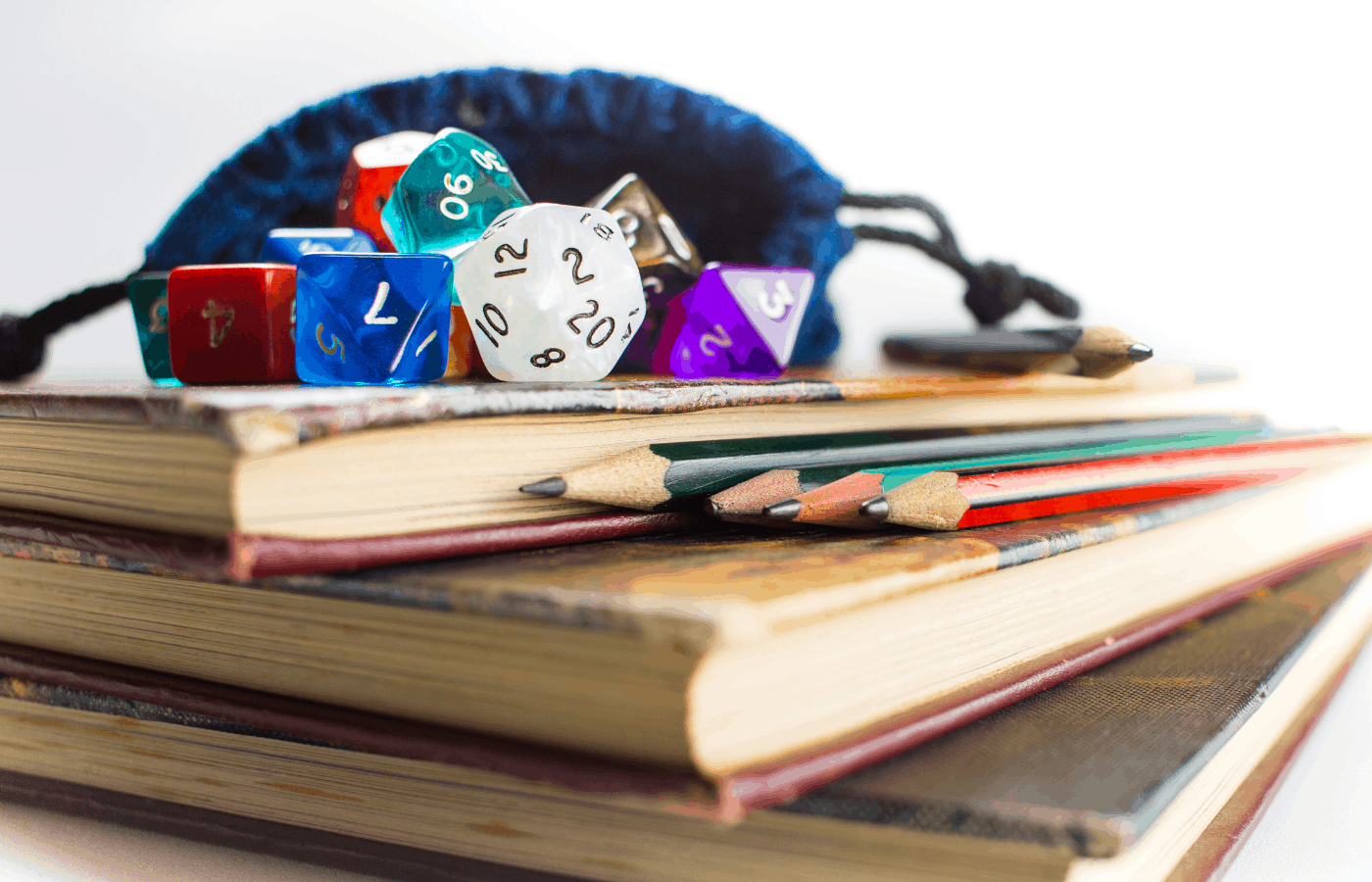 You will often find that people refer to Dungeons and Dragons as a board game, partly because some people do not actually understand what the game entails and, in other cases, because it is probably the easiest way to play it. However, DND does not actually require a board. Well, not the most recent version of the game. This is the 5th Edition, and it is the one that you will encounter the most.

In the past, the 4th Edition would have used a board for gameplay or at least a grid of some sorts. This is because the use of a grid for gameplay was pretty much baked into the rules. Since people loathed this so much, Wizards of the Coast haven’t attempted to use a board in the game again. You are probably never going to be playing the 4th Edition, so don’t worry about that too much.

The whole reason why Dungeons and Dragons doesn’t require a board is that it is played in something known as the ‘Theatre of the Mind’, which is really just a fancy way of saying that people imagine everything that happens in the game. You don’t need a visual representation of it. That being said, there are some people that will try and play the game with a board. It doesn’t really change up the way in which the game is run. However, it does make it a whole lot easier to visualize certain placements, but we will talk about that shortly.

Was DND Originally a Board Game?

DND was never originally a board game. From the get-go, DND was designed to be played in the ‘theatre of the mind’, although that doesn’t mean that the game doesn’t have roots in things that could be classed as board games.

Back when Gary Gygax and Dave Arneson were playing around with the idea of Dungeons ; Dragons, they were heavy players of miniature wargames. These were, essentially, small armies that you move around on the field. It wasn’t around at the time, but Warhammer is probably the most famous miniature wargame in history. These, of course, used a board.

The pair wanted to try and shrink down this idea into something much more personable. Rather than controlling an army, a person would be playing as an individual. At this point, a board was no longer needed because everything could be played through sheer discussion and the development of relationships between people.

That being said, while DND was never originally a board game, there have been a variety of board games with the Dungeons ; Dragons logo emblazoned upon them. These are not versions of DND, but board games set in the world of DND.

Can You Play DND On a Board?

As we said before, the 4th Edition of DND requires a board. We know that there are some people that have played 4th Edition DND without a board, but having a board is so tied up there in the rules that it was almost a requirement.

Because 4th Edition almost killed the game (and resulted in competing game, Pathfinder coming to be), Wizards of the Coast backtracked on the whole requiring a board thing with 5th Edition, which is likely going to be the DND that you encounter the most nowadays. For example, if you watch shows like Critical Role, they will be playing something similar to 5th Edition, albeit with a couple of rule changes. You will notice that there isn’t a single board in sight.

That being said, you can play DND with a board and plenty of people do. While playing with a board isn’t going to change the game up all that much. It does make it a whole lot easier to visualize certain things that happen when you play the game e.g. for drawing maps, combat, or just positioning miniatures. We will talk about that in the next section, though.

We recommend this DnD board. It’s awesome because it’s portable, comes with dry erase markers, is double sided, and is a must have for any RPG enthusiast.

How to Play DnD With a Board

If you absolutely must play Dungeons ; Dragons with a board, then you can play it however you want. There are no set rules to play DND with a board. All that really seems to be required is that there is some grid pattern on the board. The way we see it, there are three ways that you can approach playing DND with a board:

This is probably the main reason why people play DND with a board.

If you read through the DND rules, you will notice that a lot of them relate to distances and how far away a character is from a target, particularly when it comes to spells.

The placement of miniatures will give the players a good idea of how far apart they are from the enemy. It should also give the DM a decent idea of whether certain spells hit, can track movement, etc.

This is one of our favorite uses of a board in DND.

If you are playing the game then, sooner or later, people are going to need to head into a dungeon or two. While the DM could do a brilliant job in explaining the layout of a dungeon, sometimes it is best for them to just draw it out. The players can see more of the dungeon the more that they explore it.

It doesn’t need to be anything too fancy when you draw the map, so do not worry if you are not a decent artist. If you can draw a couple of lines, then you are pretty much going to be fine.

The final option is to just layout scenery. If you start to take DND seriously, then you will pretty much start collecting a lot of scenery. When we are playing DND, we absolutely love to place it right out there on the board. This way, people will be able to see what a town, dungeon, city, or the landscape looks like. It just makes things in the game a little bit easier to visualize.

You can combine the scenery with the other two options if you really want to play the most epic game of Dungeons ; Dragons imaginable.

Unless you are playing the 4th Edition of Dungeons ; Dragons, you will not need to use a board when you are playing the game. There is nothing in the rules that requires you to be doing anything other than rolling dice and discussing the situation. This is one of the reasons why the game is so popular. You can do it with the most limited number of resources.

That being said, if you want to make the game a little bit more visual, then you can use a board. The rules don’t change at all when you use that board, but it can be handy with combat and dungeon maps.

Honestly, if you are a DM, just ask your players how they would like to play. Everybody has their own ideas about the perfect DND game, so make sure that you go with the majority. This way, you will be able to enjoy the most amazing game possible with your group.