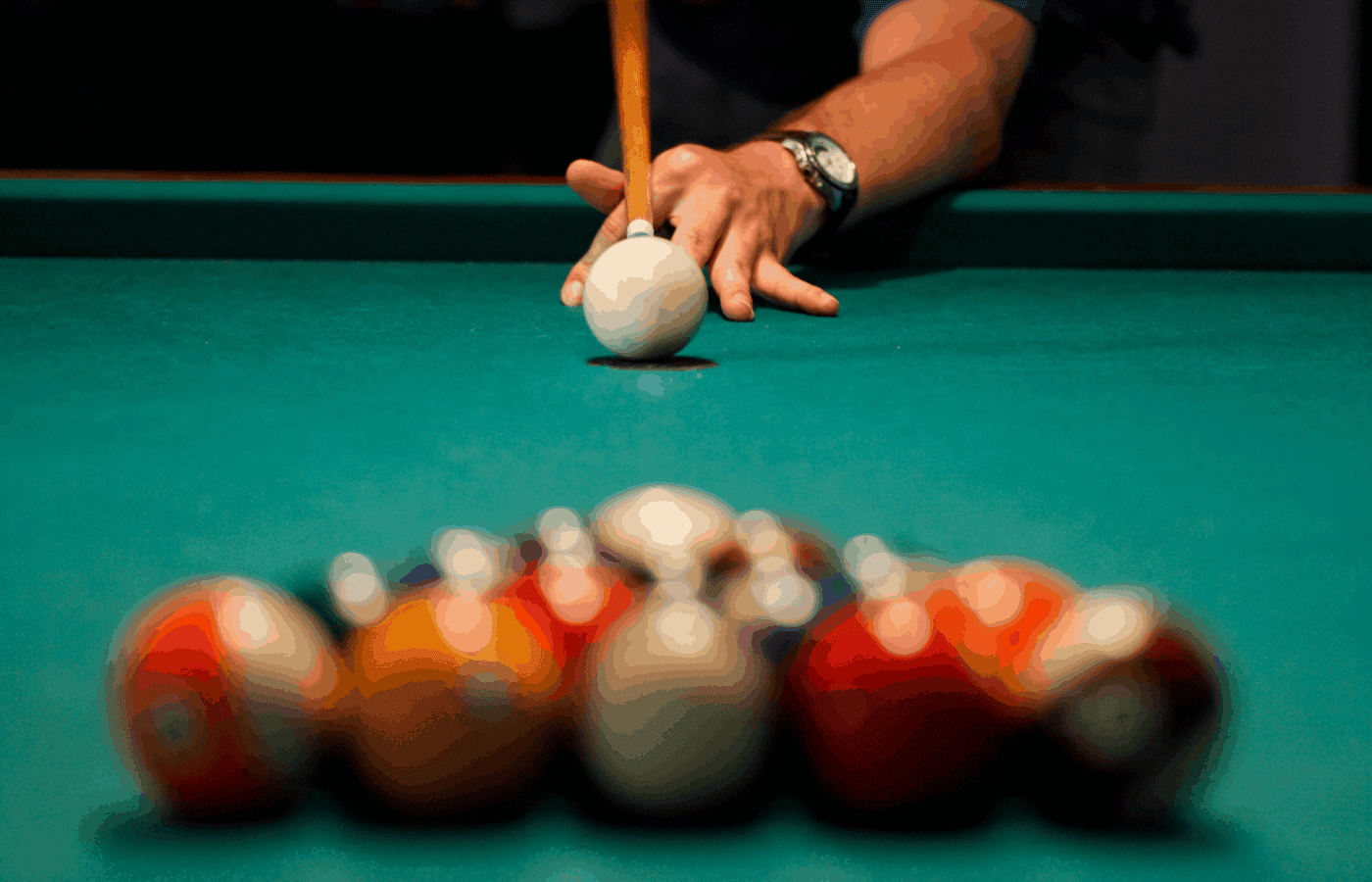 Pool and snooker are both billiards sports. They both involve you hitting a cue ball with a cue in the hope of pocketing a ball. While there are similarities between these games, there are a few differences too.

A common question that is asked regarding pool and snooker is, does playing snooker make you better at pool?

The answer is yes! There is a lot of overlap between snooker and pool. As a result, there are some transferable skills. You certainly would have an easier time getting better at pool by playing snooker as opposed to the other way around, although we will take a look at that in a short while.

How Playing Snooker Will Benefit Pool

As we said before, both snooker and pool are billiards sports. They both require you to pocket balls after hitting a cue pool.

If you play snooker, then you are going to be picking up one of the most important skills for playing pool. This is lining up your shots.

The more snooker you play, the more you will learn about putting a spin on a ball. You will also know exactly how to hit a ball to get it to go where you want.

Snooker also places a major focus on ball positioning. If you only play pool, then you never the opportunity to learn that much about ball positioning as you should be pocketing the balls rather quickly.

However, it is important that you do learn about ball positioning because, if you do, your pool game is going to be taken to a whole other level. You will be virtually unbeatable on that table!

It is actually worth pointing out at this stage that many of the top snooker players have been pool champions at some point.

Never once in the history of the sport has a top pool player ended up transitioning to snooker and becoming a champion there. This goes to show just how important playing snooker is for pool.

When we discuss pool here, we do want to point out that we are discussing English rules pool. This game plays very similarly to snooker, and thus it is easier to get better at English rules pool when you know how to play snooker.

American pool plays differently to English rule pool. While there are a few key differences, the major one is that at least one ball has to hit a cushion on each shot unless you pocket a ball.

This means that the play style is a touch more ‘aggressive’ than either snooker or English rule pool. This can have a major impact on the way that the game is played.

It makes the skills that you pick up in snooker a lot less transferable. This is because snooker focuses heavily on the calm and calculated plays.

It is also worth noting that American pool will have softer cushions than English pool or snooker. This means that when the balls do come into contact with the cushions, they will bounce off in a slightly different way.

This means that the shots are going to be a lot more unpredictable if you are only familiar with the English game.

There are a few differences between the games.

This means that the way in which you hit the balls is slightly different. Now, don’t get us wrong, there will be some transferable skills here. However, a professional player at snooker would never be able to make it to a professional level in pool due to the size difference.

We know that there are some people out there that play snooker with a pool cue. Please don’t do that. It doesn’t work. You won’t be picking up any skills. All you are really going to be doing is hampering your game of snooker. The same as if you play pool with a snooker cue, it doesn’t work at all.

Snooker tables are also a lot larger than pool tables. This means that you often have to hit the ball a lot harder than you would in pool. If you tried to hit a pool cue ball at the same intensity you would hit a snooker ball, then that ball is likely to go flying off of the table!

Can Pool Allow You To Learn Snooker?

Sort-of. However, that is for the same reasons as before. Playing any cue sport will allow you to learn how to line up shots and how to apply the right amount of power.

The one thing that you do have to remember is the fact that a snooker table is going to be far, far larger than a pool table. This means that pool players will often under hit their shots when they are jumping onto a snooker table.

Although, this may actually benefit them. After all, the whole purpose of snooker is to be a bit slower and less aggressive in the way that you play.

This means that if you do not play your shot properly, then you could be opening your opponent up to a decent break. This never happens in snooker because, unless the both of you are on black, you will always be aiming for different balls.

The only real rule difference that pool players will have to remember that breaks in snooker are a bit slower. In pool, the opening break requires at least four of the balls to hit the cushions. This isn’t a rule in snooker. You can hit the balls as gently as you want, as long as you hit them.

Where possible, try to play actual pool as much as you can. The only time that you should really be playing snooker to improve your pool skills is because you only have access to a snooker table.

However, let’s be honest, this is rare. It is easier to find access to a pool table than a snooker table. After all, pool tables can be found in just about every pub.