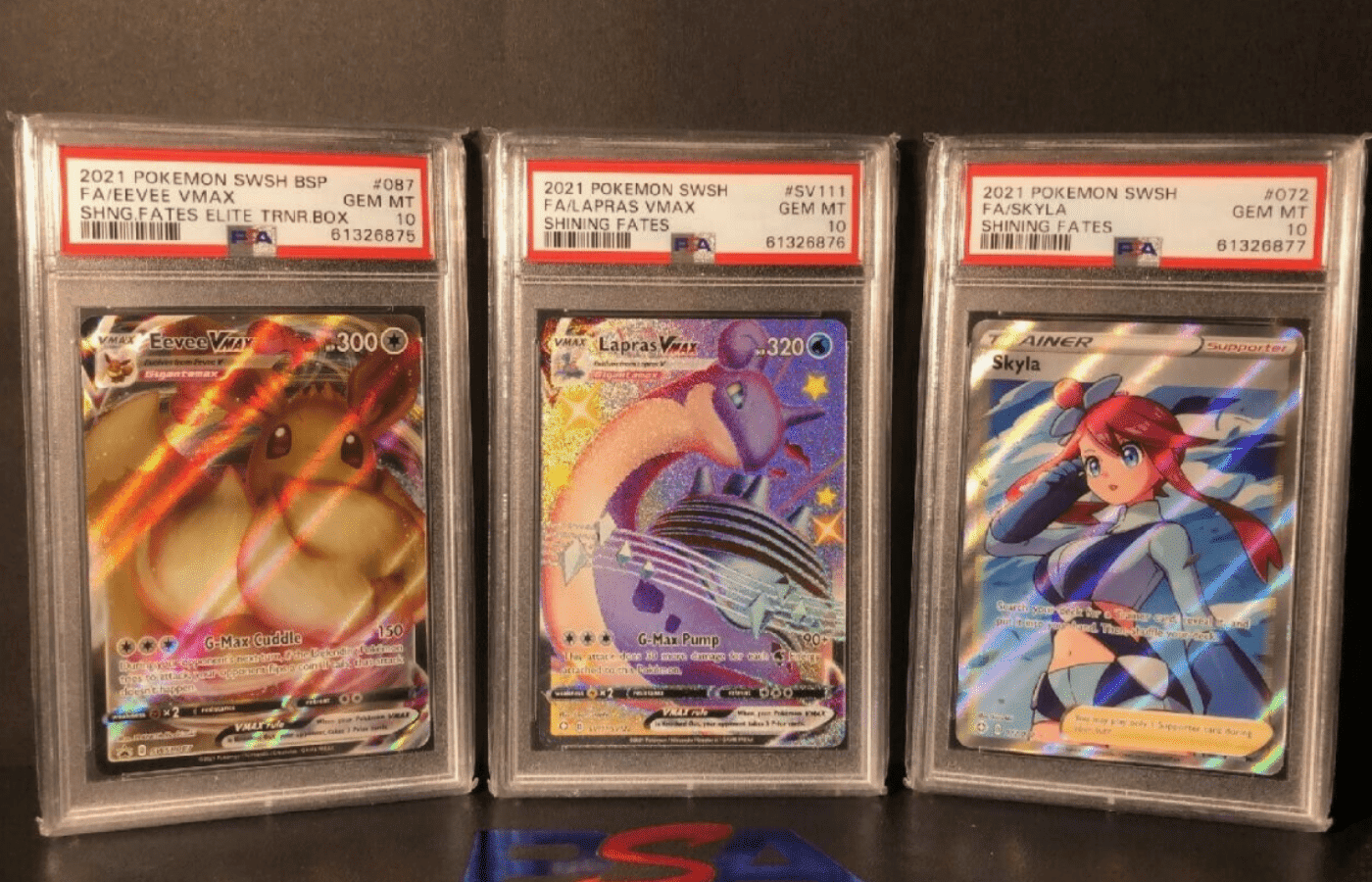 When you send Pokemon cards or sports cards to the PSA for grading, it’s recommended not to send them in with top loaders. If you want to protect your cards during shipping, you should use a card saver. A card saver will not slow down the process but will likely not be returned.

PSA typically doesn’t return top loaders, screw-down holders, or hard acrylic cases. These types of protectors are also known to slow down the process, which will cause a delay in your cards’ grading. Card savers are a preferred choice because they are sturdy and flexible, making them easier to get into.

If you’re planning on sending any of your Pokemon trading cards collectible sports cards to Professional Sports Authenticator for grading, you likely want to make sure they are safe during shipping. However, sending your cards in top loaders may not be the best idea. Keep reading to find out more.

Do You Get Your Top Loaders Back From PSA?

If you have invested in top loaders for your card collection, don’t send them into the PSA. Not only will it delay the grading of your cards, but you also won’t get them back. Until recently, PSA advised people not to send in cards with top loaders. However, during the COVID-19 pandemic, there was a shortage of many things, card savers being one of them.

Since there was a shortage of card savers, PSA decided to temporarily allow people to send their cards in using top loaders for protection. Top loaders were the next best thing to card savers for not allowing the cards to move around during shipping. Everyone who was planning on sending top loaders into PSA was recommended to put the cards in penny saver sleeves first.

Does PSA Send Back Card Savers?

Card savers are the top choice when sending cards to PSA. However, don’t expect to get them back. While PSA has never officially stated why customers don’t get their card savers (or top loaders for that matter) back, there is some speculation as to why.

PSA receives thousands of cards each day for grading. To make sure the cards are properly identified, there are stickers placed on the card savers. Then, to speed up production, the card savers are cut to easily pull the cards out. This makes them no longer useable to send the cards back in.

Cutting them was part of the reasons PSA didn’t want people to send their cards in using top savers before the shortage. They can not cut into top savers, so they take longer to get into. Card savers allow for a quicker grading process.

Are Card Savers the Same as Top Loaders?

Card savers and top loaders are different. PSA prefers cards to be sent in using card savers because they fully protect the card. People don’t have to worry about the card falling out of place during shipping. Card savers also have tabs that make ejecting the card quicker, especially after the card savers have been cut.

Top loaders aren’t preferred when sending cards to the PSA because they aren’t the right size. Cards will easily move around as the package is transported. While the top loaders may seem like a better choice because the plastic is thicker and won’t bend, the cards bounce around too much.

However, when it comes to storing a personal card collection, a lot of people prefer top loaders. It’s common for a collector to invest in both top loaders and card savers. They will use the top loaders to safely store their collection and then use the card savers when they mail cards to PSA for grading.

How Long Does It Take To Get a Card Back From PSA?

When it comes to getting cards graded from the PSA, it’s difficult to predict the exact turnaround time. The company is delayed in grading the cards, so current customers are waiting longer than they were in previous years. To make determining the turnaround time even more difficult, PSA doesn’t grade cards in the order that they are received.

While this may be frustrating, one good thing is that people can keep track of their orders when they send cards in to be graded. On the PSA website, customers can use the online order tracker to see what stage their order is at. This section gets upgraded multiple times a day.

As mentioned above, cards aren’t graded in order. This is because there are multiple different service levels to choose from. Those who are willing to pay extra for quicker service will receive their orders first. Previously PSA offered value and regular service, but these services have been suspended as of March 2021 until further notice.

Currently, these are the services being offered and the approximate turnaround time. (Please keep in mind that all PSA orders are currently delayed so orders may take longer than expected).

If you collection Pokemon trading cards or sports cards, you may want to have them graded. This is important if you ever want to sell cards in your collection later on. Serious buyers are more likely to put down money if the card has an authentic grading from PSA.

After mailing your cards in, don’t get your hopes up for getting the card savers and top loaders returned. PSA typically doesn’t return the protective casings they were received in. This is likely because they get destroyed when removing the cards for grading. However, cards will be packaged safely from PSA for returns.

link to How to Become a Lego Distributor

To become a Lego distributor you need to firstly get in touch with Lego. Click here to be taken to the Lego website where you can reach out to them. There are also many different Lego distributors...

LEGO is a toy for almost all ages (yes, they have toddler-safe toys now too!). Children, teenagers, and adults alike can get lost in their imaginations as they become the Master Builders of their own...