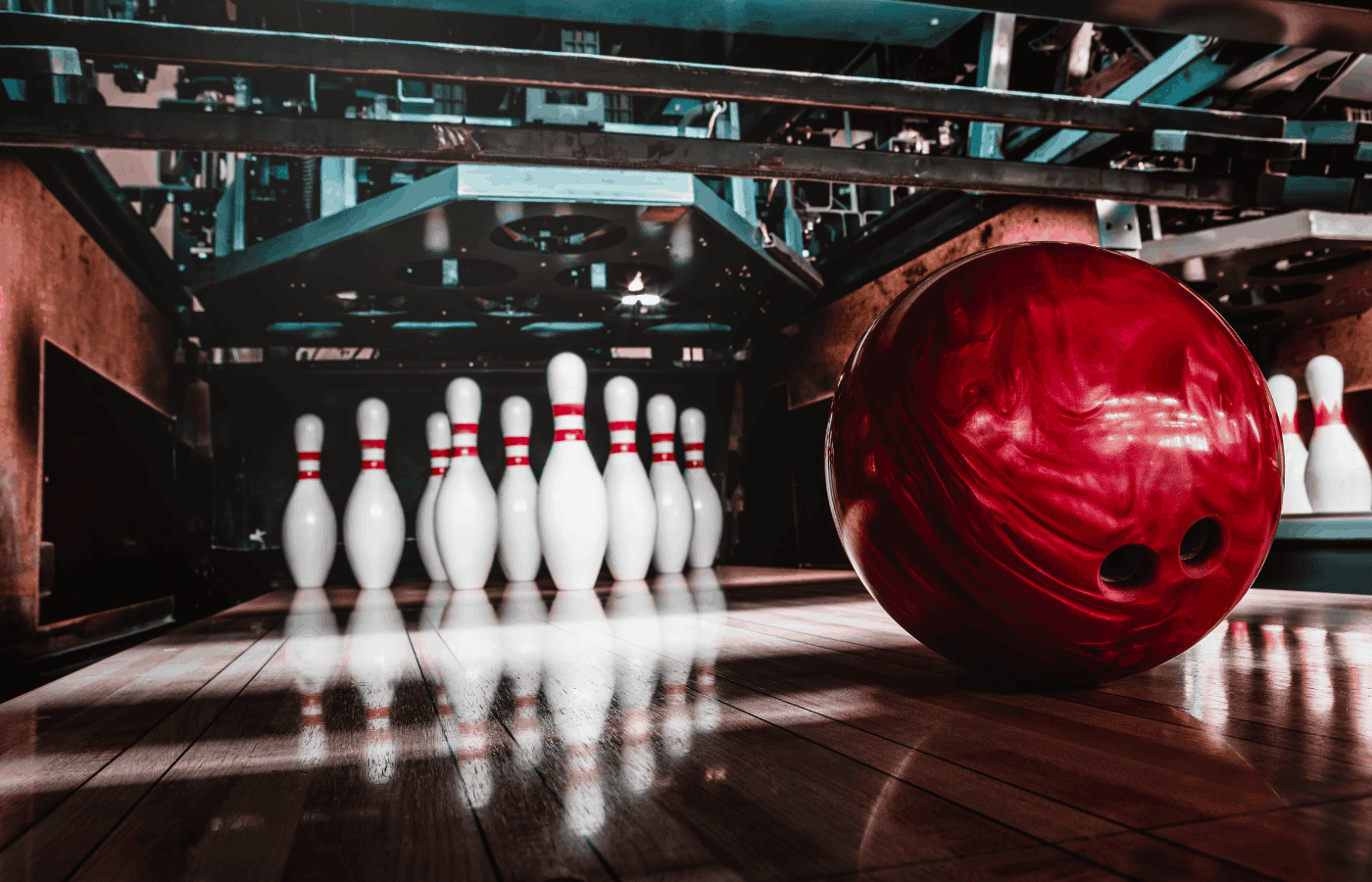 Professional Bowlers’ Association (PBA) bowlers make the majority of their money through tournament participation, paid sponsorships, and appearances at events. As professional athletes, PBA bowlers reach money-making status through a combination of talent and regular participation in championship events that leads to them being discovered as top performing athletes.

Like any other area of professional sports, PBA bowlers can make a range of different incomes. The income level of a professional PBA bowler depends on a variety of factors, including the pro bowler’s popularity and talent. When a PBA bowler consistently wins at large-scale tournaments, other opportunities for making income increases.

For people who are serious about bowling, getting paid to bowl sounds like a dream come true. In this article, we’ll learn more about what it takes to become a PBA bowler as well as what PBA bowling life is like.

How Do Pro Bowlers Make a Living?

Talented and well-known pro bowlers can make money through paid sponsorships. As a method for advertising their products, companies will often sponsor pro bowlers’ careers by investing money in them in return for endorsements.

For example, in exchange for payment, a pro bowler might include a company’s logo on all their bowling shirts or appear in the company’s commercials.

Another money making strategy for pro bowlers is making paid appearances at events. In exchange for a pro bowler’s appearance at an event, a host pays the pro bowler an appearance fee.

This appearance fee guarantees the pro bowler will make an appearance at the event, which could include giving a speech, introducing special guests, or mingling with attendees.

What Is The Average Salary of a Pro Bowler?

Pro bowler salaries vary from athlete to athlete. According to Zip Recruiter, the top earners among the professional bowling world make around $78,500 per year. In contrast, the lowest earners make around $25,000 per year.

Less talented pro bowlers may swing second or third place (if they even place at all). In this case, these pro bowlers are earning less income per tournament since they aren’t winning first place prizes.

Similarly to how often pro bowlers win first place in tournaments, event hosts and sponsors are more likely to give sponsorship contract preference to top athletes.

Since lower-performing pro bowlers aren’t as popular as their first place counterparts, they’re less likely to be approached by event hosts and sponsors willing to pay for endorsements, appearances, and advertisements.

How Much Do Pro Bowlers Make When They Win?

Besides these larger PBA events, smaller tournaments also offer decent cash prizes for winners. For example, the PBA offered top prizes of $30,000 for all standard singles events in 2020, with the exception of a few special tournaments that netted slightly larger top prizes.

Pro bowling winnings earned in championships, competitions, and tournaments hosted by the PBA are listed on their website. If you’re curious to see how much money different pro bowlers are earning yearly, check out this list for the most updated information on prize winnings.

Do Pro Bowlers Have Sponsors?

Pro bowlers earn many sponsorships. While there are a variety of companies who will enter paid sponsorship agreements with pro bowlers, many of these athletes get sponsored by bowling equipment companies.

When a pro bowler enters a sponsorship agreement with a company, they aren’t merely signing up to receive a lot of cool new bowling swag. While many companies do offer free products in exchange for sponsorship, they also expect their brands to be represented positively and regularly by the pro bowler.

When a pro bowler can do more to represent the company, the sponsorship becomes a sweeter deal–often, these companies offer top quality support in exchange for good, clean advertisement from the athlete.

In exchange for cash and goods, pro bowlers will honor their sides of sponsorship contracts by representing the brands and companies in a variety of ways. Some pro bowlers may star in commercials, exclusively use the brand’s products and logos on their equipment, or participate in company events.

How Much Do Pro Bowlers Make from Sponsors?

Pro bowling sponsorship payment varies from company to company. For example, some sponsorships pay out entirely in free bowling products, such as free balls. Other sponsorships do offer cash compensation to the pro bowlers representing them.

Top performing pro bowlers have the best chances at entering high-paying sponsorships. For example, some bowling equipment companies pay hundreds of thousands of dollars per year as a part of their sponsorship agreements with popular pro bowlers. Other sponsorships may pay significantly less, such as $500-$1,000 per month as compensation for pro bowler representation.

Whether a pro bowler is earning hundreds of thousands of dollars per year or new equipment from a sponsorship, they likely signed a contract to enter the agreement. These contracts are often signed yearly and require the pro bowler to meet specific terms of agreement in order to receive compensation.

These requirements may involve using only the company’s bowling products, making special appearances, appearing in company commercials, and so on.

Do Pro Bowlers Have Other Jobs?

Many pro bowlers work other jobs outside of their pro bowling careers. For example, even top-earning pro bowlers still work in other bowling related locales, such as pro shops, bowling centers, and even bowling equipment manufacturing sites.

Of course, lower-earning pro bowlers who aren’t pulling regular, big wins in tournaments and competitions often enjoy other careers entirely outside of bowling. For some athletes, pro bowling is an exciting hobby or side hustle, but they still work a regular job to make ends meet.

Do PBA Bowlers Get Free Balls?

Sometimes PBA bowlers do get free balls and other equipment from bowling companies. This free swag is often part of a sponsorship agreement. While some sponsorships are exclusively cash deals, others include free equipment to use during games.

However, these free sponsorship items often come with some strings attached; a pro bowler who accepts these free balls and other equipment as part of their sponsorship would likely be expected to use them in every public tournament. Failure to use the company’s products can result in a contract breach and subsequent loss of sponsorship.

How Does a Bowler Get Considered for PBA Membership?

Membership in the PBA relies on a few different qualifications, according to the PBA website’s list of guidelines. You can either:

To participate in PBA events and earn a PBA membership, you must also be in good standing with the United States Bowling Congress (USBC). Issues with the USBC must be resolved before a membership with PBA can be initiated or reinstated, depending on the circumstances.

If you aren’t ready to commit to a full PBA membership, you can still pay to compete in PBA-sponsored events and tournaments throughout the year. Non-members have the opportunity to cash in (accept prize money) on a maximum of two wins in a PBA-sponsored event without having official membership status.

It is possible for PBA bowlers to make a generous living if they’re talented and successful in tournaments. Talented bowlers who are interested in taking their skill sets to the next level can venture into PBA bowling. In some cases, this interest can evolve into a lucrative professional athletic career.

Since winning tournaments involves cash prizes and pro athlete status, sponsorships and other paid opportunities also arise for these talented athletes. While not every PBA bowler will make enough money from bowling to rely on it as their sole income, many will make enough to generate a decent amount of side cash.

At the very least, lower-earning pro bowlers can still reap a lot of benefits from participating in PBA bowling events. Besides chances to win small stakes competitions, pro bowlers can meet tons of new people in the bowling world, perfect their craft, and get the opportunity to compete professionally.