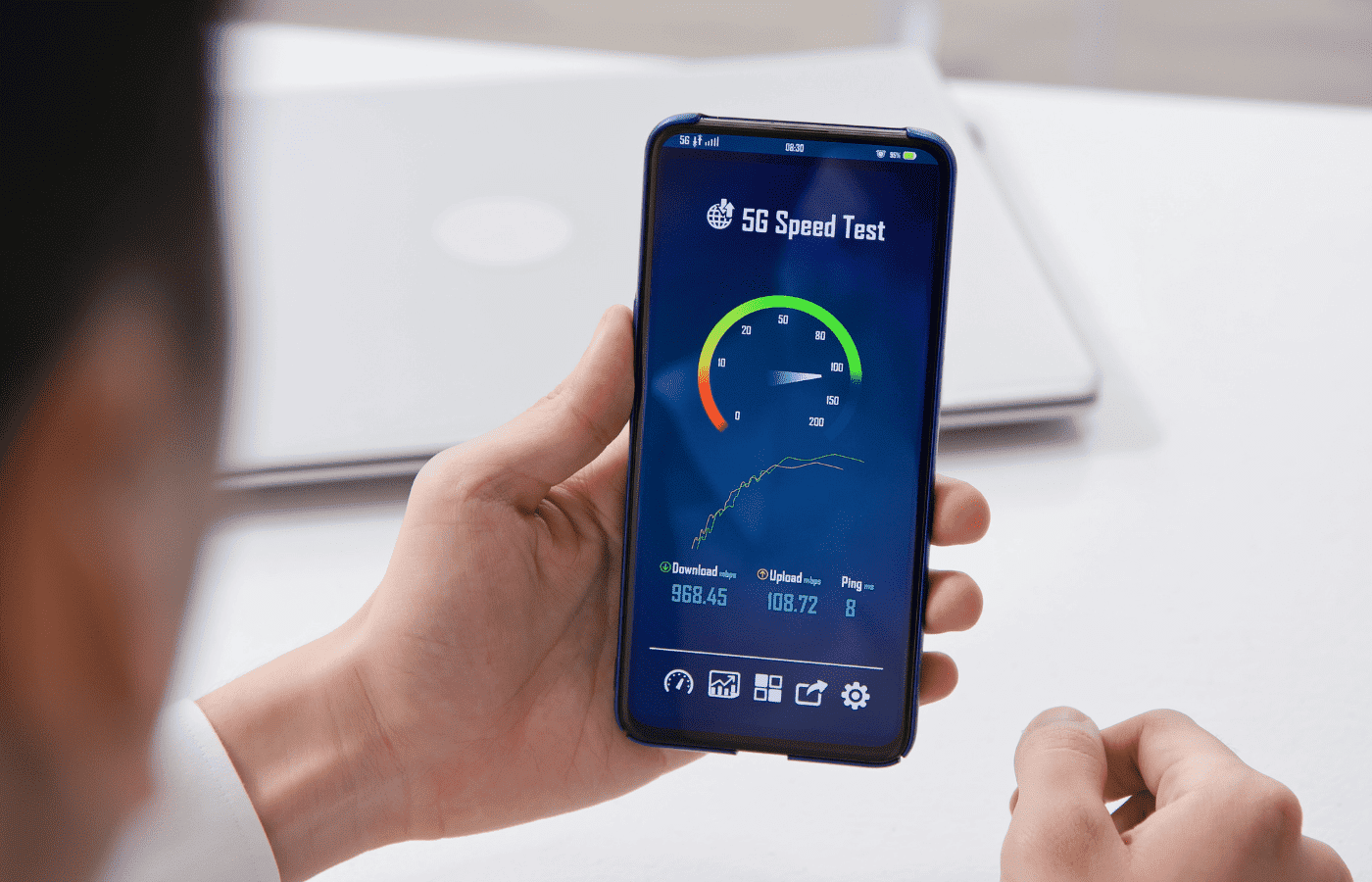 With an internet speed of 400 mbps, you can expect to download files at about 47.68 MB/sec. Currently, in order to be considered high speed broadband internet, your download speed must be 25mbps or greater with a 3 mbps upload or greater.

Considering that 400 mbps is way above the minimum broadband speed requirement, this is a very fast internet speed to have. Now, how does having 400 mbps play in actual reality? To put this into perspecrtive, it takes a minimum speed of 25 mbps to run a show in 4K on one of your favorite streaming platforms like Netflix or Disney Plus.

If you are an avid gamer, you will need a minimum of 3 mbps download paired with at least 1-2 mbps of upload for a decent experience. As you can see, an internet speed of 400 mbps trumps most of the minimum internet speed requirements for the things people use them the most for.

The following is a small table showing some common file sizes and the time it would take to download these files if your internet speed was 400 mbps.

Is 400 Mbps Slow for Internet?

With the current internet standards, 400 mbps is definitely not considered to be a slow internet speed. It is in fact very fast. You will be able to perform the most basic tasks with ease such as web browsing, video calls, checking emails, and downloading and uploading files and applications.

However, this internet speed really shines when it comes to downloading large files, having multiple ultra high definition streams using 4K or higher, and for use during online competitive gaming.

Is 400 Mbps Fast Enough for Netflix?

According to Netflix, the minimum internet speed required to use their service is only 1.5 mbps. However, there are many other stream qualities to choose from that require more internet speed. Standard streams require at least 3mbps, high definition requires 5mbps, and streams in 4K require 25 mbps.

With a speed of 400 mbps, you should have no issues running multiple streams without buffering or excessive load times which makes this speed excellent for a big household.

Is 400 Mbps Fast Enough for Gaming?

Gaming, especially competitive gaming, has become increasingly popular through the years. When it comes to gaming, you can never have too much internet speed. Internet is used for both having low latency/pings, as well as being able to download patches and updates in a breeze.

400 mbps is an excellent speed for gaming, however something that should be noted is that download speed is not directly correlated with a low latency. Download speeds will help to a degree, but the MS of your internet service is what heavily affects your ping in game. If you have fiber optic internet, you can expect ping below 15ms.

If your service is not pure fiber optic, then you can expect ping anywhere between 20-40ms. A ping well under 100ms is generally preferred for the smoothest gaming experience possible.

Is 400 Mbps Fast Enough to Work From Home?

Working from home has become increasingly popular through the years. One of the biggest concerns when purchasing internet is making sure that it is fast enough to get everything done. Having a fast and reliable internet while working from home can be the difference between being productive or not.

Having an internet speed of 400 mbps is more than enough to be able to work from home. You will be able to browse the internet, open emails, as well as download and upload huge files at lightning fast speeds.

Another important aspect, that we have not forgotten, is video and voice calling. Primarily in the form of Zoom. It’s safe to say that an internet speed of 400 mbps will more than cover your bases in 1 on 1 calls as well as group video chats.

According to information taken directly from the Zoom website, they require at least 3.8 mbps download and at least 3 mbps upload to do 1 on 1 video as well as group calling in 1080p.

400 mbps is definitely worth it if you don’t have a budget for your internet package. 400 mbps will allow you to download and upload excessively large files in record times. 400 mbps internet is also worth it if you have a big home and will be sharing the internet with multiple users, especially if those users plan on streaming in 4K.

If you will not be excessively downloading or uploading large files, then this speed might not be worth the extra cost for you. We generally recommend an internet speed of generally 25 mbps – 50 mbps for the best balance between cost and performance. You will still be able to browse the internet, game, and watch 4K streams, but you will have a much lower bill.

An internet speed of 400 mbps is lightning fast. It is well above the minimum speed that the FCC classifies as being high speed broadbamd.

This speed is essentially very good to have if you have a lot of users in your home, will be streaming multiple 4K television shows, or will be downloading and uploading large file sizes.

400 mbps can be a bit overkill, especially if you are on a budget. sticking with a speed of 25 mbps – 50 mbps while on a budget will yield similar results, and you may possibly may not even notice the difference depending on what you will be using your internet for.