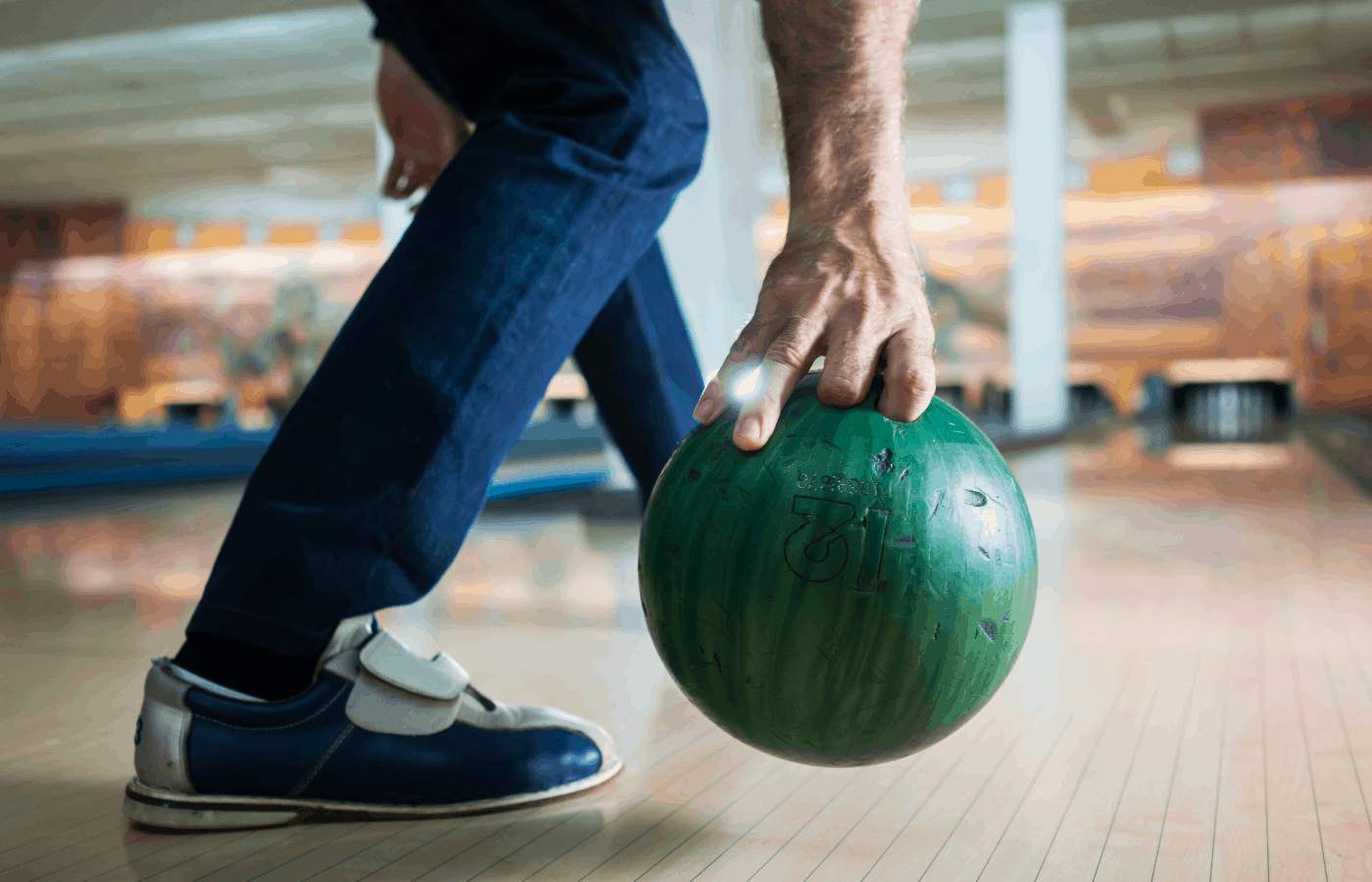 Bowling steps can be confusing. You may wonder how many steps you should take in bowling. The steps are determined by the type of bowler and their experience. Bowlers use two different methods of approach when bowling.

If you’re a beginner or casual bowler, 4 steps are usually enough time for your arm to swing back and forth fully. Intermediate bowlers throw their ball at a much higher velocity than beginners and typically go with more steps.

Read on to discover how many steps different players take when bowling and why. Then, we will discuss the four and five-step bowling methods, the advantages and disadvantages of each, and which is more powerful when playing the game.

The Number of Steps Typically Taken When Bowling

In bowling, you’re not just rolling a ball down the lane and hoping for the best. Instead, your goal is to knock down all ten pins on each frame by throwing the ball from within a set of four or five steps called “the approach.”

The first step in this process is to take one step with your right foot toward the foul line. Then, as you lift your left foot off of the ground and place it behind your right heel–so that both feet are now on opposite sides of this boundary–you then take two more steps forward with your left foot so that they land about six inches apart.

If you’re starting to bowl or are new to the game of bowling, know that it can take time and practice before your steps become perfect enough for each frame so that all ten pins go down on every throw. Beginners typically start with the four-step approach as it is easiest to learn.

Four-step bowling is the term used when someone steps forward with their right foot, follows through by bringing the left up to meet it, and steps down again as they release the ball. In the four-step approach, the ball begins to move ahead of the first step.

In bowling, there is no set number of steps to walk forward to reach their desired spot where they want to release the ball. For most people, this will range somewhere between four steps up until six steps–depending on speed and skill level–but both would typically land around eighteen inches apart from one another.

The five-step approach provides intermediate and professional bowlers with more power than four because of the extra push-off with each foot in that fifth stride. This will propel the ball harder, so it’s easier to hit pin after pin and give you more room when aiming.

This style allows players to keep their weight centered while still producing power on each delivery. It also helps with accuracy since all your steps lead to releasing the ball in an instant burst of energy; any hesitation would make you lose momentum and contact your target.

The Process Behind Four-Step Bowling

In four-step bowling, the steps themselves are as follows: the 18-inch step, the 24-inch step, and finally a 30-inch one for release–and this is what many people think of when they hear “four steps.” The result is a faster game, but there are also some drawbacks. The drawbacks to four-step bowling include:

Players who learn this technique are limited by form once they get back into their natural stride. Balls do not release at full speed because of the awkward angles created by having only 18 inches before taking another step forward. As a result, lanes are often congested, leading to less competitive games.

The Process Behind Five-Step Bowling

Five-step bowling is a more forgiving approach to bowling. It allows for a player’s natural steps after the 18-inch step and will enable players to release the ball at full speed while still maintaining accuracy and technique in their delivery. In five-step bowling, the ball begins to move with the first step instead of ahead of the first step.

The downside, however, is that some people find this style more challenging than traditional four-step approaches and lose interest quickly–but others say that they like how comfortable it makes moving the ball and thus stay engaged with bowling longer than before.

Is a Four or Five-Step Approach More Powerful When Bowling?

The traditional five-step approach gives the bowler more power when throwing the ball. The additional final step provides the bowler with more time to propel the ball forward. When bowling, know that it can take time and practice before steps become perfect enough for each frame so that all ten pins go down on every throw.

For most people, this will range somewhere between four steps up until six steps–depending on speed and skill level–but both would typically land around eighteen inches apart when taking a step back to get into position.

If you want to know how many steps you should take, it’s essential to understand the type of bowler and where they are standing before throwing. Whether you’re a 5-step or 4-step approach bowler, knowing what each step entails can help make this game more enjoyable for everyone playing.

In bowling, there is no set number of steps in which one must walk forward to reach their desired spot to release the ball. Bowling is an age-old pastime for many people and comes in many different forms.

It can be confusing to new bowlers, but before you know it, you’ll take those steps like a pro and knock down all ten pins on every throw. Knowing the difference between five-step and four-step bowling may help your game too!