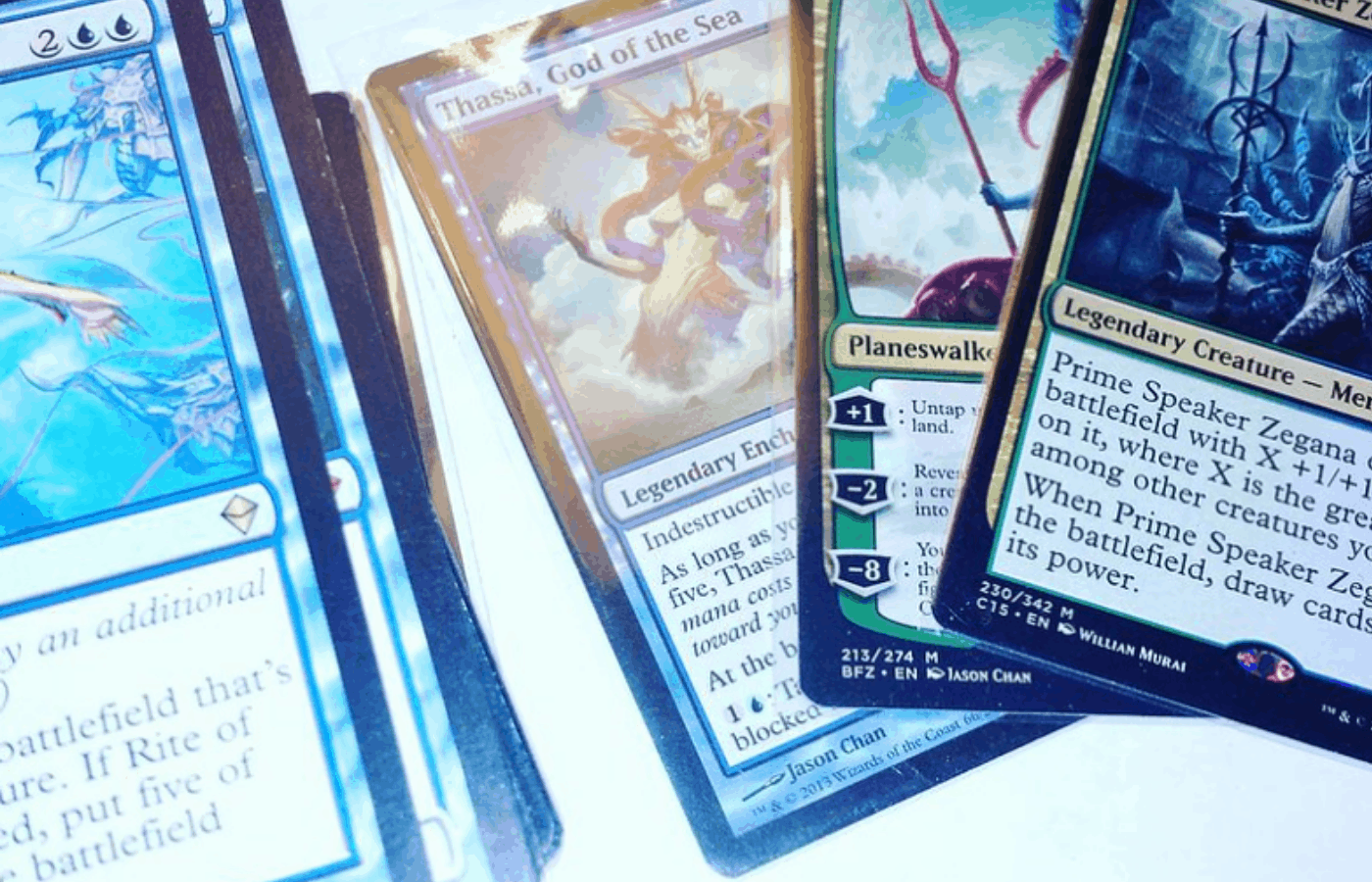 Magic: The Gathering decks vary in price from a simple starter deck of seventy-five cards to a more expansive collection of over four hundred cards. Players can build MtG decks from more extensive collections, but a challenger deck is a good starting place for beginners.

A good Magic: The Gathering deck can cost anywhere from $25 for a simple challenger deck of seventy-five cards to upwards of $250 for a core MtG deck.

Read on to discover what average decks in Magic: The Gathering can cost you and which decks are the best for play. We’ll discuss why decks can be so costly as well as alternate forms of playing.

How Much Does An Average MtG Deck Cost?

Decks for playing MtG can range in price depending on what you want in a deck. Play-ready decks can cost you under $100 and require no building. More extensive collections of cards from which experienced players build decks can cost much more. These core sets are released annually and usually contain more cards than challenger decks.

Challenger decks consist of a sixty-card deck with a fifteen-card sideboard pre-made and ready-to-play directly out of the box. Most common challenger decks can run from $20-$35. These challenger decks are perfect for beginners that do not yet have the skills to build their decks from a more extensive set.

To check the current price and availability of the 2021 Magic the Gathering Challenger Deck, click here to view it on Amazon.

Magic: The Gathering core sets are released annually, much like various challenger decks. Core sets can range in price from $100-$300. Core sets, however, are intended as base decks for tournament play and can include up to five hundred cards.

These annual MtG Core sets are for tournament play. Players skilled in deck building can use a core set along with various booster packs to build a specific deck of their liking. Seventy-five card decks can be built according to color or power or can mix and match multiple cards that a player chooses.

To check the current price and availability of the Magic the Gathering 2021 Core Set, click here to view it on Amazon.

The five colors of MtG are:

These colors represent different types of land that players use as energy in the game. Amateur deck builders should stick to one color to make the deck more manageable and their gameplay experience easier. The more sophisticated your deck becomes, the more you can mix and match colors, or mana, to compliment each other.

What Is the Best Deck for MtG?

Some decks in Magic: The Gathering are more powerful than others and look to lock up the game in favor of the player. Here are some of the most top-rated decks in the game and why they are more popular than others.

Dimir Rogues is a deck that will benefit puzzle solvers. Using this deck will require problem-solving skills and knowledge. Dimir Rogues is popular because of the challenging gameplay that comes with it. The Dimir Rogues Standard deck has an average price of $186.

Why Does MtG Cost So Much?

Magic: The Gathering can be a costly game to keep up with. New decks and cards are released annually, and the amount of money to keep up with and purchase every new card printed would be staggering. Though no player would necessarily need every card to play in tournaments, the cost for every packaged release in 2020 would cost you over four thousand dollars.

Even the most avid collector would need to spend almost eight times that amount on securing every card in the game’s history, even those cards that the game has banned since their release. Every version of every card released could run you over $31,000 in total.

Not every card released annually is required to play MtG effectively, let alone every card ever released. Though Magic: The Gathering can seem like an expensive undertaking, fun and compelling gameplay can be achieved with a much lower price tag. Challenger decks and core sets alone can work for compelling gameplay.

Can I Play MtG Online for a Lower Price?

Magic: The Gathering Arena is an online version of the traditional MtG game, and depending on how you want to play, it can come at a lower price. MtG arena advertises a free trial play compatible with Windows, Mac, and Android.

Magic: The Gathering Arena can offer you some pre-constructed decks if you are a beginner at the game and guide you on playing the game. For those more experienced, MtG: Arena can allow you to join games with players from around the world.

A Magic: The Gathering Online account will run you $9.99 as a one-time purchase and requires no monthly fees for maintaining the account. From that point, players can purchase event tickets and booster packs for additional fees. All in all, if you are fine not playing with physical cards, this method of playing MtG could save you a bit of money.

Magic: The Gathering is a tabletop and digital card collecting game. MtG can be an expensive game to play, as a good deck can cost you anywhere from $25 to upwards of $250. Decks come as ready-to-play challenger decks, annual core sets, or deck builder’s tool kits, each with its own price points.

Some of the top decks in MtG use varying cards to create different characteristics and gameplay. Some decks may follow one of the five colors of mana in MtG, and some may mix and match for unique strategies. Most of these top decks in the game can run you between $200 and $500.

One option that MtG offers if you prefer a digital version to the physical game is an online arena version that players can access with an account fee of $9.99. Separate purchases for cards and event tickets can add up but can still save you a good chunk of money compared to the physical card game.