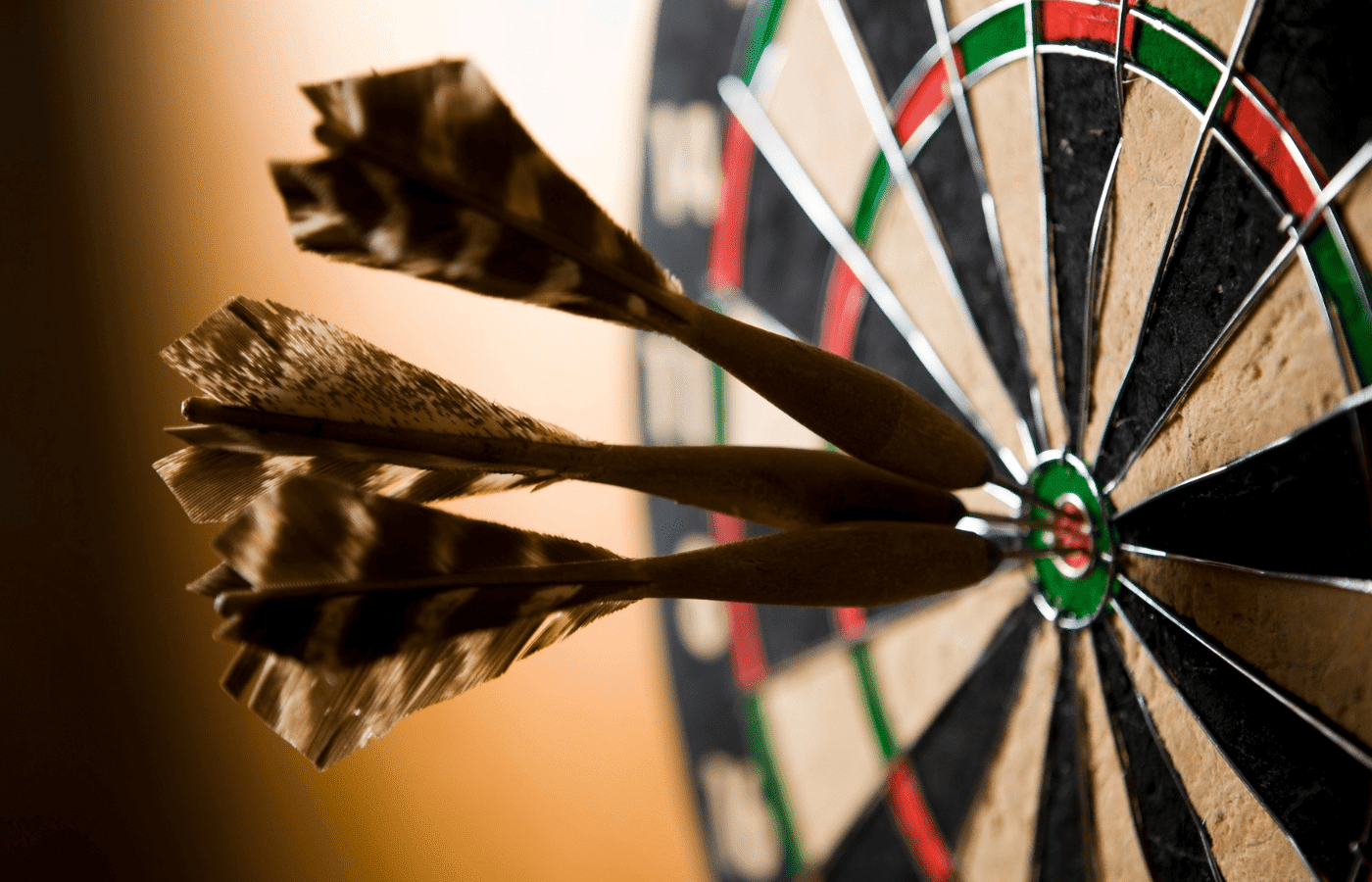 So, you’ve decided you want to learn how to become a darts caller/referee but aren’t quite sure of how or where to get started.

You’re not alone! While the path of becoming a professional darts player is pretty easy to decipher, the road to becoming a caller or referee (especially at the professional level) isn’t quite as clear-cut.

That’s where this detailed guide comes into play, though. We show you how to go from learning your rulebook to refereeing local matches to breaking into the professional circuit – and we break it down step-by-step.

How to Become a Darts Caller/Referee

Though there are a number of different paths you could take to become a professional darts caller and referee, we break down maybe the most simple and straightforward route below.

Anybody can use this inside information to become a pro dart referee, shortcutting the process significantly compared to trying to figure it all out on your own.

Let’s get into it!

Start with the Rule Book

The very first thing you need to do as an aspiring darts caller/referee is to learn the rulebook for the game of darts inside out.

The best way to do this is to order a rulebook from one of the professional dart associations you want to referee for and just spend time reading and studying it every day.

Before too long you’ll have a professional level command of these rules, the bedrock foundation for anyone serious about refereeing in this sport.

Next, it’s a good idea to start popping down to local matches – even those at a favorite bar or pub of yours – and offering to referee or call the game for players.

This isn’t exactly the most glamorous thing in the world, but it is going to give you much needed experience and teach you things about refereeing darts that you wouldn’t have been able to earn anywhere else.

You’ll be surprised to discover just how many players are overjoyed to have a legit referee calling their matches, too.

Become Certified by a Professional Association (Like the NDA)

After you have a little bit of experience under your belt calling and refereeing real live matches you can start thinking about becoming certified by a professional association like the National Dart Association (NDA).

The certification process with the NDA is pretty streamlined and straightforward.

It starts off with you completing the Referee Certification Course available through Team Dart and League SMART, but there is a wrinkle here. This course is only available to NDA operator members, company representatives, and players that are sanctioned.

If you fit that bill, though, all you have to do is pay a $50 fee (taking care of your registration, certification resources, etc.) and you’ll be given a written certification test.

Network with Other Professional Dart Callers and Referees

All that’s left to do after you get your certification is to begin refereeing matches professionally. One of the easiest ways to get your foot in the door (certainly one of the most consistent approaches) is to network with other professional dart callers and referees.

They’ll not only be able to help point you in the right direction and give you incredibly valuable early career advice, but they’ll also be able to connect you to matches and tournaments that might need new professional referees and callers, too.

What Skills and Traits Do Dart Callers and Referees Need?

A lot of people would love to become a caller or a referee but aren’t quite sure if they have the “right stuff” for the job – or if they can learn and develop the skills and traits necessary to have success in this position.

Those that are serious about becoming professional dart callers and referees will want to:

… And that’s just the tip of the iceberg!

If you have these kinds of trades and skills already (or are willing to put in the work to develop them) the odds are pretty good you’ll be a successful darts referee and caller for sure!

How Much Do Dart Referees Get Paid?

While there’s no specific cut and dry salary numbers across the professional referee and caller industry, it is possible for top experts in this field to command up to $5900 (and sometimes more) per match that they are refereeing.

In the early stages of your career, though, you’re likely to make considerably less than that. Maybe even just a few hundred dollars per match.

What Are Dart Referees Responsible For?

Dart referees are a lot like the referees in other sports, with a bunch of different responsibilities that can include (but are not limited to):

There are (obviously) other responsibilities that dart referees have resting on their shoulders, but these are the biggest ones of the bunch.

So there you have it, pretty much everything there is to know when you’re looking to figure out how to become a darts caller/referee.

The path to becoming a professional darts official isn’t always the most obvious thing in the world. But it is something that is well within the reach of just about anyone – especially those that are really passionate about the sport of darts.

If you have an interest in becoming a darts caller/referee contact a professional association you’d like to referee for, get a copy of their rulebook, and get involved locally with eye on furthering your career.