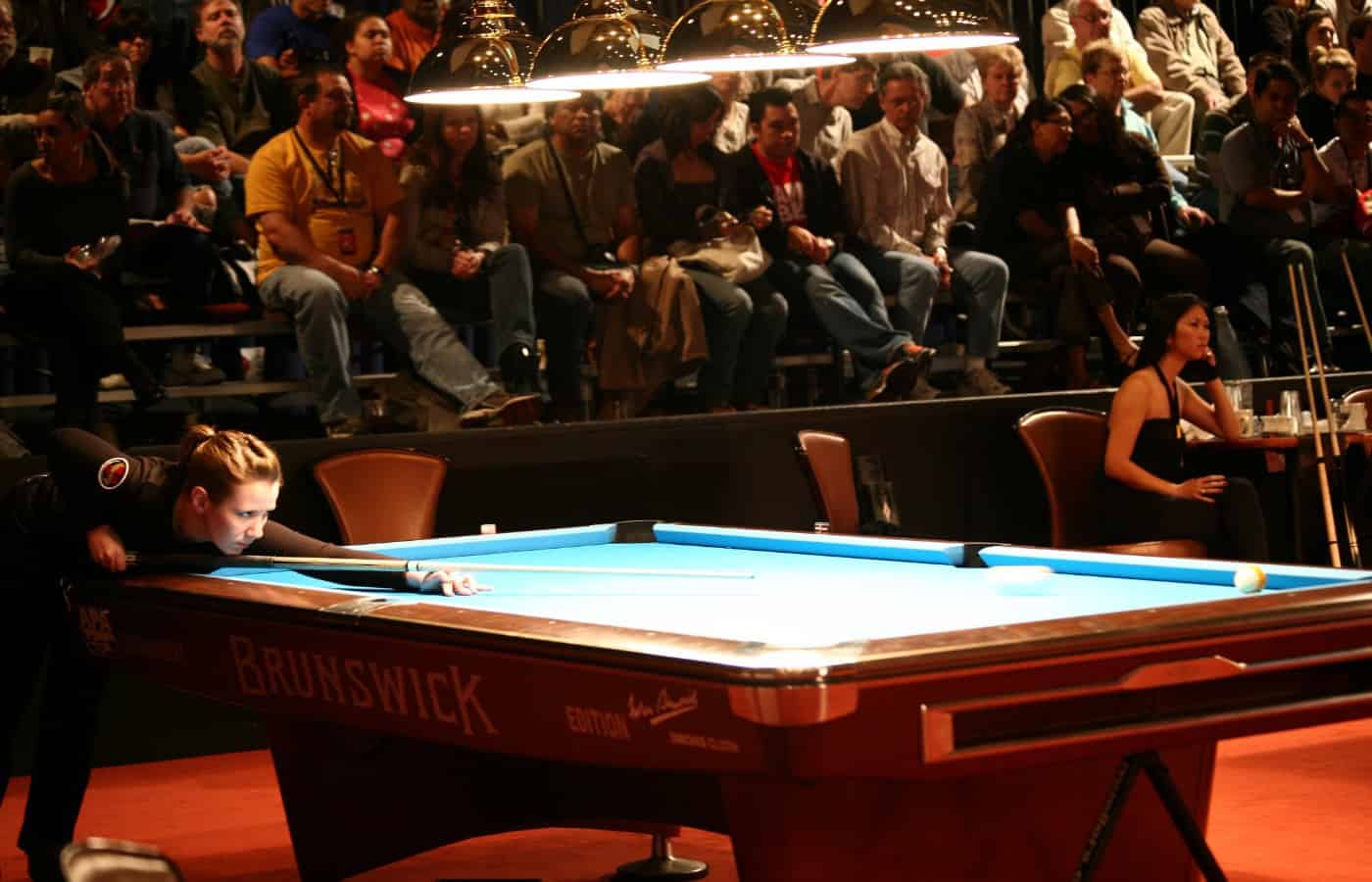 A professional baseball player, for example, does not necessarily have to be in the MLB. They just have to get paid to play baseball. Pool is a little bit different, though, because it is a game that commonly involves gambling. Therefore players of all levels have the opportunity to make money playing pool, but they also have a huge opportunity to lose money.

So before worrying about the path to becoming a professional pool player, first ask yourself what that actually means and what level it is that you actually want to get to.

Step one is always becoming clear on where it is that you want to go.

Know the Rules of the Game

Regardless of what your exact definition is of becoming a professional pool player, there are a handful of steps that you will need to take to get there. One of the first ones is actually knowing the rules of the game.

There are casual pool players all over the world that play in bars, pool halls, and the like, and they do not know the actual rules of the game. That won’t go over well if you are trying to call yourself a professional.

Pool Comes in Many Different Shapes and Sizes

Familiarize yourself with the rules of all of the various different forms of billiard games. That includes 8-ball, 9-ball, straight pool, and a handful of others.

9-ball is typically the most common game to be played by professionals, while 8-ball, 10-ball, and straight pool are all out there as well.

Have a Pool Partner

Also make sure that you are familiar with different variations of these games such as different styles of doubles and singles matches.

Each variation of pool that can be played head to head with two players can also usually be played with pairs of two. The rules will vary slightly when you are playing doubles rather than singles, and there are also different ways to play doubles.

In order to become a professional pool player, you will simply need to practice harder and more often than any player that is below that level.

Becoming a professional comes with practicing properly as well. It is not just a matter of practicing for the sake of practicing. There are many steps that you can take to make sure that you are practicing efficiently and effectively.

Consistency is the name of the game when it comes to becoming the best at anything. In order to become a professional, you are going to want to set aside time to play and to practice.

The concept is simple. If you are playing pool for two hours a day, seven days a week, then you are likely going to become a better player than someone who practice for one hour a day three days a week.

Practice with Intent to Better Yourself

Another big separator between those that become successful and those that do not is the intent that each person has while they are practicing or playing. Whenever you are playing you should have some sort of goal that you are working toward, or have a weakness that you are trying to turn into a strength.

If you are intentional about the fact that you want to play professionally, and you keep that in your mind as you play, your odds of becoming a professional increase dramatically.

Learn From Those That Are Better Than You Are

Another step to becoming a professional pool player is simply going to be to play against other pool players that are better than you are.

Playing against the same guys at your local pool hall or bar can be good for consistency, but there will come a point where you seem to hit a plateau and you just won’t be getting any better.

If you want to be one of the best, you have to surround yourself with the best. You have to be hungry to win, but willing to lose, and willing to learn from those losses.

Everything listed above gives you an idea of what you need to be doing in order to get to the professional level of playing pool.

Remember that playing “professionally” could have a couple of different meanings, so depending on what exactly your goal is the exact steps that you need to get from point A to point B could vary little by little.

To make things even more practical, here are some of the exact steps that you can take to work yourself toward becoming a better pool player, and eventually turning yourself pro.

Find a professional player that is already in the position that you are looking to be in. Don’t just study the way that they play, but see if you can do research on how they got to where they are. Look into their background, their routines, and their mindset.

It might seem obvious, but having access to playing pool can be critical in the consistency of your practice and getting you to the next level.

This most likely means buying a pool table for your own home, unless you have a pool hall or other facility nearby where you can manage to play whenever you want to.

Most professionals do not get to the level that they get to without learning from others in some way, shape, or form. You should definitely consider hiring a coach or even a few coaches that will help you improve in all facets of your game.

That could be an actual pool player that can better teach you the fundamentals and the techniques of the game, and it could also be hiring a coach to help you sharpen your mental game and your mindset.

Having those people in your corner that will push you to the next level can be a monumental factor in your success.

Even if you aren’t at the level yet to go on any sort of professional tour, make it a point to go and play new people outside of your area.

Exposing yourself to different settings and different players will only make you better. It will also help you make connections with other people that are in the community, and that can go a long way.

How Much Do Professional Pool Players Make?

This information was researched from AZ Billiards.

Becoming a professional pool player will take a lot of time, energy, and effort. It is entirely possible and with pool, there are a lot of ways to get yourself to the professional level.

Remember to stay consistent with your game and to plan everything that you do for the long-term. Factors such as luck and “natural talent” will play a minimal role in your success when compared to the other factors of hard work and dedication.

Have a plan of action and set a goal for yourself. Study the best pool players in the industry and strive to be like them or better. Attend and win as many tournaments as possible to slowly build a reputation for yourself.