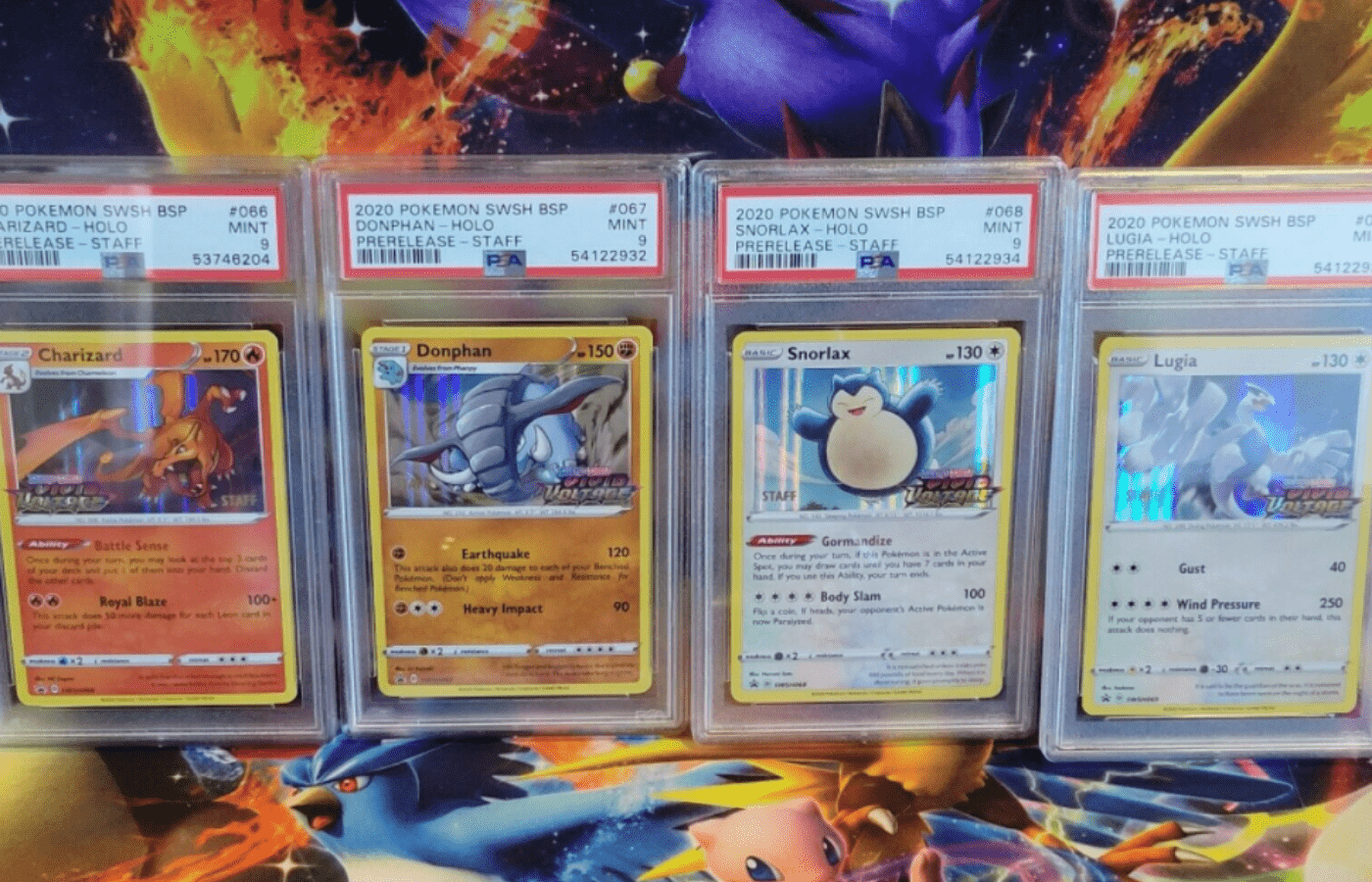 Pokemon staff cards are among the rarest of cards out there. This is because only a few will ever be issued to each gaming shop…and they no longer make them. Because of this, a lot of people wonder how they can get hold of Pokemon staff cards themselves.

The truth? You would have needed to have been running an officially sanctioned Pokemon League tournament at a business that you own. You would then have needed to be given the card by Pokemon. That is the only official way to get one. Although, of course, they can also be obtained from the secondary market.

Let’s go into a bit more depth on this. This is because we know that there are some people out there who are itching to know what a staff Pokemon card actually is.

What Are Staff Pokemon Cards?

Staff Pokemon cards are only officially issued to companies that run Pokemon League tournaments. Even then, there will be a limit on the number of cards that are issued. This means that some staff that runs the tournament will not receive a card. It is all about the number of people that are playing the game. The more people that attend an event, the more Staff Pokemon cards are issued.

The interesting thing about Staff Pokemon cards is that Pokemon has always actively encouraged companies to not hand these cards over to the attendees.

They are also not supposed to be sold on the secondary market. If a person is issued with a Staff Pokemon card, then they should always keep it. Of course, in the world of collectibles, this doesn’t always quite pan out the way the company wants.

How Do You Get Pokemon Staff Promo Cards?

You don’t anymore. They have been discontinued, and we will discuss why that is the case in a short while.

There is some debate about how the cards were actually issued. The cards were often issued based upon the number of pre-released kits a particular company purchased.

This would roughly correlate to the number of people expected to turn up and play the game in an event. However, some people also believe that the number of cards issued was based upon the amount of product that a company purchased overall.

In either case, there will never be enough cards issued to cover all of the staff working at a store. This means that the staff members have to decide among themselves how the cards will be distributed.

Chances are that if you did work at one of these stores while promo cards were being issued, you may not have been able to get your hands on all of them. This is why these cards are so rare.

Other than this, the only way to get your hands on Staff promo cards is to purchase them from the secondary market. However, there are going to be two problems with this:

This means that it is incredibly tough to track down staff cards. Even the worst of them can be selling for several hundred dollars, and they may not always be in the best condition.

Honestly, because these cards are exactly the same as their standard counterparts, it probably isn’t going to be worth purchasing them unless you are a serious collector.

To check the current price and availability of Pokemon Booster boxes, click here to view the selection on Amazon.

Where Can You Buy Pokemon Staff Cards?

You will have to look at sites that cater to the secondary market e.g. eBay, and other trading card retailers.

Do not expect the Pokemon staff cards to be cheap, though. You can pay hundreds, sometimes thousands, of dollars for one.

We also anticipate that the price of these Pokemon staff cards will continue to rise too. This is because they have now been discontinued. As we have seen with all card types that get discontinued; the price is always going to rise. It could be a good investment, but it will certainly be an expensive investment.

The last Pokemon staff cards were available with the ‘Vivid Voltage’ set of cards. This was in 2020. No staff promo cards have been manufactured since then.

Why Did They Discontinue Pokemon Staff Cards?

Initially, Pokemon staff cards were discontinued to the Pandemic. After all, if people are not allowed to play in real tournaments, then there are no staff to oversee them. This means there is no need to produce Pokemon staff cards.

However, it is now believed that they will be discontinued forever. Many people believe that this is down to people reselling them for a lot of cash.

There is always a good chance that Pokemon staff cards will return when there is a sense of normalcy everywhere in the world. However, we doubt it is going to be happening in the near future.

Staff Pokemon cards are the rarest of the ‘common’ cards. They have only ever been issued to certain people, and there may only be a few hundred out there for each card (we have no idea of specific numbers as they are not released)

To get Staff Pokemon cards, you would either have had to have been given one during a Pokemon tournament, or you would need to buy one for several hundred dollars.

Do bear in mind that other than having STAFF on the front of these cards, they aren’t really all that special. They are the same as the cards that you will normally find in a particular set.