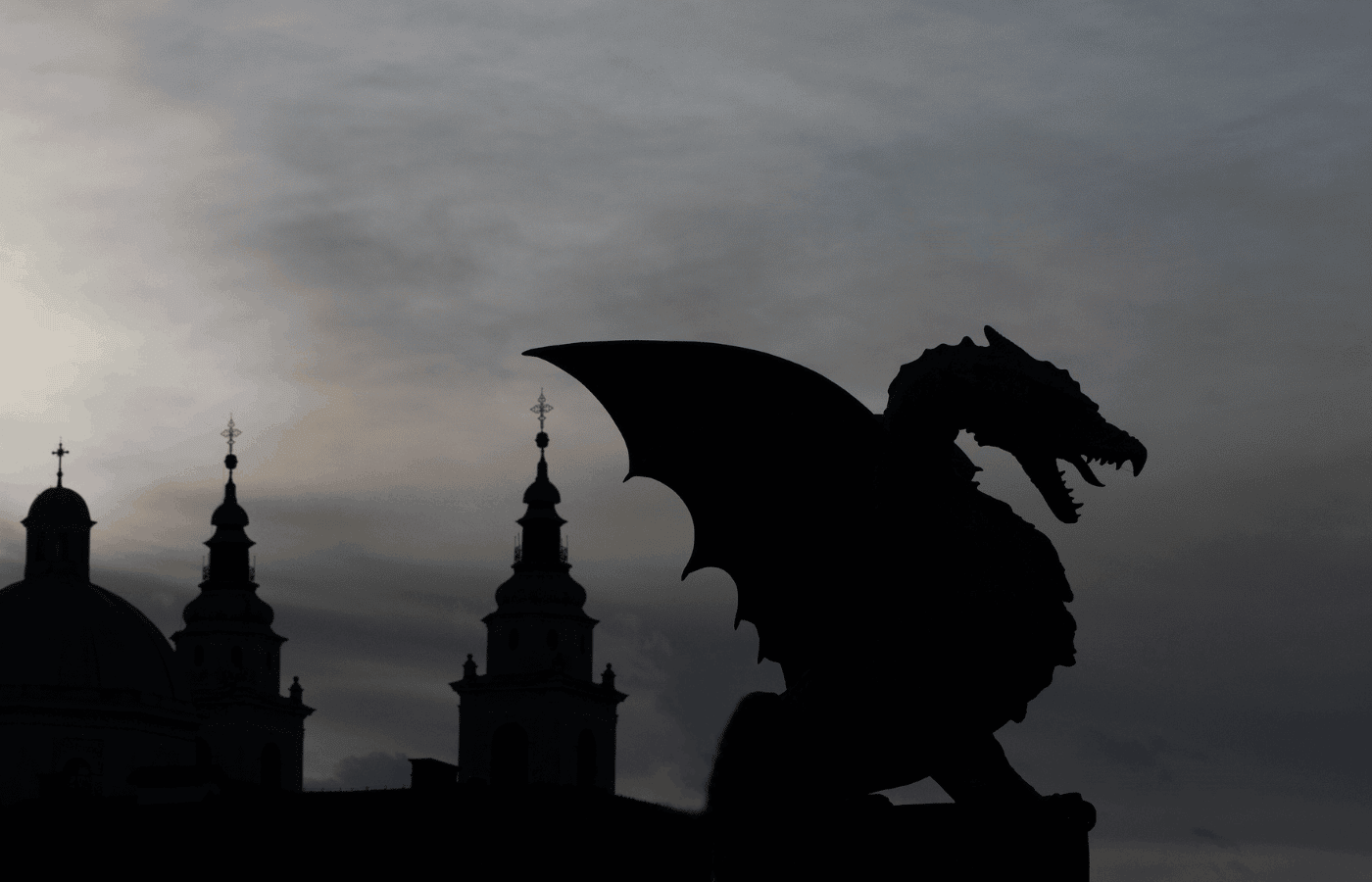 Dungeons and Dragons is strictly a fantasy roleplaying adventure game. A universal system makes all other genres and settings possible. Science Fiction, Westerns, Urban Mystery, and pretty much anything else you can imagine.

So, is Dungeons and Dragons Satanic or Evil? Only if you want it to be when YOU play it. Because the ultimate rule book and what happens in a role-playing game is your imagination and your judgment.

What is Dungeons and Dragons Based On?

Dungeons and Dragons began Life as a medieval war game that had no fantasy elements.

Gary Gygax, the creator of Dungeons and Dragons, began asking that creative question that opens so many doors to creativity: What if?

What if a mundane war game had more than just knights and archers and catapults? What if there were dragons and wizards and magical artifacts?

The fantasy elements that were introduced into the war game that Gygax played with his friends borrowed heavily from contemporary fantasy and pulp fiction of the 1960s and 1970s. There was actually the threat of copyright action from Tolkien Enterprises due to how much Gygax was inspired by Lord of the Rings.

Whatever you found at the bottom of the rabbit hole of pulp fantasy in the 60s and 70s when Gygax was a young man, those are the elements that crept into what would become Dungeons and Dragons.

Everything from the works of Lewis Carroll to HP Lovecraft and Conan Creator Robert E. Howard made their way into the lore of Dungeons and Dragons.

Thematically, that’s what Dungeons and Dragons was based on.

In terms of exactly how a role-playing game works, it’s very difficult to describe it to someone that’s never played one. It’s much like describing color to someone that was born blind.

The simplest explanation possible is that a role-playing game is like the childhood game of cops and robbers. Everyone involved plays a role that isn’t quite what they are in real life: law enforcement and lawbreakers.

And instead of having children argue all day long about whose shots hit and whose shots missed, the outcome is determined by dice instead of juvenile diplomacy.

Dungeons and Dragons is also based on improvisational theater. The situations the characters end up in and the lines of their characters are not rehearsed. They have to act and decide and perform in the moment. Which again, also reminds us of children at play. “Okay, the floor is lava!” is a prime example of such improvisational acting.

Does Dungeons and Dragons Have Demons?

Technically, the answer is yes. But the question is just as important as the answer.

Before terrorism and the pandemic gave people real problems to worry about, the world saw a period of time where things like Dungeons and Dragons were a high profile Target of conservative Christians.

The Christian looking for “demons” in entertainment is looking for a very specific thing.

The Bible portrays demons as former angels that forsook their place in Heaven in order to join the original rebellious angel, Satan, in his rejection of God’s model of ruling the universe.

Biblical demons are thus defectors of the spirit realm. Angels that threw away their badges of office.

If you dare to look at the Dungeons and Dragons source material on demons, you’ll find absolutely nothing in common with biblical demons.

In the original story of King Kong, the gigantic ape was worshiped as a god by the natives of the island he lived on. Anyone who has seen the movies can testify that King Kong is in no way shape or form qualified to be called a God by biblical qualifiers.

It’s the same word, but the meanings and the realities are chasms apart.

The demons in the lore of Dungeons and Dragons are put across as evil and powerful, but they are not spirits. They are advanced interdimensional creatures that inhabit their own reality called The Abyss. They live in a sophisticated hierarchy and society unto their own.

Which is entirely besides the point.

When you taste the forbidden fruit of experiencing what a role-playing game is like, whether it’s Dungeons and Dragons or Chaosium’s BRP, in a short space of time you come to realize something: That there is nothing in your role-playing game sessions that you don’t want to be there.

The demons of Dungeons and Dragons are an option, not a mandate. The fictional world put across in the game modules are not infested with demons as if they’re common inhabitants. Nor is it declared anywhere that if a module contains demons, that the demons cannot be edited out or changed into something else.

Every character and creature in Dungeons and Dragons, in practice, is a set of numbers that affect the roll of the dice.

The imaginations of the players have the last word, and the game guidebooks do not intrude on the players’ creative license to include or exclude any material they want.

Should Christians Play Dungeons and Dragons?

It’s a legitimate question and a loaded one at the same time.

Should Christian children play cops and robbers? It seems harmless enough. But what if you found out that the neighbor kids modified their game of cops and robbers to include heinous elements?

Does this mean that cops and robbers is a bad game for Christian kids? Or does that mean that you have a few kids that have made some questionable choices for how they play the game?

The core concepts of Dungeons and Dragons, namely, creating a world entirely out of one’s imagination, exploring it, going on adventures, playing the personality and life of an imaginary character that one would likely never get to do in real life, is really quite exhilarating. It’s the difference between watching a movie and experiencing one.

That’s a lot to throw out the window just because some people over there have chosen to include demons in their personal DnD sessions.

Some Christians have zoomed out a bit and chosen to level their disapproval against the fantasy genre as a whole. The worlds of Tolkien and Robert E. Howard contain many things that couldn’t happen in real life… not without the aid of uncanny magical power, and the Bible attributes all uncanny power to demonic sources.

If creative ventures that involve things that couldn’t happen in real life are to be generalized as demonic, then I would invite all Christian readers to look at Judges chapter 9 and read verses 7 through 15.

There we find a little story, told by nobody else but the prophet of God, about how the trees and plants went looking to appoint a king over all plant-kind. They talk. They argue. They give speeches. Yes, the plants.

If such a thing were to happen in real life, it would be considered uncanny, or demonic. But the story was used by the prophet of God to make a point. If imaginative storytelling were disapproval by God, he would not have inspired one of His prophets to use such a story.

If you believe in a creator, then your creativity is a gift from that creator, and Judges chapter 9 is your license to use your imagination creatively, telling tales that step beyond mundane bounds. And perhaps also playing some games that do the same.

If you’re a child in a Christian household trying to get your parents to let you step into the world of role-playing games, then try proposing a universal role-playing system, such as Chaosium’s BRP, which will open up literally infinite possibilities. You could easily cook up an adventure set in biblical times.

If it’s something that you’re torn over, then rest assured that Dungeons and Dragons is certainly not the only table-top role-playing game you can play with your friends.

There are even free role-playing systems to be found on the internet that are just as much fun, if not more fun than Dungeons and Dragons.

Dungeons and Dragons is the Godfather of role-playing games. Nobody will argue that they’re wildly popular, but you’ll be hard-pressed to prove that they’re the absolute best in the industry.