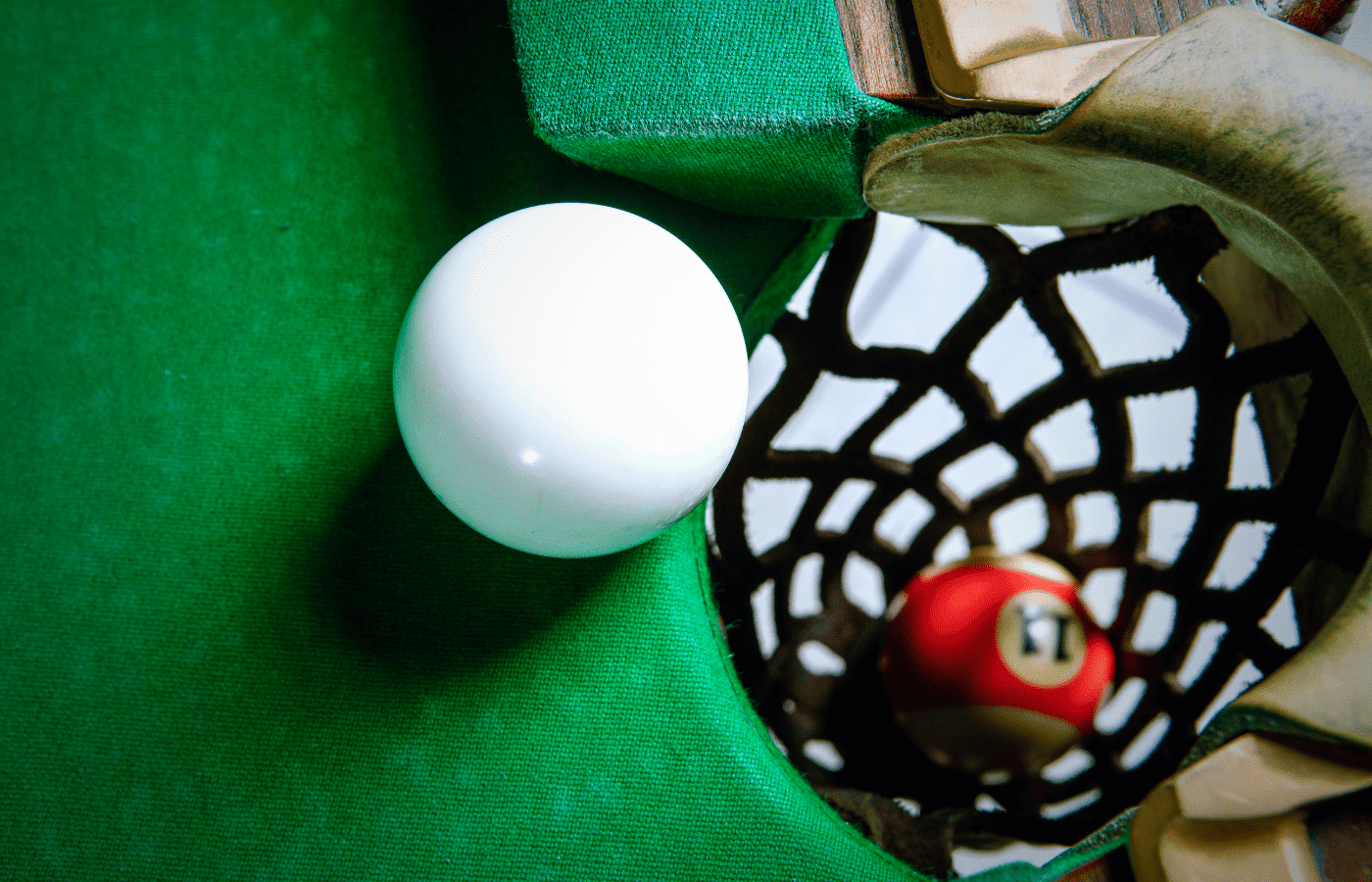 Although the idea of scratching on the break is a relatively simple rule, the idea of it is somewhat confusing. But, once you understand what a scratch is and what it means, it becomes much clearer. However, there are nuances depending on whether you’re playing 8-ball or 9-ball.

Scratching on the break for a game of 8-ball or 9-ball will often carry the same penalty: the shooter loses their turn. That said, scratching rules differ during game play and both come with separate sets of rules depending on the situation. Scratching on the break is a foul and there are certain restrictions in being able to proceed with the game if this occurs.

The confusion comes in over the distinct fact that there are plenty of varying rules for scratching on the break. Oftentimes people conflate 8-ball with 9-ball, but this is a fallacy in playing under official rules. Unfortunately, this is a point of great contention among many unofficial pool games; such as the case when playing with strangers or with friends..

Scratching On the Break in 8 Ball and 9 Ball

First, it’s important to understand the difference between the 8-ball and 9-ball in pool. The major and most significant being that in 8-ball, the players don’t know whether their ball targets are stripes or solids. 9-ball rules predetermine which balls the players target. Even though both are fantastic pool games, scratching takes on different characteristics, but the penalty is still the same.

The concept of scratching on the break can apply to two different things. On the one hand, it means a player pockets the cue ball after hitting racked balls at the start of the game. The other is when you wish to break up object balls when the game is in play. But the execution of this concept varies between 8-ball and 9-ball.

Fallacies With Proper Application of the Rules

Unfortunately, many people tend to apply this rule evenly between these two separate games. Therefore, there should be slightly different rules. The most common fallacy is placing the cue ball anywhere on the table before breaking. And, although that’s only halfway right, it doesn’t apply to both versions. Namely, 8-ball doesn’t allow for this at all.

General Penalty for Both Games

Regardless of which pool game, the shooter who scratches gives up their turn. Scratching is a foul and a player must submit to a penalty. The opponent then has the ball in hand. If they also scratch, the game goes back to the original shooter.

In some unofficial games, a scratch on a break constitutes an automatic loss. But this isn’t common practice and not part of professional guidelines or other agreed-upon informal rules. So, as a tip, when playing against a stranger, ensure you set up the rules before the game begins. Many heated arguments have erupted over disparities in agreement on the rules.

What Happens If You Scratch on the Break in 8-Ball?

The concept of scratching on the break in 8-ball is a little more involved than with 9-ball. This is because there are different objectives. In the game of 8-ball, all balls must make the pot before the opponent can do it. With 9-ball, it’s about getting in the lowest number ball.

In 8-ball, the opponent places the cue ball behind the head string and continues with an open field. Any balls that land while the cue ball also pots mean the table is open. The rule continues until someone places a legal shot to determine which players are stripes or solids.

If the balls are already broken, there are a few rules to hitting the cue behind the head string. In order to make a legal shot, the ball must first pass the head string before hitting the ball. You cannot hit the cue to a ball already sitting in the kitchen as an initial shot.

Do You Lose In 8-Ball if You Scratch on the Break?

Since the break is technically not over when a shooter makes multiple shots and they haven’t potted any balls, no one loses. This makes the table still “open,” or neutral. The players don’t know which balls are theirs for potting yet.

This penalty remains for every shot made because the cue ball must hit an object ball and make it into a pocket to be a legal shot. This element is slightly different in 9-ball.

Table Remains Open Until Someone Makes a Legal Shot

If a ball pots on the break and the cue ball scratches, the ball remains in the pocket and the game will still be “open.” This means either stripes or solids are still up for anyone to grab.

Some professional and hobbyist rules require reracking after such a shot. This means you must realign the balls in the perfect pyramid in order to call a legal shot. And yet there are other regulations that forbid touching the balls in anyway once a game begins.

What Happens If You Scratch on the Break in 9-Ball?

The idea of scratching in 9-ball is infinitely easier because players already know who is going play which balls on the table. When a shooter scratches on the break in 9-ball, the opponent is then allowed to take their turn.

The player must then hit the lowest numbered ball possible. If the opposing shooter pots the ball and scratches on the break, the break is a foul and the game goes back to the original shooter. The head string only matters during the opening break, the rest of the table is fair game throughout the course of a match.

Do You Lose If You Scratch on the Break in 9-Ball?

In the event you scratch on the break during 9-ball, you will lose your turn. The scratch is a foul and you forfeit your turn because of it. This means the opponent can place the cue ball anywhere they want on the playing table.

But, if they scratch, they too forfeit their turn to the original shooter. The game is only lost during an opening break when someone makes an illegal push out.

Pushing Out Balls Makes the Difference

This same rule applies if the cue ball, or any object ball, jumps off the table during a break. Regardless, the opponent may not push out the balls if they didn’t fully break after the initial scratch. A push out does not require the cue to sink a ball into the pocket in the same way as 8-ball.

How Do You Set Up Agreed Rules Before Playing a Game of Pool?

Because there are certain variations on rules, different people abide by different ones. So, it’s crucial that you set the rules both parties can agree to before you play. If you do a quick search online, you’ll find a host of results showing the number of people getting into brawls over the rules in a game of pool.

If you believe someone is going to cheat or fake their way through the game, just avoid playing with them altogether. Likewise, if there’s a heated argument over the rules or a stalemate on agreement before a game has even started, avoid playing altogether. The chances of it ending friendly will be extremely low.

If you were one of those who conflated the rules for both types of pool games, hopefully this little guide helped you. In the case you need a mnemonic device, think of it this way: 8-ball = Involved and 9-ball = Simple. If this doesn’t work for you, perhaps you can remember the differences in your own way.

The difference between 8-ball and 9-ball rules about scratching on the break relates to the manner of play for both. So, if there’s a scratch on the break during 9-ball, the rule is simple, the player loses their turn. But, if it’s a game of 8-ball, the scratch leaves the table open until a player makes a legal shot.

Obviously, the rules for scratching on the break during a game of 8-ball will be a little more complicated than for a game of 9-ball. Understanding the different rules about scratching will make them easier to follow.