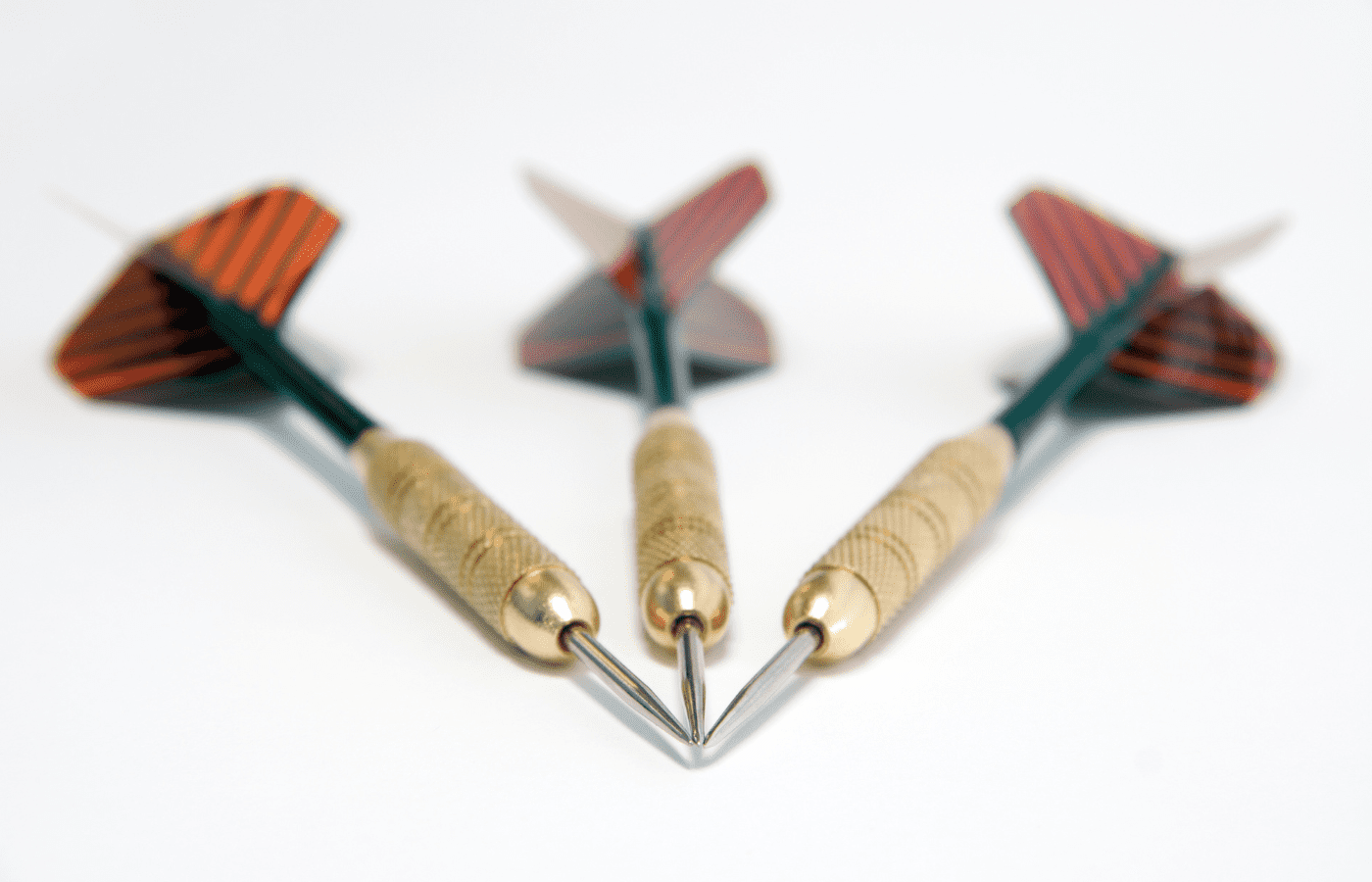 Bradley Brooks may be young, but he has a very impressive talent when it comes to darts. This has a lot of darts fans curious about what type of darts Bradley Brooks is using. After all, he is one young player who is throwing those darts just as good as the guys who have been in the industry since before he was born.

Bradley Brooks uses the Bradley Brooks G1 90 % Tungsten darts by Target. These are steel tip darts that come in two different sizes. To make sure these darts are fit for how Brooks likes to play, Target designed these darts with Brooks overseeing every step.

What Weight Darts Does Bradley Brooks Use?

Wikipedia claims that Bradley Brooks uses a 24-gram dart. While learning more about his line of darts from Target, we found out that they were available in 21 and 23 grams. However, each set will come with flights and shafts for the darts, which adds weight. This leads darts fans to believe that Brooks is using the heavier of the two sizes.

These darts do have a good amount of weight to them. They are 90 % tungsten darts, which is a good sign for many darts players. Most professional darts players will always choose darts made from tungsten. This is because it is a very heavy metal, allowing more weight to a smaller size of darts.

When a dart has the right weight for the player they will be able to achieve a straighter throw and have better luck with their aim. Darts players like the Target Bradley Brooks G1 90 % because these darts allow them to have better precision while competing.

To check the current price and availability of Bradley Brooks Target G1 Darts, click here to view the listing on Amazon.

Every darts player has a different style and technique. That’s why you’ll notice that many of the top pro players have a collaboration with a darts brand to get a dart that’s 100 percent specific to how they play. Brooks had some specifics when it came to his darts and he was there alongside Target to make sure the design went according to plan.

Brooks wanted a simple barrel with a subtle grip. There are small ridges in the barrels to create this effect. These darts also have radical grooves in the front and back of the dart. One of the reasons Brooks prefers this dart design is because of how comfortable it feels in his hands.

The flights of these darts have a custom Bam Bam logo. Fans of Bradley Brooks will know his darts when they see them because his darts nickname is Bam Bam. On top of being an all-around attractive dart, these darts also have a PVD protective coat to ensure they are long-lasting.

Both sizes of darts are 54 mm in length. The 21 grams darts will be 6.2 mm in width, while the 23 grams darts are 6.4 mm. These darts are of great quality and fans are also impressed by the price point. Target Bradley Brooks G1 90 % darts are sold for a much lower price than other 90 % tungsten darts of similar quality.

According to Dart Reviews, the Target Bradley Brooks G1 90 % darts have received a 9.4 rating out of 10. This is an outstanding score that’s based on the following:

What a lot of dart players enjoy about these darts is that they are very effective without having a harsh grip. Players think these darts feel great to hold onto and they are able to achieve a perfect throw. On top of the comfortable grip, people also find that the tapered nose makes these darts of great quality. Overall, reviewers have difficulties finding any bad qualities about these darts.

Bradley Brooks first started playing professional darts in 2016, when he was only 16 years old. Only one year later he made sure every darts fan knew his name when he won the Junior Darts Corporation European Open title. He also made the quarter-finals the following year in 2018 when he competed in Players Championship 16.

What darts does Bradley Brooks use? Bradley Brooks, aka Bam Bam, uses darts from his collaboration with Target. His darts of choice are the Target Bradley Brooks G1 90 % darts. Brooks oversaw the entire design process of these darts to ensure they were up to his standards and requirements as a darts player.

The flight to these darts has the signature Bam Bam logo. However, the most notable feature is the light grips. Brooks is the type of player who prefers a lighter grip. With these darts, he has proven that you don’t need a strong or aggressive grip to have great results when competing.

Brooks is one of the younger players in the PDC organization but has already made an outstanding impression. Darts fans are looking forward to seeing what this pro player will bring to future competitions. He already has several wins on his resume and is working hard to add more. Luckily, he has one of the best dart sets to work with.