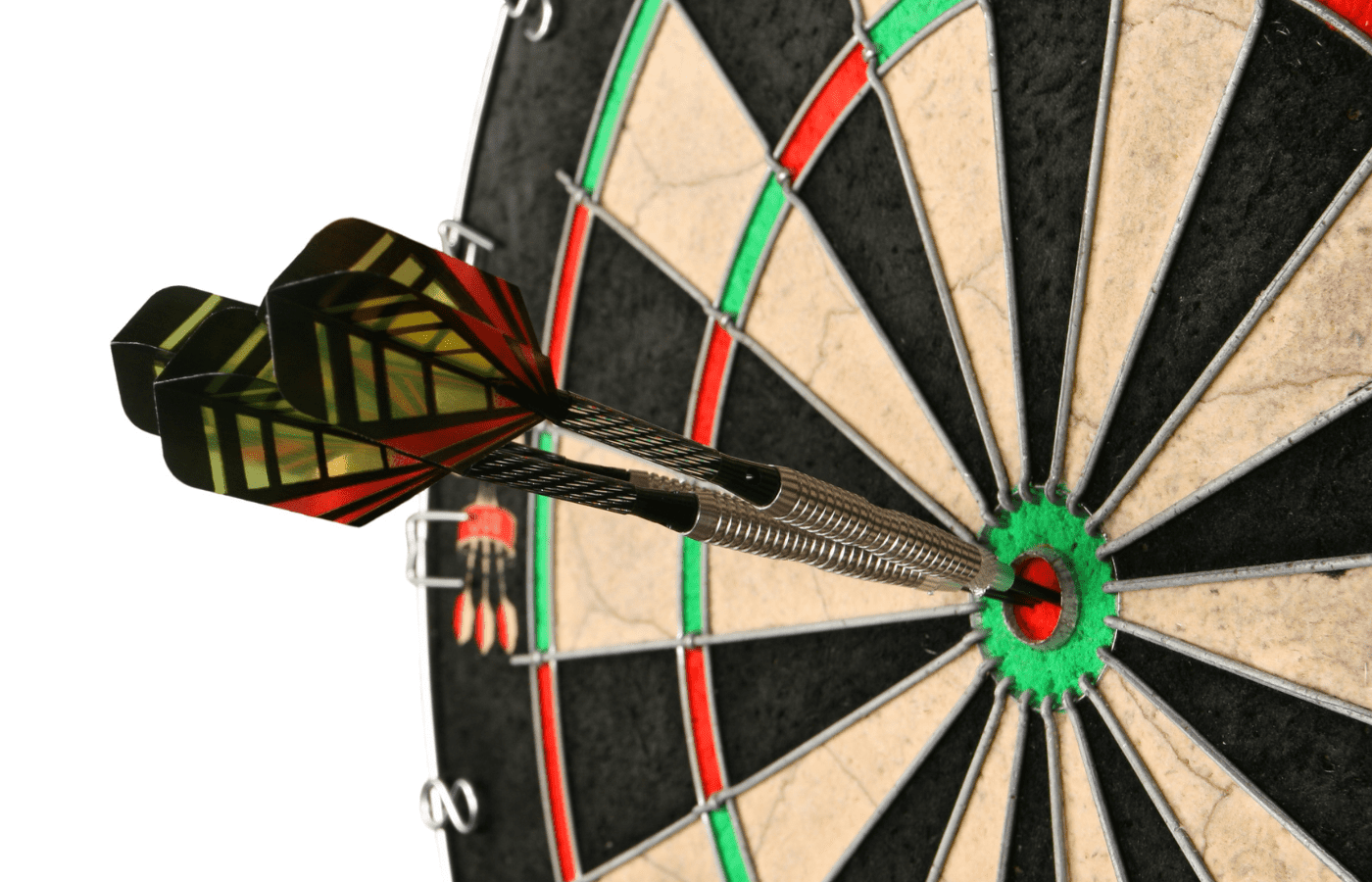 At the time of writing, Gerwyn Price is currently the number 1 ranked darts player in the world. He still has a long way to go with his career too, with his first win only happening in 2018. The guy is doing big things for the game right now, so it probably comes as no surprise that so many people want to be using the same darts that he does.

Gerwyn Price currently uses 24-gram Red Dragon darts. He has his own signature collection known as ‘Blue Ice’. While the Welsman has used several darts over the years, it is these ones that he seems to have settled on recently.

Let’s go into a bit more depth on this. This is because we are positive that you want to know a little bit more about the darts that he uses. This way you can be throwing in exactly the same way that he does. Well, at least come close to throwing darts in the same way he does. We are sure that you will not be able to replicate his throwing perfectly.

What Darts Does Gerwyn Price Use?

Gerwyn Price currently uses Red Dragon darts. His range is known as Blue Ice. We figured that we would run you through the various features of these darts so you get a better idea about whether they are going to be a good choice for you or not. You may also be able to spot why the guy has chosen these particular darts.

To check the current price and availability of the Red Dragon Gerwyn Price Blue Ice Professional Dart Set, click here to view the listing on Amazon.

This one should be pretty obvious, one would hope. This is because the vast majority of darts used by professional players are going to be made from tungsten alloy. It is this metal that is going to be giving the darts a lightweight feel to them.

It is this metal that is going to help ensure that the darts can sail through the air perfectly straight. If you ever buy any darts, then you are always going to want to have them made from tungsten alloy. At least if you want to play to a professional standard.

As a darts player, you will know that the main thing that can let you down when you are throwing the dart will be the grip. You could have the best darts in the world. However, if the grip isn’t perfect, then the darts are going to slip ever so slightly when you throw the dart. This can send it off target.

This is not going to be a problem with the darts this guy uses, at least not if you buy his signature collection. The grip has been shaped to the exact style that Gerwyn Price uses.

This means that you are going to be having the most perfect grip possible when you are holding onto his darts. This should make it even easier for you to be able to hit the target.

These darts are 50.8mm x 6.6mm. This means that they should feel pretty standard for most people. They are slightly shorter than the darts used by other professional players, so this may take a little bit of getting used to.

However, do bear in mind that the man has won numerous championships with these darts, so you know that they are going to be able to perform to a competitive level.

As far as we can tell, Gerwyn Price does not use Red Dragon flights. Although, this is normal for most darts players. They will pick their darts up from different places that they get their flights from. However, the flights attached to these darts are going to be among the best that you can buy.

What Weight of Darts Does Gerwyn Price Use?

Gerwyn Price uses 24-gram darts. Although, it is worth noting that he is one of only a few players with signature darts that come in a variety of different weights. So, while you will want the 24-gram version of his darts if you are looking to get something as close as possible to the ones that he plays with.

Although, you can get lighter or heavier versions if that is more your style. They are still going to have the same grip, you just need to throw them in a way that is more comfortable to you.

Gerwyn Price comes from Wales. Despite the country producing a ton of amazing darts players, he was the first every Welshman to walk away with the PDC World Dart’s Championship. He accomplished this in 2021, so we are sure that we are still going to be seeing plenty more tournament wins from him over the coming years.

In fact, he may end up picking up the PDC World Dart’s Championship several times.

Interestingly, he is somewhat new to the scene of professional darts. This is because for a long time before he jumped into the dart’s competition, he was a professional Rugby Union player. Although, this is now something that he has put behind him. He is now firmly focused on being in the dart’s world.

Although, the fact that he is an ex-Rugby player does give him a slightly different build to some other dart’s players, if you know what we mean.

He has won both the World Grand Prix and the Grand Slam. The latter he has been lucky enough to pick up twice. On top of this, he has also managed to pick up a win from the World Series Finals.

Unfortunately, due to a positive COVID-19 test in 2021, he was not able to enter anywhere near as many tournaments as he may have liked. However, the fact that he still managed to pick up the PDC World Dart’s Championship in that year means that we are excited to see what will come from him in the 2022 season.

As we have said, he is currently ranked number 1 in the world. This isn’t too bad considering he is still early in his career. It would be interesting to see how long he manages to retain his position at the top of the rankings.

Gerwyn Price is one of the most accomplished players in the modern darts game. The great thing for him is that his career has only just started. He is currently ranked number 1 in the world, but he still has plenty of potential tournament wins ahead of him.

The current darts that he uses come from Red Dragon. They are known as the Gerwyn Price Blue Ice SE. If you want ones that are similar to what he uses, then you will want to look for the 24-gram ones. However, there are a variety of different sizes in his signature range.

Considering they are a set of professional darts, picking up these is going to be a whole lot more affordable than the darts from other professionals.

link to Are Pokemon Books/Comics Worth Anything?

Continue Reading
link to Where to Buy Yugioh Booster Boxes