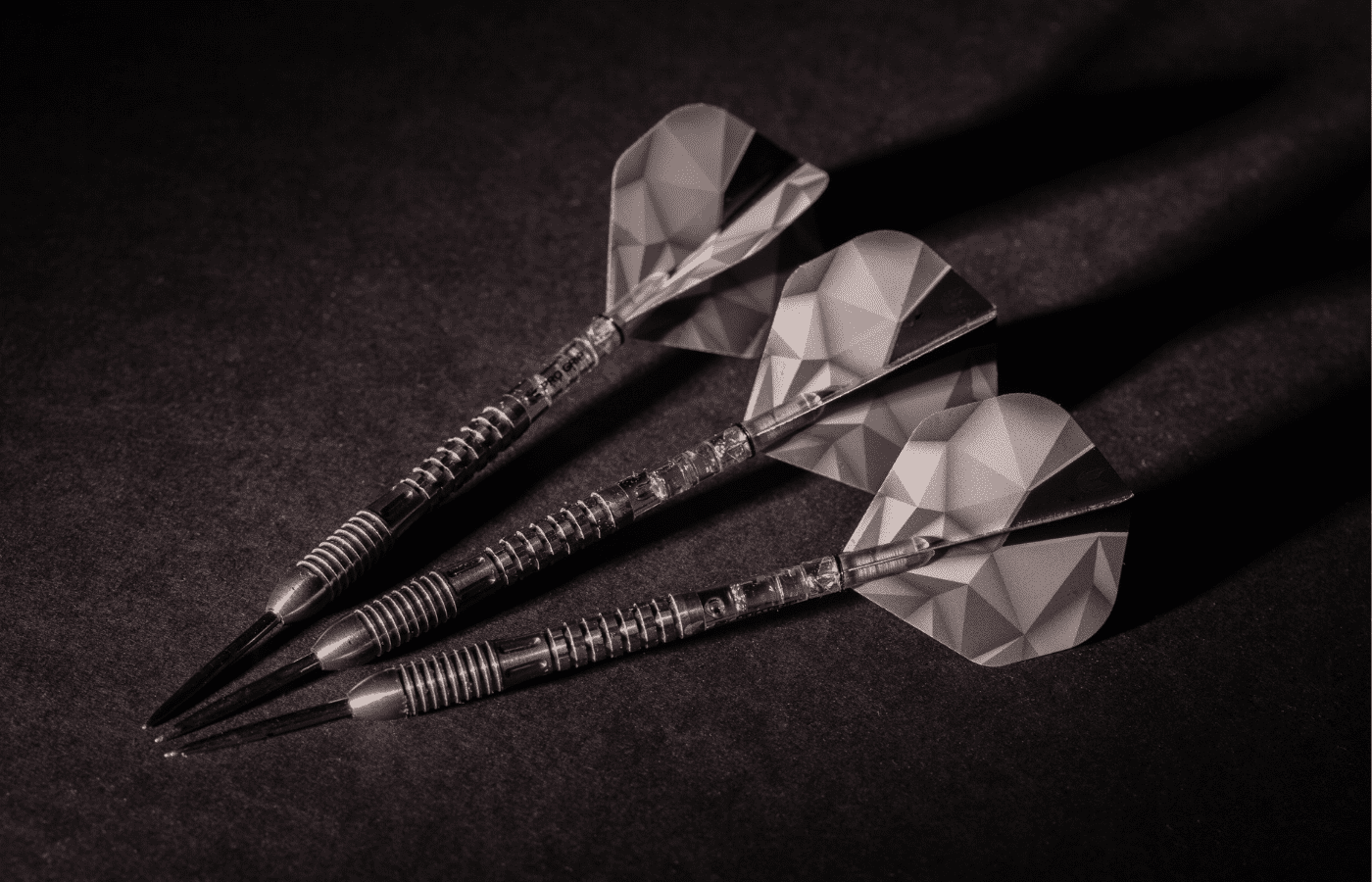 James Wade is a professional darts player who has broken a few records in his days. He has been playing professionally for over 20 years and has made a good name for himself in the sport. If you want to learn more about James Wade, one of the questions you might have is “what darts does James Wade use?“

James Wade uses Unicorn James Wade darts, which is a custom design specifically for this professional darts player. These are lightweight designs that are easy to work with. Even though these darts are lightweight, they are also made from tungsten for a well-balanced hold.

What Weight Darts Does James Wade Use?

Unicorn brand makes premier James Wade darts in several sizes. If you were to purchase a set for yourself, you would have a choice between:

If you want to play like a professional, you may think you need to grab a heavier set of Unicorn James Wade darts. This is because most professional dart players choose a dart that’s between 21 and 24 grams. Many dart players prefer a dart that’s on the heavier side because it’s easier for them to balance and achieve the perfect shot.

However, James Wade isn’t your average player. He chooses the Unicorn James Wade dart that weighs 20 grams. Every dart player has a different preference for the darts they play with. Wade prefers a lighter dart and it’s working out very well for him.

To check the current price and availability of James Wade Unicorn Darts, click here to view the listing on Amazon.

Are you interested in learning more about the Unicorn James Wade darts? Let’s cover some of the most important details about these darts that make them a preferred choice. To begin with, a darts player can never go wrong with a dart from the Unicorn brand. This brand takes the quality of its products very seriously.

One of the ways you can tell that this is a good dart is that it’s made from 90 % tungsten. Professional darts players will always choose a tungsten dart because it is the heaviest metal to work with, next to gold. Tungsten allows the manufacturers to design a heavier dart with a thinner barrel, which is ideal for dart players.

These darts come with a gripper 4 shaft, which features ripples that make the darts easier to hold onto. They also feature an ultra fly .100 flight to make them look extra stylish. Players will know they have the real deal because these darts have an engraved Unicorn hallmark.

Dart players feel like they are on a different level when they use these darts. Not only are they high-quality darts to play with, but they are also made to be a luxury set at a fair price. They come in a stylish yellow case that is designed perfectly to keep your darts secure while they aren’t in use.

There are 5 different sizes to choose from for the Unicorn James Wade Darts in weight. All of these darts are 52.8 mm in length, however, each weight dart has a different width. Let’s take a look at what you can expect:

Over his career as a professional darts player, James Wade has earned the nickname The Machine based on how he plays. He first started playing darts in 1997, joined the PDC in 2004, and is still going strong today. His first major breakthrough came in 2006 when Wade competed on TV for the 2006 World Matchplay.

One of his first and most notable achievements was during the 2007 World Matchplay when he became the youngest player at the time to win a PDC title at the age of 24. At the time, he broke a record, however, that record has since been broken by several other players.

While Wade’s record may have been broken, he’s not too disappointed because he has had many big wins throughout his career. Some of the notable mentions include:

What darts does James Wade use? James Wade is a pro darts player that is known to use the Unicorn James Wade darts set. Unicorn is a popular darts brand that has collaborations with many pro darts players. The brand’s set for James Wade features 5 different sizes, but Wade uses the lightest set of darts, which are 21 grams each.

James Wade has a lot of wins to his resume and has even broken records before in his career. It’s easy to see why any aspiring darts player would want to learn how to play like him. If you want to take a step in Wade’s direction, you should start using the Unicorn James Wade darts. These sets are professionally made darts that are available for a reasonable price.