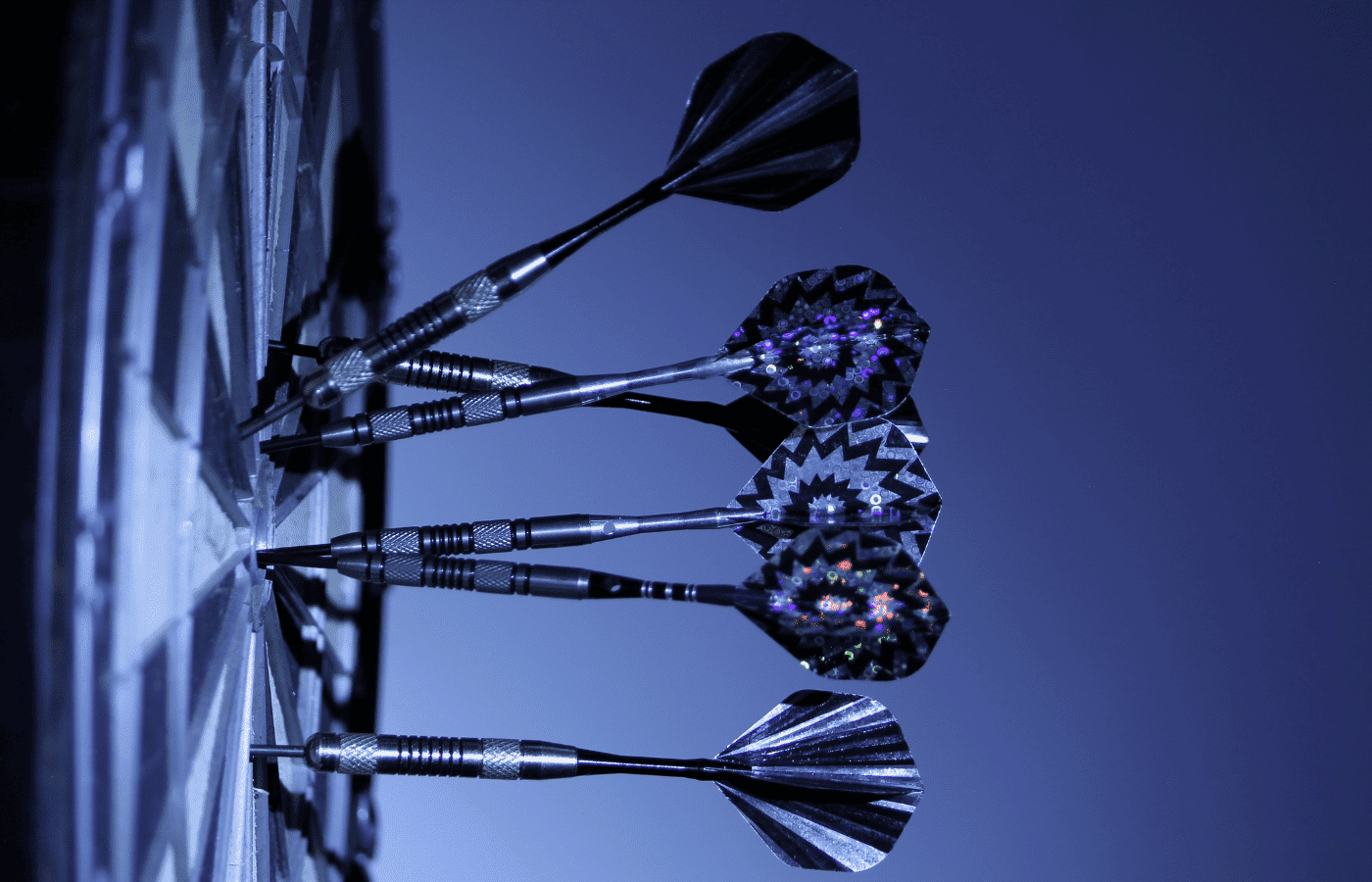 One thing that has always surprised us is how little attention Lisa Ashton gets. Sure, female players like Fallon Sherrock are dominating the sport right now, but it was people like Lisa Ashton that paved the way for many of these female darts players. A lot of people still look up to her. You may do too, this is why you are wondering what darts Lisa Ashton uses.

Lisa Ashton has her own signature range of darts from Red Dragon. She plays with the 24-gram version. However, somewhat frustratingly, her darts are becoming increasingly difficult to get hold of. Although, with a big win in 2021, it is likely that this is something that will change in the near future.

Because we think more people should know about Lisa Ashton’s success, we want to give you her mini-biography on this page. We also want to tell you a lot more about the darts that she uses.

What Darts Does Lisa Ashton Use?

Like many of the darts players on the PDC circuit, Lisa Ashton has a signature range designed by Red Dragon. She currently uses 24-gram darts, so her dart of choice is a little bit heavier than some of the other players on the pro circuit.

The problem (at the moment) is that finding her darts can be a little bit tricky. This is because Red Dragon doesn’t really promote them as much as they deserve to be promoted. Although, this is something that is likely to change in the future, particularly with the amount of success that she has been having on TV as of late.

Her darts are based upon the classic dart developed for John Lowe. However, there are a few differences. Perhaps the biggest one is the fact that these darts have a huge amount of grip.

In fact, the grip on these 90% Tungsten Darts is probably one of the grippiest we have ever seen. Despite this, the darts are able to leave the hand incredibly smoothly. It is no surprise that Lisa Ashton has achieved so much success with these darts in her hand.

The weight on these darts seems to be focused on the front of them. This means that they tend to be great for those players that haven’t quite managed to nail proper targeted throws yet. A lot of players claim that these darts are good for ‘chucking’.

These are one of only a few darts on the market that are available in pink too. We know that there are some people that are huge fans of pink darts, so why not check them out for that reason alone?

All in all, these are great darts, and we hope that Red Dragon puts a huge amount of effort into promoting these.

To check the current price and availability of Red Dragon Darts, click here to view the selection on Amazon.

Part of the reason why so few people know of Lisa Ashton is the fact that she spent a good part of her early career on the women’s circuit. Remember, it is only recently that the main pro circuit has started to open itself up to female players.

Her career on the female pro circuit started in 2007. While she made a lot of headway in some of her early tournaments (considering the amount of talent on display), it wasn’t until 2011 that she managed to achieve her first big win. This is when she won the Winmau World Masters.

This was when her career really started to hit its stride. Shortly after she won the Winmau World Masters, she was lucky enough to qualify for the 2014 BDO World Darts Championship. Lovers of female darts players will often look upon this event fondly.

This is because it was the first BDO World Darts Championship that managed to see a ton of female players qualify. Sadly, Lisa Ashton only made it to the semi-finals (she was knocked out by another woman), but her success here, as well as the success of other women, really showed that Lisa could hold her own against men on the pro circuit.

In both 2017 and 2018, Lisa Ashton managed to win the BDO World Darts Championship.

At this point, Lisa Ashton was still not a member of the PDC, although she had to be if she wanted to enter the proper pro circuit. She attempted in 2019 but missed out on her tour card by a single point. Luckily, she gave it another go in 2020, and she became the first woman to ever win her pro card by qualifying through the PDC Q School.

She was now firmly on the pro circuit, and she had to make a big splash as soon as she got there. In 2021, she was the first woman to win a match at the UK Open since 2005. She also currently holds the record for having the highest TV average (100.3) out of all female players. We doubt that this is a record that she will be giving up any time soon.

Sure. Lisa Ashton’s career did get off to a bit of a slow start. We doubt even Lisa Ashton will argue with that. However, now she firmly has her hands on a PDC pro card, we can start to expect a ton of things from her. We wouldn’t be surprised if she manages to pick herself up a PDC title or two over the coming years.

Lisa Ashton may be new to the PDC pro circuit, but she has been around the world of darts for almost 15-years now, and she has achieved a huge amount of success. Chances are that her successes will only continue to go up too.

If you want Lisa Ashton’s darts, then you should look at her Red Dragon signature range. She uses the 24-gram dart, but we are sure that Red Dragon will have other weights when they launch her range properly.