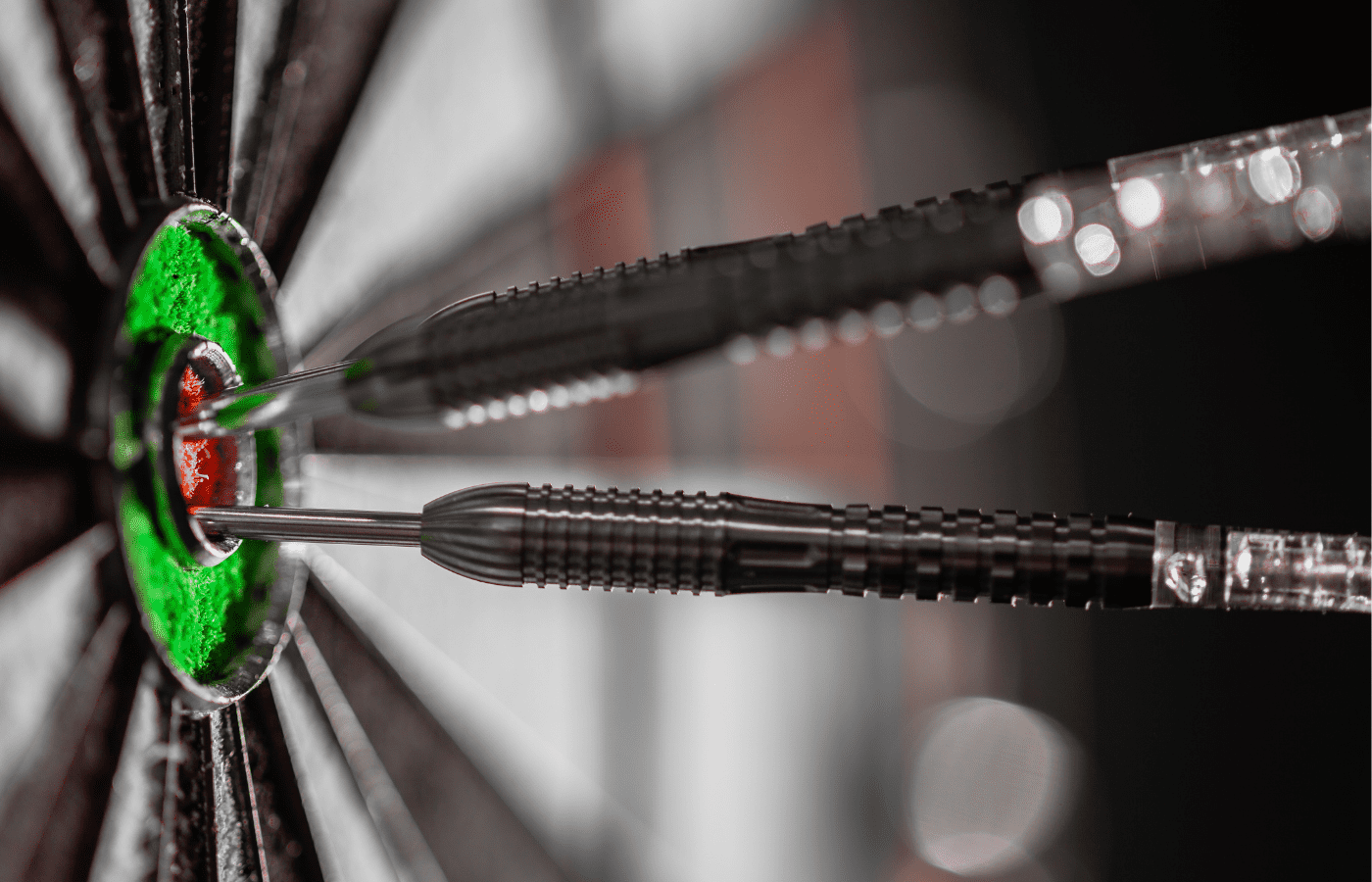 Luke Humphries hasn’t even hit 30 yet, and yet it already seems as if he has managed to accomplish a lot in the sport. While he has yet to win a major tournament, Luke Humphries has shown that he is improving as a player. We wouldn’t be surprised if his first title is just around the corner. For now, though, let’s talk a little bit about the darts that Luke Humphries uses.

Luke Humphries has a signature range developed by Red Dragon. He plays with 22-gram darts, although if you are not a fan of that weight, then there are lighter and heavier options in his signature range.

On this page, we are going to discuss a little bit about Luke’s tour history. We also want to tell you all about his darts and how they have an impact on the player that he is.

What Darts Does Luke Humphries Use?

As with many of the top players on the pro circuit, Luke Humphries has had his own set of darts developed by Red Dragon. Luke Humphries currently plays with the 22-gram Red Dragon signatures (which you will find listed as 21-Gram in their range)

His signature darts are a 90% Tungsten Alloy. Although, since most darts from the pros nowadays are Tungsten Alloy, this is unlikely to come as too much of a shock. It is really the perfect material to ensure that the darts can sail through the air and ensure that they land on target.

Luke’s darts are front-weighted. Obviously, this is something that serves a pro pretty well. However, we have often found that front-weighted darts work well for some of the less experienced players. They are a bit more forgiving when they fly through the air, because you can aim slightly up and they should sail towards their target a little bit easier.

The grip is perfect. It is a combination of buttress grooves and square grooves. It is going to be just enough to ensure that you can keep the darts firmly gripped in your hands while you are aiming them, but nowhere near coarse enough that you are going to struggle on the release.

This is a mark of a good dart. Interestingly, the grip pattern extends the full length of the dart. It is incredibly rare for pro darts to do this. This means that the Luke Humphries signature darts from Red Dragon can be great for those that may want to grip their darts in a slightly different position from the norm.

The look of these darts is fantastic too. Many of the other Red Dragon signature darts have a hint of color in them. The rest will just be that Tungsten Alloy metal finish. However, not these darts.

They are a combination of blue and yellow. If you whip these out while playing a game of darts, then your competitors will be envious, and not just because they know that you are going to be playing with one of the best signature darts sets on the market.

His darts are available in a variety of different weights.

To check the current price and availability of Red Dragon darts, click here to view the selection on Amazon.

Luke’s first foray into the world of professional darts came in 2017. While he didn’t have a tour card at this point, he managed to pick himself up 5 different PDC developmental titles in a single year. His success on the developmental circuit resulted in him being awarded that tour card.

Luke’s first proper tournament on the full PDC circuit saw him beat several top players in the 2019 PDC World Championship. He actually caused a little bit of a stir at the time. People were tipping him to win the whole tournament. However, unfortunately, he ended up being knocked out in the Quarter Finals. However, the fact that a new entrant managed to get this far into a major tournament is a feat in itself.

2019 wasn’t a complete bust for Luke, though. The same year, he was an entrant in the 2019 PDC Youth World Championship. He managed to win it. At the age of 24, he was the oldest person to ever pick up the title. Of course, this was the last year he was able to enter the tournament. He is now far too old for it.

It is evident that Luke Humphries has been improving each year too. Darts fans will probably remember the 2021 UK Open. Luke managed to reach the final although he was, unfortunately, defeated. We wouldn’t be surprised if his next attempt at the tournament sees him walking away with a big win.

He did win the 2022 German Darts Grand Prix. We know that there are some people that do not see this as a major tournament win. However, let’s be honest, we are positive that Luke is going to be more than happy with the first proper PDC win of his career. This tournament has really started to make people pay attention to him too. By all accounts, walking away with the German Darts Grand Prix resulted in him seeing a huge increase in the sales of his darts.

So, where to next for Luke? Who knows? He is still young enough that we could see him getting several major wins under his belt. We wouldn’t be surprised if he became one of the top players in the world before too long.

Luke Humphries is new to the pro circuit, but he has already managed to see a lot of success. Even at a young age, he has been lucky enough to hit the 2022 UK Open final, and he has even managed to pick himself up a German Darts Grand Prix win. It will be interesting to see the way in which his career is going to go.

At the moment, Luke Humphries plays with his 22-Gram signature range of darts from Red Dragon. Thes have been developed in collaboration with Luke and they play into his dart strengths perfectly.

Darts players can pick up his signature darts from Red Dragon.