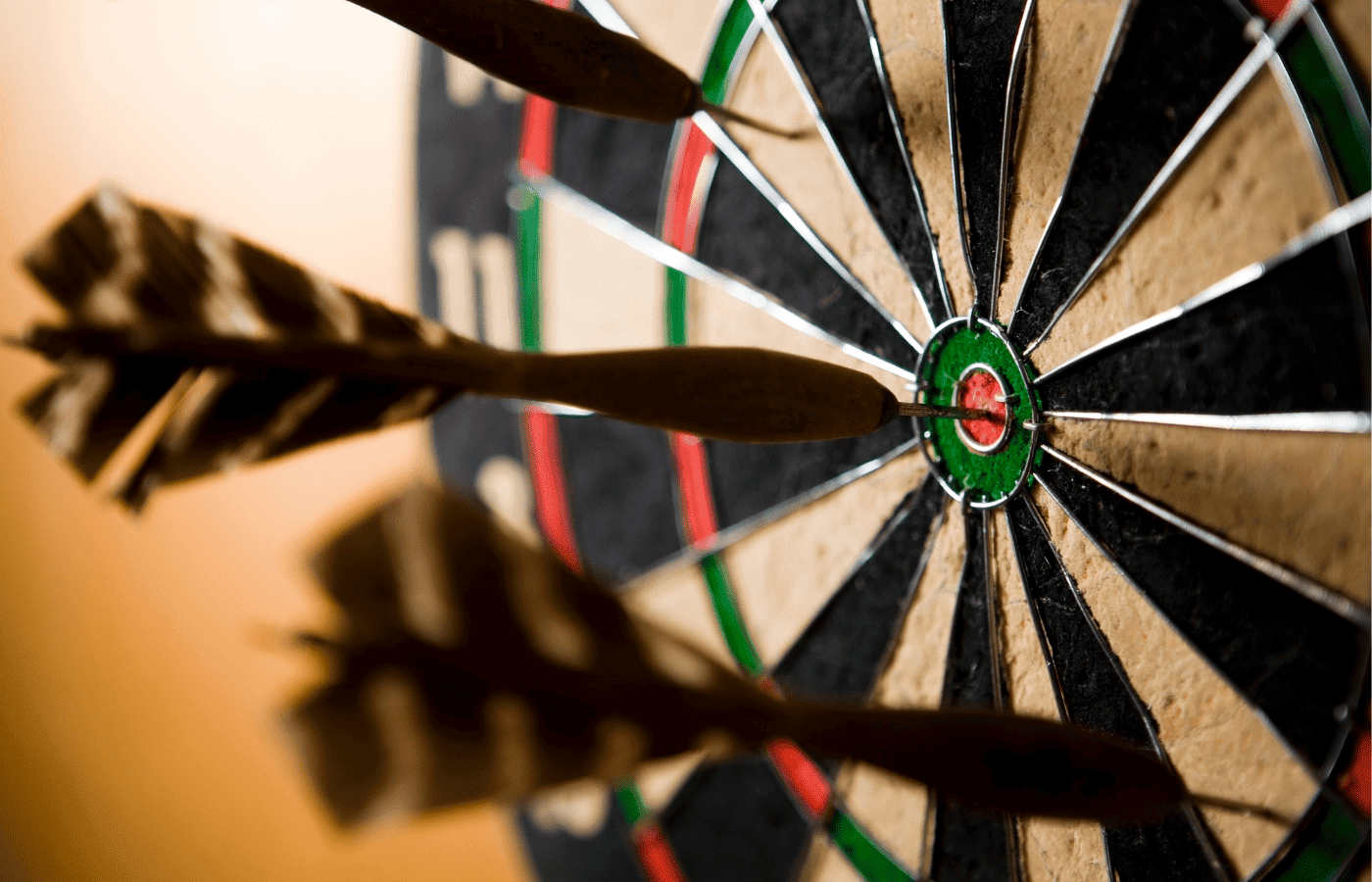 If you’re a fan of Martijn Kleermaker, you may have wondered about what darts he uses during a competition. For many years, fans speculated as to what darts this Dutch darts player prefers to use. However, in 2020, Kleermaker made an announcement on Twitter that he was collaborating with Bull’s on his own line of darts.

What type of darts does Maertijn Kleermaker use? This pro darts player uses Bull’s Martijn Kleermaker 80 % darts. He prefers to use a heavier dart when competing in tournaments.  Before the launch of this darts collection, Kleermaker was known to prefer Bull’s Germany, so the brand collaborated to make darts exactly how he wants them.

What Weight Darts Does Martijn Kleermaker Use?

Martijn Kleermaker uses darts that weigh 25 grams each. This is slightly heavier than the weight range of darts that most professional players prefer to use, which is between 21 and 24 grams. Every darts player has a different style with their aim, and Kleermaker performs better when his darts have more weight.

To check the current price and availability of Bulls Professional Darts, click here to view the selection on Amazon.

Does Martijn Kleermaker Use Tungsten Darts?

The Bull’s Martijn Kllermaker 80 % darts are made out of tungsten. The “80 %” in the name of the darts represents how much tungsten each dart is made of. Tungsten is the most common metal to use for making darts. Players prefer to use tungsten darts because it’s one of the heaviest metals.

This line of darts has been praised for its attractive appearance. The barrel of these darts has a lot of detail, as it’s covered with mini-scallops for gripping. Players who are rear grippers will be able to play to the best of their abilities with these darts. However, they will need to pick the right size to throw with. All 3 sizes have a 51.90 mm barrel.

The cuts of these darts are beneficial to help prevent chipping, so people will be able to keep their darts looking good for longer.

When darts players purchase this set, they will receive three of each of the following:

The Bull’s Martijn Kleermaker 80 % darts have received many positive reviews from players. One of the key features is the mini-scallops which offer a very impressive grip that was tailored to meet Kleermaker’s style and expectations. This feature has sold a lot of players on this particular set of darts.

Yet, some people have mixed feelings about committing to the set. While they are a good quality set of darts, they are also quite pricey compared to other 80 % tungsten darts on the market. Even though the price range is similar to darts with a high tungsten level, the darts do have a nice weight to them to allow a good quality throw.

Overall, most darts players agree that the Bull’s Martijn Kleermaker 80 % darts are a great set to play with. However, you may have to adjust how you grip the dart in order to make the most of this set.

Martijn Kleermaker started playing darts in 2009 and quickly earned the nickname “The Dutch Giant”. Since focusing on darts professionally, Kleermaker has competed in many PDC and BDO events. While Kleermaker has had some undeniably good performances, 2019 was one of the best years for him. In 2019, he won the following events:

During his early years of playing, Kleermaker competed in BDO events. He was with BDO from 2014 to 2020. In 2020, he signed up with PDC. While he has only been with PDC a few years, he has already had some impressive performances. He made it to the last 16 for the 2020 European Championships, 2021 UK Open, and the 2022 World Championship.

Unfortunately, Kleermaker was unable to compete in the 2021 World Championship because he was sick with COVID-19. When he tested positive, he has to withdraw from the tournament. However, things are looking much better for the professional player in 2022 as he ranked number 40 of the best darts players worldwide and made it to the 4th round in the World Championships.

One of the best features of the Bull’s Martijn Kleermaker darts set is the unique grip. There are miniature scallops covering the barrel. This allows players to get a better grip on the dart and was designed to meet what Kllermaker needed during tournaments and competitions.

Martijn Kleermaker, otherwise known as The Dutch Giant, has made an impression around the world with his darts skills. If you’re interested in playing just like him, you now know what kinds of darts you need. Kleermaker values the importance of a good grip on a heavy dart, which is exactly what people can expect with this set. These darts are attractive and of good quality.