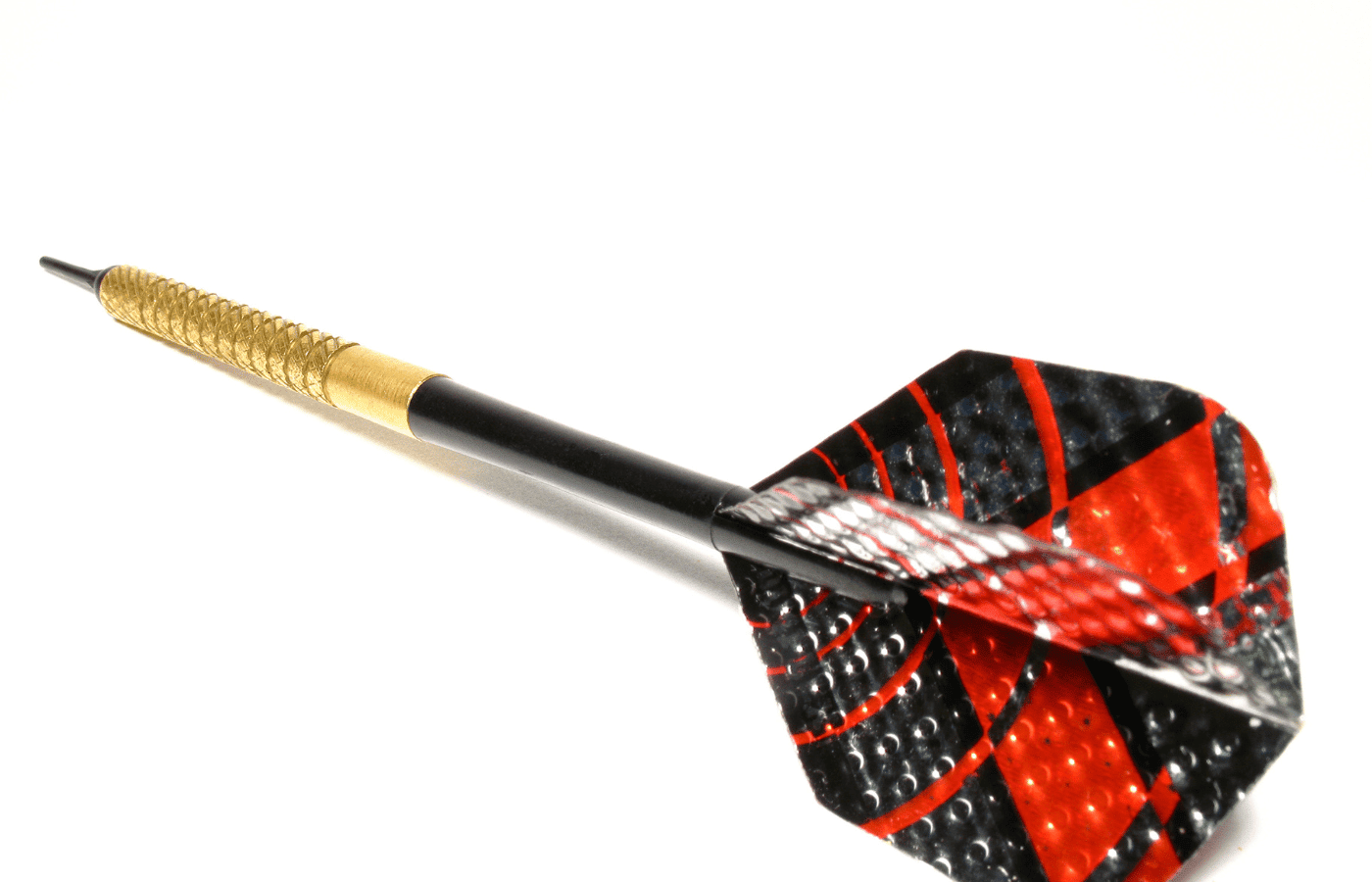 Nicknamed ‘The King’, Mervyn King has been kicking around the pro darts scene since 1994 when he played on the BDO circuit. Now he can be found playing in PDC tournaments. While he has yet to pick up a major title (he has picked up a few smaller tournament wins), whenever The King plays, everybody gets excited. They know they are in for a treat.

So, what darts does Mervyn King use? Well, he uses the Winmau Mervyn King Onyx signature darts. They are produced by Red Dragon. He plays with the 22-gram darts. He has used other darts over the years, but these are the ones that he now seems to have settled on.

What Darts Does Mervyn King Use?

Because he has been in the darts business for a while, Mervyn King has seen himself using a lot of signature darts. In the last few years, he seems to have settled into the Winmau Mervyn King Onyx. He plays with the 22-gram version. While these are branded Winmau, they can be purchased from Red Dragon, or any company that sells Red Dragon darts.

His darts are 90% Tungsten Alloy. This metal ensures that the darts are able to float through the air with ease. It is no wonder that Mervyn King is known for his accuracy when throwing darts.

His darts have a full-length grip. It is a scalloped grip with square grooves. The grip rating is 3, which puts it around the medium grip area. This means that there is enough there to ensure that the dart isn’t slipping out of your hand, but not so much that you would struggle to release the dart.

Mervyn’s darts are center-weighted. This is actually rather unique, as it seems as if a lot of pro players now seem to be opting for a front-weighted dart. However, if you have seen Mervyn King play before, then you will know that balance is important to him.

He wants the way in which he throws the dart to be predictable, and the only way that this can be properly accomplished is by using a center-weighted dart.

To cap it all off, his darts are rounded off with the Mervyn King signature flights. He is one of only a few pro darts players that have been lucky enough to earn themselves signature flights. Although, of course, if you are not happy with his flights, there are plenty of other choices.

His darts have a black finish, which is a fantastic style choice. There aren’t enough black signature darts out there.

To check the current price and availability of the WINMAU Mervyn King Steel Darts, click here to view the listing on Amazon.

Because Mervyn King has been playing since 1994, he has a massive playing history. We won’t be able to cover everything. We are going to break down both his BDO and PDC career. However, do bear in mind that we are likely to miss out on some of his wins over the years.

Mervyn’s career in the BDO started in 1994. He managed to hit the ground running too. While he didn’t have any major tournament success in his first year, he managed to pick up the French Darts Open in his second, and a couple of years later the Dutch equivalent. In that same year, he made it to the semi-finals of the BDO World Championship.

Over the course of his BDO career, Mervyn King managed to find himself in 12 different finals. However, sadly, he was only able to convert three of them to wins. This is actually where Mervyn tends to fall short. He is an amazing player on his day. However, he always seems to let the pressure get to him when it comes to the big finals. Although can you blame him? It is a lot of pressure to be in a major final.

In 2006, Mervyn’s BDO career started to draw to a close. He started to lose a little bit of his form this year. This is because he was gearing up for a switch to the PDC. In 2007, he finally made the switch.

We won’t go into it too much here. However, Mervyn King received a lot of criticism when he switched to the PDC. Even to this day, a lot of ex-fans and players have a bit of loathing towards him. This is because he said for years he would never switch to the PDC, but then he did. A lot of people see it as selling out. Us? We see it as a good career move.

As with his BDO career, the PDC career has been a series of near-misses. He has found himself in several major tournament finals, and the semi-finals in others. However, he hasn’t quite managed to get over that final hurdle.

However, despite this, Mervyn King has managed to retain a huge number of fans on the pro circuit. Even if it is unlikely that he will be winning a major tournament in the near future, you can bet your bottom dollar that there will always be countless people cheering for him when the ‘King of Kings’ from Motorhead music manages to hit.

Mervyn King has been around the darts scene for a long while. While he has had several near-misses in his time in both the BDO and PDC, he has yet to pick up a major title. It is unlikely that he ever will do. Not that it matters. He plays a great game.

Mervyn King plays with 22-gram darts. If you want the same darts as him, then you can pick up the Winmau Mervyn King Onyx  He even has a set of signature flights if you want to replicate his playing style perfectly.

His darts are currently manufactured by Red Dragon.