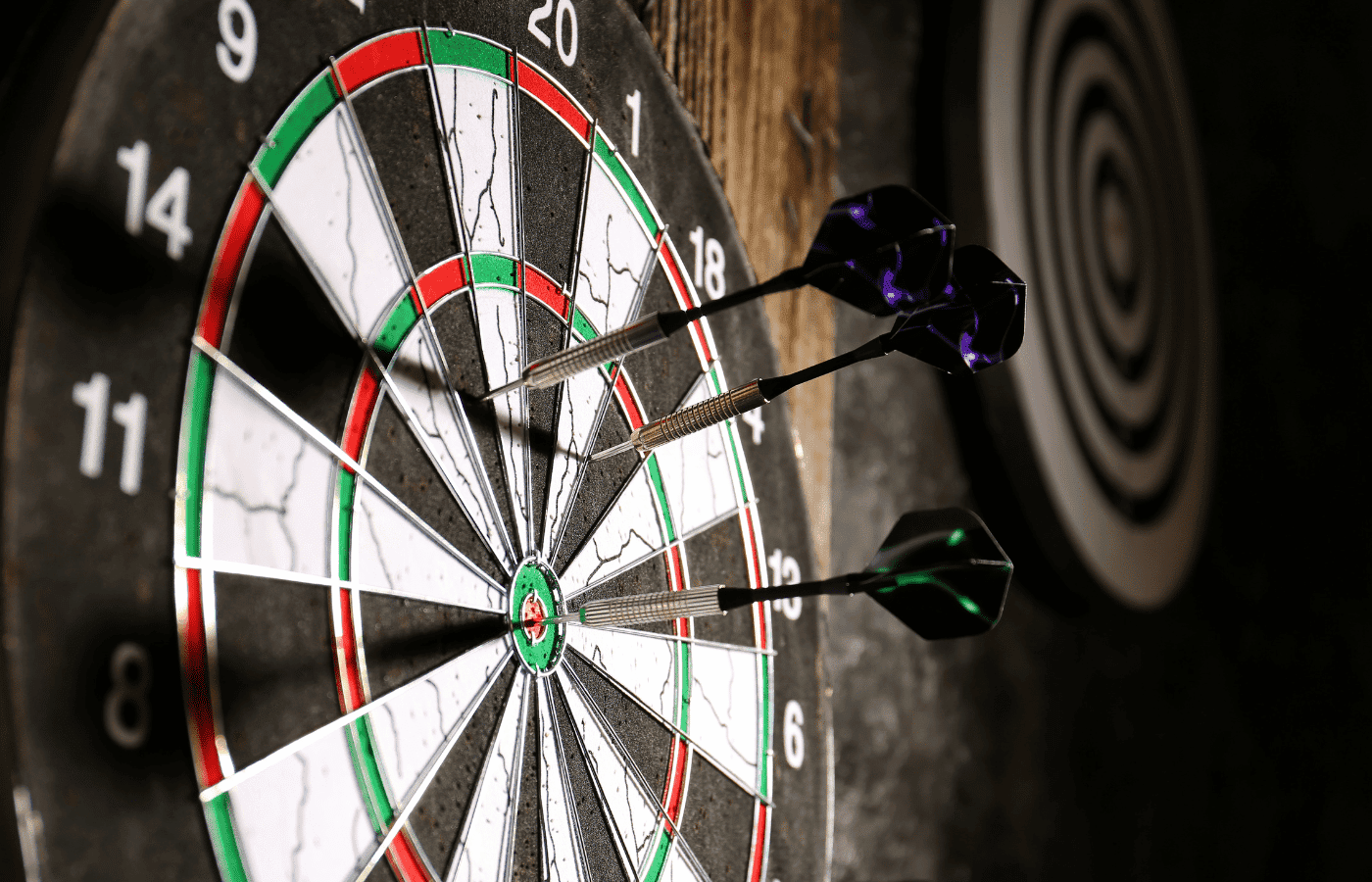 Not only one of the most accomplished professional darts players on the planet, but also one of the most popular, charismatic, and exciting, Australian Pro Simon Whitlock is the definition of a fan favorite.

A dominant force for more than a decade in this sport, Whitlock – sometimes going by the nickname “The Wizard” – isn’t just a talented phenom. He’s also dedicated, meticulous, and very serious about giving himself every legal edge and advantage he can.

What Darts Does Simon Whitlock Use?

Like a lot of top professionals in the dark world today, Simon Whitlock has partnered up with the globally recognized leader in dart manufacturing technology – Winmau – to produce darts that are made to his exacting specifications.

The Winmau Simon Whitlock darts feature incredible detail, picture-perfect balance, and just the right amount of “wizard flair” that you’re not going to find on any other set of darts on the market today. Not outside of custom options, anyway.

Winmau worked with Whitlock to produce exactly what he was after.

These darts have a 20 g barrel weight (though they weigh in at exactly 22 g overall) and are made of a 90% tungsten alloy that makes them foolishly strong, foolishly straight and true, and allows for a lot of consistency in the actual manufacturing process itself.

Threads on the Winmau Simon Whitlock darts are 2BA in the barrel profile is a “Specialist” profile. The front profile has been tapered, the point is a softip, and the balance on these darts – the overall weight distribution – is dead in the center.

That’s just the way Whitlock likes to run them!

Another cool feature of these darts is that they have a full-length grip zone from tip to tail, so to speak.

This means that you can choke up on the darts, kind of ride the backend of them, or square up right in the middle (or anywhere else on the dart shaft you’d like to grip) without any headache, without any hassle, and without any worry that your release will be inconsistent.

Winmau absolutely smashed this dart out of the park for Whitlock and it’s helped him to win some pretty big matches.

To check the current price and availability of Winmau Simon Whitlock Darts, click here to view the listing on Amazon.

What Weight Darts Does Simon Whitlock Use?

As highlighted a moment ago, Simon Whitlock likes to run a 22 g dart – and that’s exactly what his Pro darts made from Winmau come in at.

Of course, this same design that Whitlock worked with Winmau to produce is available in a couple of different weight options as well.

For Whitlock, though, 22 g really does offer that perfect feel.

The 90% tungsten alloy used in the production of these darts guarantee that the weight is consistent from one dart to the next as well.

Combine that with the legendary consistency from dart to dart that Winmau delivers in their manufacturing and production process and you’re going to love your Whitlock series darts regardless of the weight you decide to go with.

Start out with a 22 g options, though, and see if you like them as much as Whitlock does!

Can I Buy the Same Darts as Simon Whitlock?

You bet you can!

Winmau offers a variety of different weight options in the Simon Whitlock Professional Dart series, including the 22 g competition darts that Whitlock himself uses every single time he enters a match.

Sadly, it’s not yet possible to order directly from the folks at Winmau and have these competition level darts sent to you directly.

Instead, you’re going to have to grab these darts at a local shop or use any of the authorized Winmau retailers online to order these darts and have them sent to your doorstep.

Always order from authorized retailers, though. These darts are so popular that there are counterfeits floating around and there’s no reason to use anything but the real deal, especially since these Winmau darts are so affordable for what they bring to the table.

An Australian professional dart player born in 1969, Simon Whitlock exploded onto the competitive dart scene in 2003 when he reached the Final 16 stage of the PDC World Darts Championship.

Two years later, Whitlock was in the semifinals of the 2005 BDO World Darts Championship, losing to the eventual (and heavily favored) champion superstar Martin Adams.

Whitlock left the “mainstream” professional dart world and competed in the DPA as well as the Australian Grand Prix, events held in his native country. The first two championship titles in those events went to Whitlock, allowing him to go to the 2008 PDC World Champion – but Whitlock decided to forgo that title match and instead remain in the BDO World Championship circuit.

This professional dart superstar qualified for the 2009 Grand Slam, competed very well in the Group Stages, but eventually dropped the title match to the Scott Waites.

Today, Whitlock continues to compete in the PDC and is one of the most beloved players in the world of professional darts.

There’s a reason why Winmau wanted to work so closely with The Wizard and why the darts he plays with are so commercially successful!