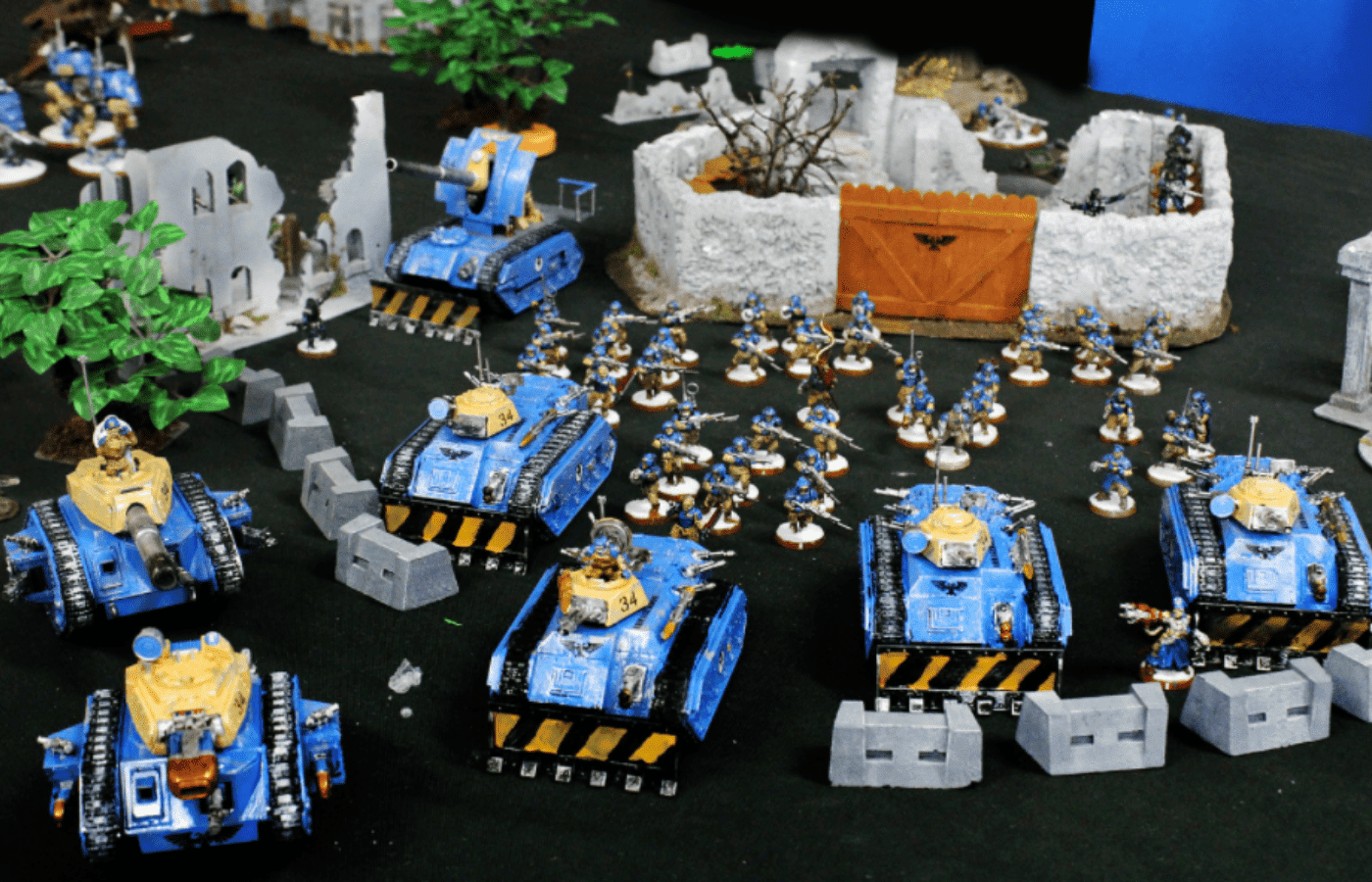 Since 1987 Warhammer 40K has been a popular, albeit expensive, miniature model game. While most of its popularity is in the UK, there’s a good following for it in the United States and Canada. The design of the game captures the imagination. It’s beset in a dystopian future complete with humans and aliens as well as weaponry, buildings, spacecraft and a game board.

But where do you buy Warhammer 40K? There are the usual places such as Games Workshop or Amazon. However, you can find a world of used and new models on places such as EBay, Miniature Market and many others. That said, if budget is a concern, you may want to save up some money before making any purchases toward it.

For a hobby, Warhammer 40K is very pricey. However, you can build and paint the models, which is one of the features that make this so desirable. This means, even though players will have the same piece, it won’t look the same. So, a world of creativity becomes available.

The fortunate ones will have a hobby, gaming or actual Games Workshop store in their area. But there are several places online where you can peruse and compare prices.

How Much Does It Cost to Buy Warhammer 40k?

For newcomers, expect to pay at least $400 to have a proper game set to get started. Some items, like figurines and small sets of characters, you might pay as little as $20 or as much as $200 or more. It depends on if you’re looking for something specific and new or something used and older.

But, this is on the low-end of things; Warhammer 40K can get in excess of thousands of dollars. There are so many different pieces and collections, with some being more desirable and sought after than others. Depending on what you’re looking for and what you want to spend, they can be less expensive at some places than others.

So, for the sake of demonstration, we’ll focus on the Black Templars Army Set. This comes with 13 figurines total and has the Black Templars Marshal, Emperor’s Champion, Redemptor Dreadnought, Primaris Sword Brother, five Primaris Initiates and four Primaris Neophytes. Plus, you get several round bases varying in size along with a codex supplement, 28 data cards and one transfer sheet.

To check the current price and availability of Warhammer 40K, click here to view the selection on Amazon.

Where Are the Best and Cheapest Places to Buy Warhammer 40k?

Games Workshop will be the best but also the most expensive, with the Black Templars Army Set costing $199. The good thing is they offer free shipping within the US for all orders over $32. Buying sets seems to be the best way to go since the savings is great in that way.

If you were to buy the figures separately, it’s going to be about $35 each. That means it will be more expensive if you bought the set piece by piece, about $455 for all 13 figurines. This doesn’t necessarily include the bases, codex, transfer sheet or data cards. Therefore, sets offer the most money-saving opportunity while being able to acquire several components.

Whether you buy the set from Miniature Market, EBay or Amazon, expect the average price to be $170. Note that Games Workshop is the same seller on Amazon. So, it may be worth it to buy from there because you’ll still receive official models and save a few dollars.

However, on EBay it is about $0.75 cheaper to buy the set. That said, some places don’t offer free shipping, so the savings isn’t much to get excited over. The used ones available are considerably less in price.

OnTableTop offers the Black Templars Army Set at ₤125, or $165. But, at the time of this writing, it’s on sale for ₤99.40, or $131. While they will often be less expensive for UK residents, it will be pricier for those living in the United States or Canada because of shipping costs.

Based in Canada, Tista Minis doesn’t have the Black Templars Army Set. They, do, however, have a very limited selection of new and used models to choose from. Therefore, if you’re not picky or specific and want to save some money, this is the place to go. For instance, if you want the High Elves Realm Army Set, it will cost $170 CAD or $133.88 USD.

Warhammer 40K is a creative yet expensive hobby. But, there are a few places online that you can look at and keep your eye out for. But, the price bracket seems to be pretty tight and there isn’t much deviation from one place to the next.

The only real difference in cost comes between buying the models from Games Workshop’s online store or through their shop on Amazon. However, if you’re just starting out and aren’t too particular in what you want, Tista Minis might be a better place to start.

Another thing to keep in mind is shipping. Even though some places may offer an item for much less than Games Workshop, the shipping might kill any savings. This is why it’s best to shop around and do some comparing before you make a final decision.