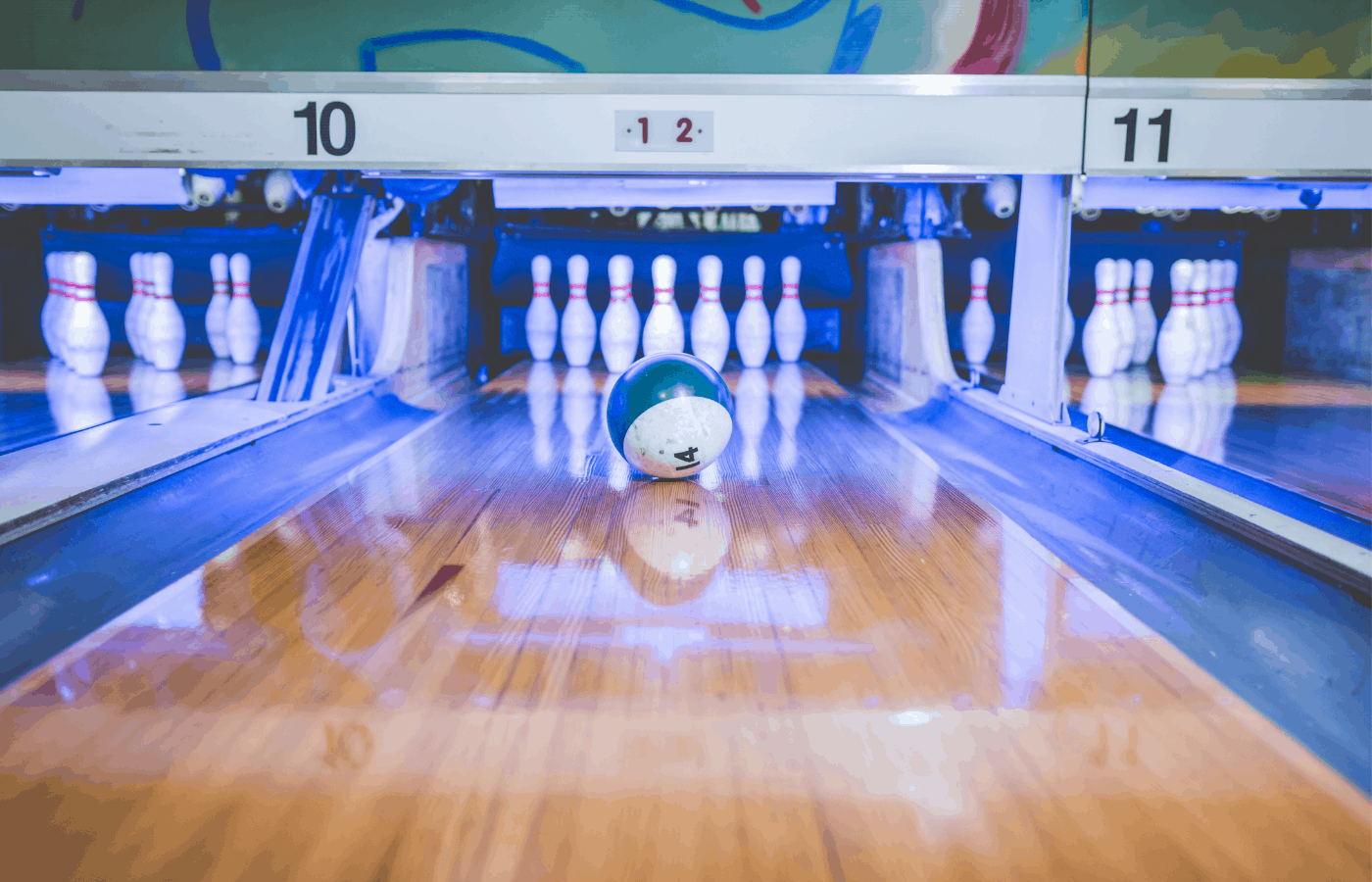 The first time that you ever visit a bowling alley you will definitely notice something. They tend to be on the chilly side! This is actually quite normal and it occurs for a good reason, but it can be a little surprising as the AC is always up a wee bit more than normal. So, why are bowling alleys so cold?

Bowling alleys are very much climate-controlled due to both it’s nature as a sport and because the temperature and relative humidity make a difference in the game. So much so, that during cold snaps there are minute, but definite changes to lanes that affect how the ball is going to perform!

In this article we’re going to take an in-depth look at what cold actually does when it comes to your bowling game. We’ll talk about what cold means for the actual lanes themselves, as well how a cold bowling ball might interact with a warmer lane, and finally whether or not it’s okay to let your ball get cold in the first place.

Yes. Temperature and humidity can have quite the impact on those polished wooden lanes. First off, you need to factor in the porosity of the wood. If high humidity were to occur, then the porous wood would naturally have a tendency to swell. If the humidity is almost non-existent, then the opposite occurs, and your wood is going to contract.

While we tend to think of the bowling lane as simply a straight road to the pins, that’s only a surface view, and compression or swelling actually change the shape of the lane. Naturally, that spinning bowling ball is going to hit the lane and it’s going to roll on the surface provided.

If humidity has changed that surface, then there will be changes in the ball’s trajectory that might well surprise you! Temperature will also have an effect on the constriction and expansion of the wood but as the construction of lanes may differ from alley to alley, the actual effects may vary quite a bit.

Thankfully, this was more a problem of older alleys but it can still affect modern ones and we’ll go a little more into that in the next section.

Modern bowling alleys are quite aware of the effects which cold weather may have on the lanes and they always prepare as best as they can. Oils are used to condition the lane, for instance, and the lane machines are expected to perform a little bit differently, but what about the actual topography of the lane itself?

This is where things get interesting. As the temperature lowers, it was noticed that the oils became denser, and wicking becomes impeded as well. Lanes become conditioned in a more uneven manner and this definitely has an affect on performance. Have you gone to the alley in the morning and the evening and felt like the lanes were somehow different?

They were.  The oil patterns on the lane have subtle differences, they just aren’t very visible to the naked eye. How much impact this will have on your game is going to largely depend on the bowling alley. Typically, on colder days, the staff is going to get the lane machines started much earlier, so that they can run for a few hours before you even come in.

This helps to ensure a more even coverage so that your bowling experience is not overly affected by the adverse temperatures outside leaking in. Lanes next to the wall will likely be most affected, but with earlier activation of lane machines, modern layering, and efficient climate control, effects to your game should hopefully be minimal.

Now, if the preparations don’t fully mitigate the issue, then most likely you will get minute depressions in the lane. These cause the ball to tend to move towards the center of the chilly lane, which is ideal for a strike but might just throw off a spare if you are trying to pick off a few stubborn pins.

Further, a depression can cause the ball to lose a little momentum, so that it doesn’t always strike the pins with the energy which you intended!

Now, these are just the changes with the lane itself, without factoring in the other important part of the equation – the ball. Let’s see what happens if the ball itself is cold.

Yes. A cold bowling ball is definitely going to behave differently. The first thing that you are likely to notice with a custom ball is the fit. While it fit like a glove before, cold causes contraction, so your fingers and thumb aren’t going to slide in perfectly.

That’s not all. A cold ball is going to have a tendency to skid more and to slide on the lane. If it’s too cold, the chill-hardened ball might even damage the lane itself.

Heat has affects too, as the bowling balls expand a bit and are a bit softer. This makes them tend to hook more often and to sweat trapped dirt and oils from the ball. Cold is really the nastier of the two and can actually damage your ball if you put it in your trunk the night before and a surprise cold-front arrives.

Let’s look a little closer at the effects of cold on the actual ball from an integrity standpoint.

Are Bowling Balls Ok in the Cold?

No. Extreme temperatures can actually crack your bowling ball. This most commonly occurs from cold, but heat can do this as well. It’s all about how the bowling ball is made. While it looks like one big, solid piece, a bowling ball has different materials in it’s core than are found on the outside of the ball.

At the core you’ve got a denser material, produced by adding barium or bismuth graphite to the core material, which is typically urethane, polyester, or resin. In some cases, it could even be ceramic. The denser core is by-design, as it allows the ball to absorb powerful impacts time and time again.

The outer layer, by contrast, is more about absorbing oil and dirt, and typically composed of polyester or urethane. So, when you have extremes of temperature, what happens is that you’ve got the outer layer of the ball expanding and contracting at a different rate than the material in the denser core.

If the rate variance is too extreme, cracking may occur, and the ball integrity becomes compromised. Your best defense is to keep the ball indoors in safely regulated temperatures and only in your car enroute to or from the alley.

Today we’ve explored the effects of temperature on lanes and on bowling balls themselves. While lanes were quite often affected in the earlier bowling days, superior climate control and precautionary measures such as running lane machines early certainly help to minimize the effects which weather will have on your game.

That said, lanes may still become depressed and changes in the oil density may certainly affect your game, the amount of which is going to vary greatly based on how hot or cold it is and the preparation which the lane staff has made in advance.

The best way to approach this, in our opinion, is to protect your ball accordingly and to take any lane changes as simply a part of the sport. Little changes like these can make an appreciable difference and by choosing to enjoy them for adding a little ‘spice’ to the game is the best way to go.