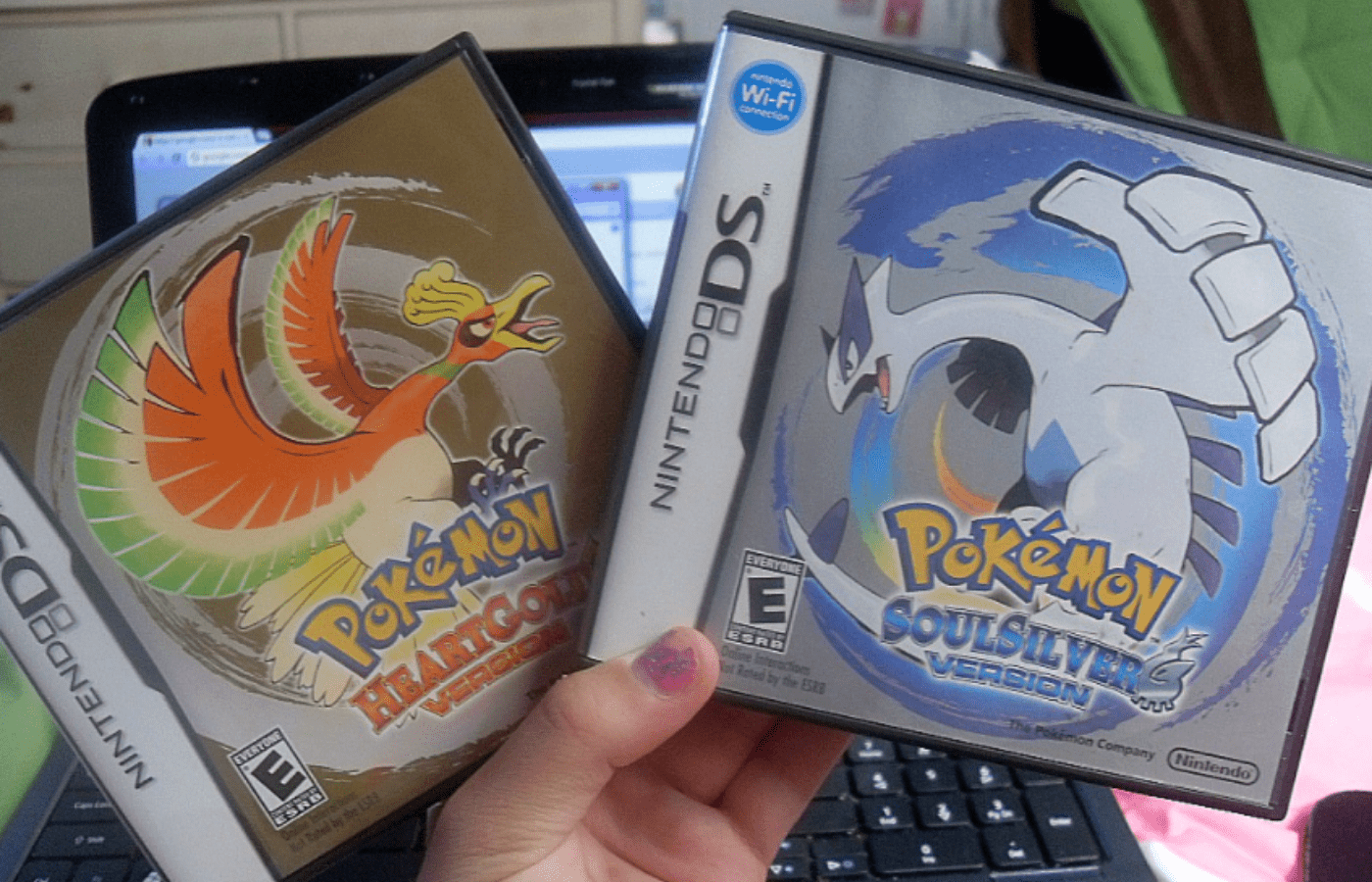 Pokemon HeartGold and SoulSilver are remakes of the 2nd Generation games of Pokemon. If you try and buy these games now, you are going to be looking at a rather hefty cost. So, why are they so high? Let’s take a look.

While SoulSilver and HeartGold are great games, they came at a time when Pokemon wasn’t really at its height. This means that people weren’t really interested in picking the game up. However, now they are. Of course, there are millions of copies out there, but not a lot of people want to sell them.

We really can’t wait to tell you about Pokemon SoulSilver and HeartGold and why the cost is so high.

Why Are SoulSilver and HeartGold So Expensive?

Pokemon games have always managed to retain their value incredibly well. Many of the games have easily climbed in price long after they have stopped being made. This always seems odd because the games sell in their millions.

However, at the end of the day, people don’t like to sell their own copies. People want to get their hands on copies. It is a supply and demand thing. There are less copies entering the market than what people want.

HeartGold and SoulSilver was one of the generations of games that people skipped out on too, in part because people loved the 1st Generation of Pokemon a whole lot more than the 2nd Generation of Pokemon. By this point, people were starting to get tired of the games. Although, of course, that changed a bit later on.

How Much Does Pokemon HeartGold and SoulSilver Cost?

If you purchase a copy without the box, then you are looking at around $40 to $50, depending on the condition of the game. When you find a copy with a pristine box included, then the price is going to be considerably more than that. We are talking well over $100.

Of course, if you just want to play the game, you only need the cartridge. You do not need to spend the cash on picking up the box as well.

If you want Pokemon HeartGold and SoulSilver bundled with the Pokewalker that came with the game, then we can’t imagine that you are going to be getting it for much below $150 boxed.

Although, we have noticed that the prices on that have fallen ever so slightly in the last couple of years. It turns out not as many people want the Pokewalker nowadays.

To check the current price and availability of Pokemon Heartgold and Soulsilver, click here to view the listing on Amazon.

Does HeartGold or SoulSilver Sell More?

There seems to be a little bit of a debate about this. There is some indication that SoulSilver sold more copies when the game was new. However, a lot of people are now looking to buy the HeartGold version preowned.

Most of the discussions that you find online about these two games will almost always focus on HeartGold, which is somewhat odd since they are effectively the same game with different types of Pokemon.

In practice, we haven’t seen a major difference in the price of the two games. You may find that HeartGold sells fractionally more than some of the other games from Pokemon, but not so much so that it is worth worrying about if it is HeartGold that you have your heart set on.

How Many Copies Of HeartGold and SoulSilver Were Made?

HeartGold and SoulSilver were some of the lowest-selling Pokemon games. This goes to show why they are so expensive nowadays.

Combined, the two of them sold around 12-million copies. While Nintendo doesn’t give a whole lot of information on how much each of the versions of the game sold, there is an indication that SoulSilver sold a little bit more. However, at the most, each game would have sold about 6-million copies each.

To put into perspective how disappointing the sales were for Nintendo, Brain Training sold more copies than HeartGold and SoulSilver combined.

How to Tell if Your Pokemon Heartgold or Soulsilver Is Real and Not a Reproduction?

HeartGold and SoulSilver are some of the most faked games around. This means that you will need to be doubly careful when you are picking them up.

Honestly, the color of the cartridge is probably going to be the biggest giveaway if it is a fake. Most reproducers do not have the ability to produce those black cartridges, and this means that you are almost guaranteed it to be a real copy when you have one.

Of course, you can never guarantee it until you have checked everything else. However, the chances are pretty high when you have a black cartridge.

Should I Play HeartGold or SoulSilver?

HeartGold and SoulSilver are both great games. There is absolutely no denying that. If you love Pokemon, then you are probably going to want to play them. However, the big question is whether it is worth the cost.

Well, maybe? They aren’t cheap, but they are collectible games. They are going to gain in value as time goes on. You do not have to buy the version with the Pokewalker or the case. While they are both great, the value of the cartridge will climb anwyay.

It is worth pointing out that both Silver and Gold are available on the eShop for the 2DS / 3DS until March 2023 for $10. You may want to play those instead, although they do not get the upgrades that the remakes of the game have managed to receive.

Pokemon SoulSilver and HeartGold are expensive because they are among the lowest selling games in the Pokemon series. A lot of people still want them, though.

You can expect to spend at least $40 to $50 for a game from this generation. HeartGold may sell for a couple of dollars more, but nothing too drastic.

This is one of the most faked generations, though. This means that before you make your purchase, you should always ensure that you have done your due diligence and ensured that you are not purchasing a fake game.