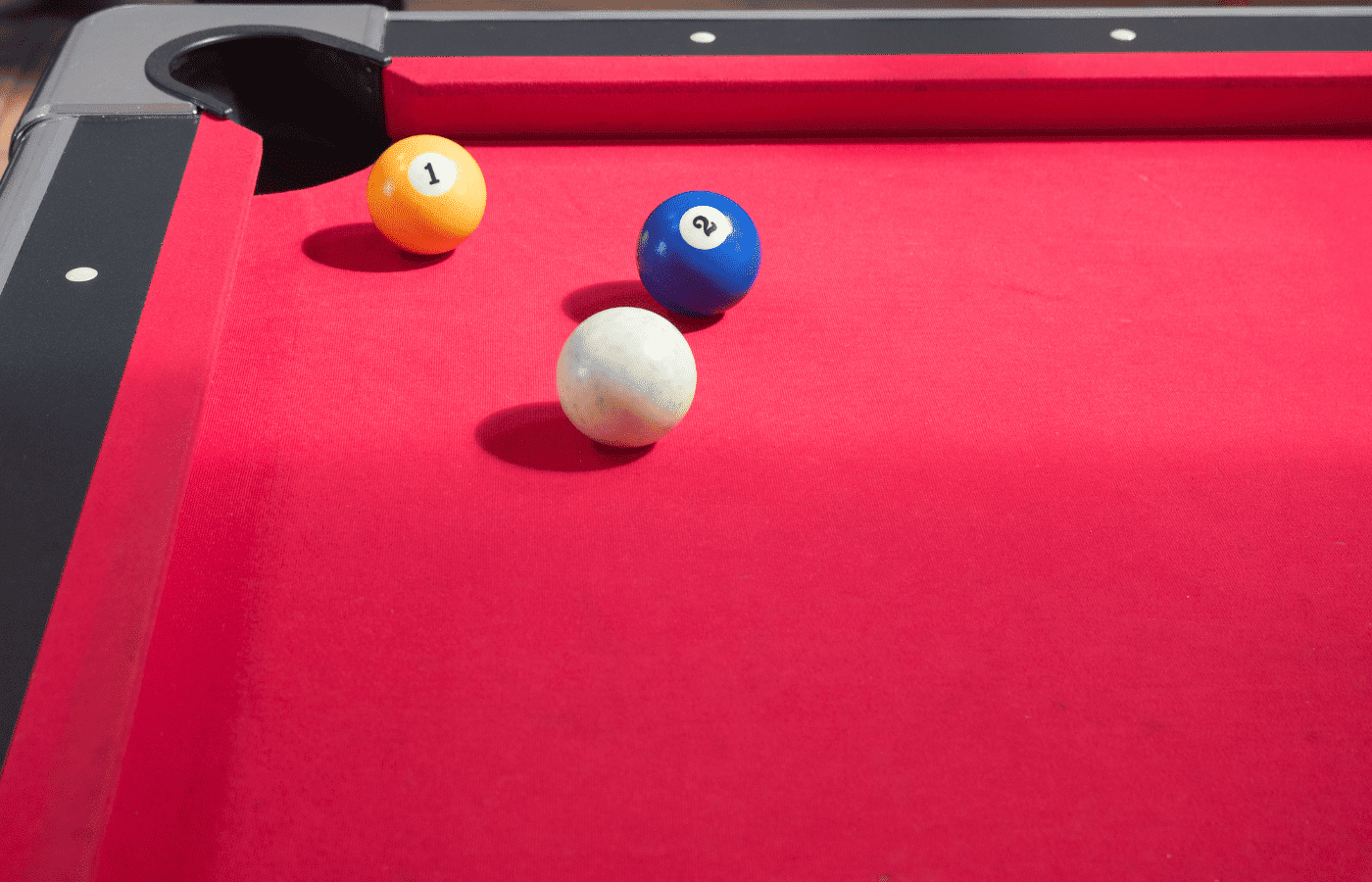 One of the most iconic images of a pool hall is a sea of green felt stretched out over pool tables. But have you ever wondered why some pool tables are blue, red, or even green? It turns out that there’s more to choosing a color than simply aesthetics. The type of fabric and the color of the felt can have a big impact on the gameplay.

Green is the traditional color for pool tables because it provides good contrast with the white balls. This makes it easier for players to see the cue ball and keep track of their shots. Blue and red are also popular choices because they offer good contrast while still being easy on the eyes.

In addition, darker colors tend to hide stains better than light colors, making them a good choice for busy pool halls. So next time you’re shooting some pool, take a moment to appreciate the thought that went into choosing the color of the table.

While some people believe that the color of the pool table felt does not affect the game, others believe that it can have a subtle but significant impact.

The Argument for Pool Table Felt Color Affecting the Game

One of the main arguments for pool table felt color affecting the game is that different colors can provide different levels of contrast. For example, a darker pool table felt will provide more contrast with the white balls than a lighter colored felt would. This increased contrast can make it easier to see and aim for the balls.

In addition, some people believe that certain colors can affect your state of mind and focus while you’re playing. For example, it’s been said that blue can help promote concentration and focus while green can help you relax and feel more in control.

While there is no scientific evidence to support these claims, some players swear by them.

The Argument Against Pool Table Felt Color Affecting the Game

On the other hand, there are also those who believe that pool table felt color does not affect the game. One reason for this belief is that, at the end of the day, all pool tables are going to have slightly different dimensions. This means that no matter what color the felt is, you’re still going to have to adjust your shots accordingly.

In addition, many professional players use a variety of different colored pool cues in order to help them aim better. This practice negates any potential advantage that a specific color of pool table felt might provide.

Why Do Pool Tables Have Green Felt?

The game of pool has its origins in 15th-century Europe, where it was known as “pocket billiards.” The first recorded mention of the game was in 1470, when French king Louis XI banned it because it was distracting his troops from archery practice! Pocket billiards slowly spread throughout Europe, becoming especially popular in England.

By the early 1800s, pocket billiards had made its way to America, where it quickly gained popularity. One of the first American pool halls opened in 1823 in New York City. By the mid-19th century, there were hundreds of pool halls across the country.

With the rise in popularity of pool came a need for standardized rules. In 1873, one of the first attempts at codifying the rules of the game was made by Montaque Redgrave, who published “Hoyle’s Games Improved.”

One of Redgrave’s innovations was to standardize the color of pool table felt: green. Before then, pool tables were often covered in red or blue felt.

Redgrave likely chose green because it was a symbol of prestige and wealth; at that time, only the most expensive homes had furniture upholstered in green velvet. Moreover, green is easy on the eyes and provides good contrast with the colored balls used in pool. And so, green became the de facto standard for pool table felt.

What Color Are Most Pool Tables?

The traditional color and the most common for pool tables is green. This is because when pool was first invented, the tables were made out of wood and the felt was dyed green to resemble the lawns on which the game was played.

While you can still find some wooden pool tables, most modern tables are made out of MDF or fiberboard and have a vinyl covering instead of felt.

The reasons for this are that vinyl is more durable and easier to clean than felt, and it also provides a consistent playing surface. One advantage of green pool tables is that they tend to be less expensive than other colors because they are the most popular.

To check the current price and availability of green, red, and blue pool table felt, click here to view the selection on Amazon.

Blue pool tables are becoming more popular in recent years as people look for something different than the traditional green table. Blue has many of the same advantages as green, such as being durable and easy to clean.

Additionally, blue is said to be easier on the eyes than other colors, making it less tiring to play on for long periods of time. The main disadvantage of blue pool tables is that they can be more expensive than green tables, simply because they are not as common.

Red pool tables offer all the same advantages as green and bluepool tables, with one key difference: they provide a pop of color that can really make your game room stand out.

If you’re looking for a pool table that will be sure to impress your guests, then red is definitely the way to go. However, red pool tables can often be pricier than other colors simply because they are less common.

The color green has been the traditional color for pool tables since the early days of the game. There are a few reasons for this. First, green provides good contrast with the white balls, making it easier for players to see the cue ball and keep track of their shots. Green is also a relatively neutral color that doesn’t distract from the game itself.

Blue and red are also popular choices for pool table colors because they offer good contrast while still being easy on the eyes. Other factors to consider when choosing a pool table color include the lighting in the room and the overall aesthetic of the space.

In general, any color that offers good contrast and doesn’t distract from the game is a good choice for a pool table.