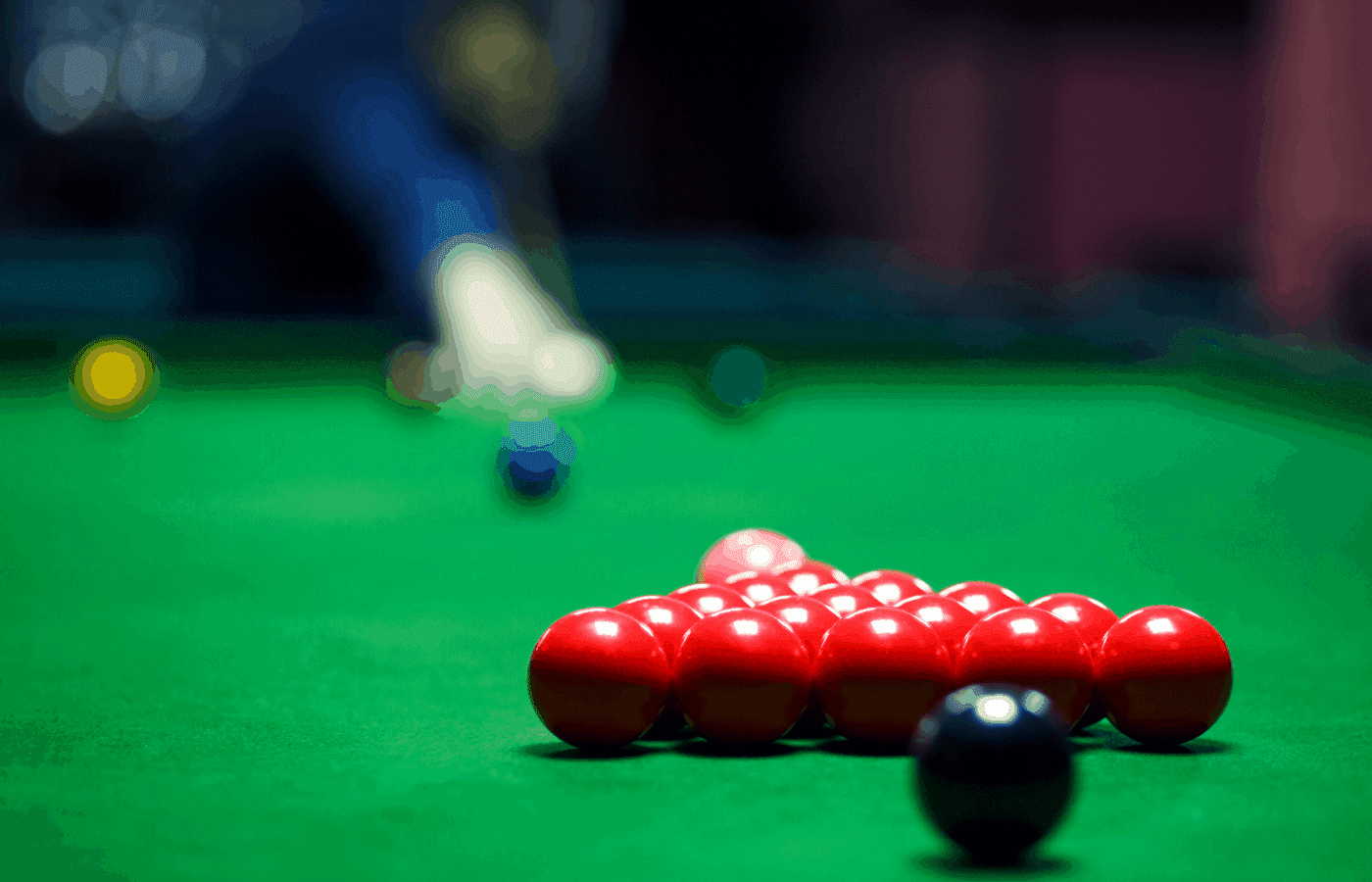 Well, to put it simply, water helps players to focus and have a better game. It also keeps them hydrated which allows for peak performance. This, in turn, means that they are going to be playing a whole lot better.

There was a time where snooker and pool players drank alcohol during matches, but times have changed since then, and water is now the norm. Let’s take a look in some more depth, shall we?

Snooker matches last hours. Frames can last upwards of an hour, if the game is evenly matched. This means that there are very, very few breaks in snooker. Imagine playing for a 12-hour stint without drinking water. You would be dehydrated.

Snooker players drink a lot of water because if they don’t, then they will suffer from the effects of dehydration, which leads us neatly onto our next point.

You may not think that snooker requires physical strength, but it does.

When you are hitting the snooker balls, you need to put a bit of power behind your shots. This can be difficult if you are not hydrated.

Now, we are not saying that you need to smash those snooker balls incredibly hard. That wouldn’t really work. However, you need some way to be able to regulate just how hard you are hitting the balls, and the hydration helps with that.

What you have to remember is that snooker is a game that takes an incredible amount of intelligence and skill. When you are looking at snooker balls, you need to be able to accurately predict the way in which a ball is going to be moving on the table.

If you do not have the right amount of focus and concentration, then it can be very difficult to predict how balls are going to move. If you get it wrong by even a small amount, then it could cost you the frame.

This is probably the most important reason to drink water while playing snooker. If you regularly play snooker and have not consumed any water while doing so, then we seriously suggest that you change things up a little bit.

You will be surprised at how much your game can change just by staying hydrated.

Being hydrated helps to reduce stress. Since snooker is a competitive game, the players will want to ensure that their stress levels are as close as possible to zero as they can be. A stressed player is simply a player that is probably not going to be playing the game of snooker all that well.

Stress is also not brilliant if you make a mistake. It can cause you to act in awful ways, and the rest of your game will be lost.

Prevents Headaches During a Match

If you have ever been dehydrated, then you will know that one of the first symptoms of dehydration will be a headache. Imagine getting a headache during a competitive match with a lot of cash on the line.

It wouldn’t go down too well, would it? By being hydrated, you reduce the risk of this happening.

As we said before, snooker matches last a long time. Some can last as long as 12-hours, with very few breaks during them.

The longer you play, the more tired you will get. Now, you won’t be able to completely eliminate the tiredness. This is natural. However, snooker players regularly drink water because it helps to keep the effects of tiredness to the minimum.

This will allow them to play the game right up until the very last frame.

If you watch a game of snooker, you will notice that players tend to play worse and make poorer decisions nearer the end of the match. This is the tiredness kicking in. They would have been a whole lot worse if they were not drinking water at the same time.

While it hasn’t happened in a while now, snooker players used to drink alcohol while playing snooker. As you can imagine, this isn’t really something that went down well.

We assume that this is an idea that came from the snooker clubs. After all, playing snooker was seen as a social activity, and thus you would drink a lot of alcohol while playing. The same thing with darts. Socialness leads to alcohol drinking. Although, professional darts players will still down a few pints while playing the game.

Impairs Judgement and Ability to Focus

The problem with drinking alcohol while playing snooker is that alcohol really stops you from being able to focus on the game.

Even a pint would impair your judgment. It probably is no surprise that most snooker players started to veer away from it.

Of course, it probably also didn’t help that you can’t leave the area around the snooker table for up to an hour at a time. Drinking alcohol and not being able to go anywhere for an hour isn’t good!

It is also likely that showing snooker matches on television during the early part of the day (they tend to kick off around 10am) meant that advertisers probably didn’t want alcohol consumed too much on TV. It wouldn’t have been good for them!

Snooker players drink water during a snooker match, because it helps to give them a bit of focus when they are playing. This, in turn, will lead to better results.

Drinking a lot of water is not only great for focus and performance, but it also hydrates, helps relieve stress, and reduces the chance of headaches during a match.

Gone are the days where professional snooker players will drink alcohol. Although, that is still something that you may find being done in some of the more social settings for snooker e.g. at local snooker clubs.