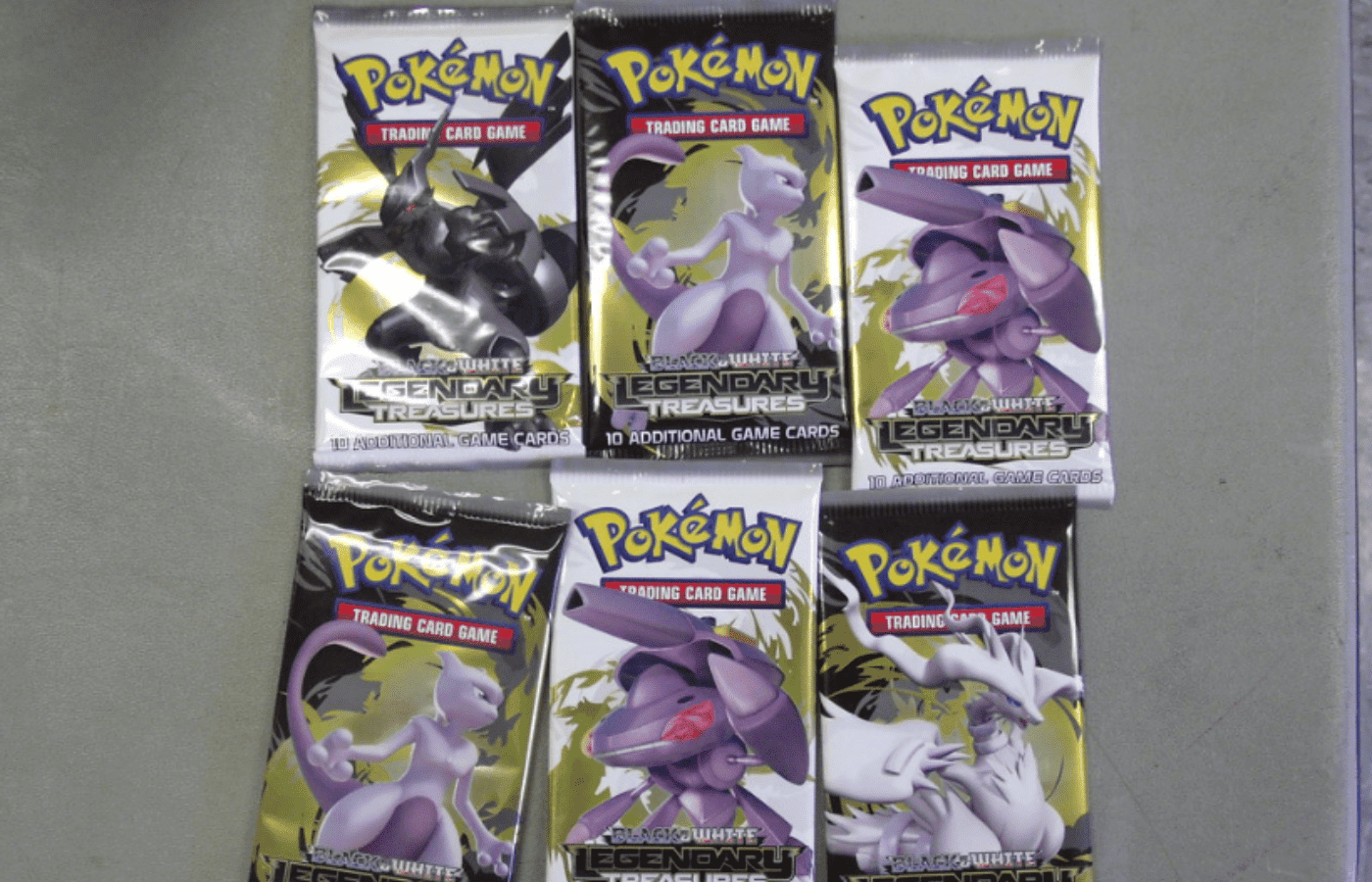 People are always trying to track down the rarest cards from Pokemon packs. One method that many people seem to have utilized quite heavily, particularly recently, is weighing. So, why do you weigh Pokemon packs?

In theory, weighing a Pokemon pack could identify whether there is a holo rare in the pack. However, it is no longer a foolproof method. This is because the Pokemon Trading Card Game company has devised a variety of methods to counter this.

Let’s explain in a bit of depth, shall we?

Why Do You Weigh Pokemon Packs?

People weigh packs because the idea is that if there is a holo card in the pack, it is going to weigh a little bit more. After all, the foil weighs fractionally more.

As we mentioned previously, this is not really something that you can pay attention to now with current pokemon sets. Weighing Pokemon card packs is pointless. For an in depth guide for weighing older Pokemon packs, click here.

Pack weights used to matter more in the past, because those with incredibly accurate scales may have been able to spot if a Pokemon card pack was heavier than other similar packs. If it was, then chances are that there would be a rarer card inside.

The problem for pack weighers is that every single modern set of the game comes with a holo foil card. Well, a reverse holo card. This ensures that the pack weight is fairly consistent across the board.

If that wasn’t enough, you may have noticed different color code cards (for the online version of the game) in the packs. These code cards have slightly different weights.

If you are trying to weigh Pokémon cards we recommend using a scale that measures in hundredths like this one, which can be found on Amazon, since it is pocket sized and weighs in .00g.

What Does a Heavy Pokemon Pack Weigh?

There is no standard weight for what a Pokemon card pack should weigh.

You have to remember that various cards have been introduced throughout the history of Pokemon. The older sets even had more cards in them, simply because they guaranteed an energy card.

If you want to know how much a heavy Pokemon card pack should weigh, then your best bet is to compare boosters from the same expansion set.

You will need to use very precise scales for this. You should have them switched to grams too (it is much easier to make a comparison like that). This is because the cards will have a fraction of a gram difference. It is barely going to be perceptible on the scale.

Do bear in mind that just because a Pokemon card pack weighs more than another pack, there is no guarantee that there will be a holo rare card in there. As we mentioned earlier, the Pokemon company goes to massive lengths to ensure that their packets can’t be mapped like this.

What Are the Easiest Pokemon Packs to Weigh?

The earlier the set came out in the life cycle of Pokemon, the easier it will be to know whether there is a holo rare in it.

The early sets only had one form of holo. This was the holo rare. There were no code cards to balance things out either.

This means that if you have an early set of the Pokemon Trading Card Game, then you can weigh them to work out which packs contain rares.

However, to be honest with you, the vast majority of those early packs are going to be worth more if you keep them sealed, so even if the pack is heavier, we wouldn’t suggest that you open it up. It will probably be a rather costly mistake.

What Are the Hardest Pokemon Packs to Weigh?

Any Pokemon card pack since the Sun ; Moon expansions will be notoriously heavy to weigh. This is because all of them contain a holo foil card, and all of them will contain that extra code card that will balance the weight out a little bit.

This means that there is no sense in weighing anything after Sun ; Moon. It isn’t going to be worth your time. If one pack weighs more than another, then this is likely going to be a rounding error more than anything.

You have to remember that if Pokemon card packs were that easy to weigh, all of the major companies would be doing it. You would rarely see packs with rares entering the market, because they would be all opened up and sold for singles.

If you watch any Pokemon YouTuber, then you will know that they open up quite a few dud packs too. if they knew that weighing would help, then you can bet your bottom dollar that they would do it.

We don’t care what anybody tells you. It is impossible to weigh any modern pack of Pokemon cards. In fact, it is almost impossible to weigh any of those older packs too. Anything that has been around since the Gold ; Silver expansions has way too many safeguards built in to prevent people weighing those cards. Don’t even bother.

Even away from the world of Pokemon, we don’t think that there is a single major card game that allows you to weigh the packs.

People weigh Pokemon Trading Card Game booster packs because they believe that weighing the packs will let them know whether there is a holo rare in the packet.

The thing is that it is almost impossible to weigh a Pokemon Trading Card Game booster pack, especially from the newer sets. There are a lot of safeguards that prevent it.

We suggest that you don’t bother weighing any pack of cards that you have. It isn’t going to be worth your time, and if you do weigh them, you will find that you end up with way more misses than hits.