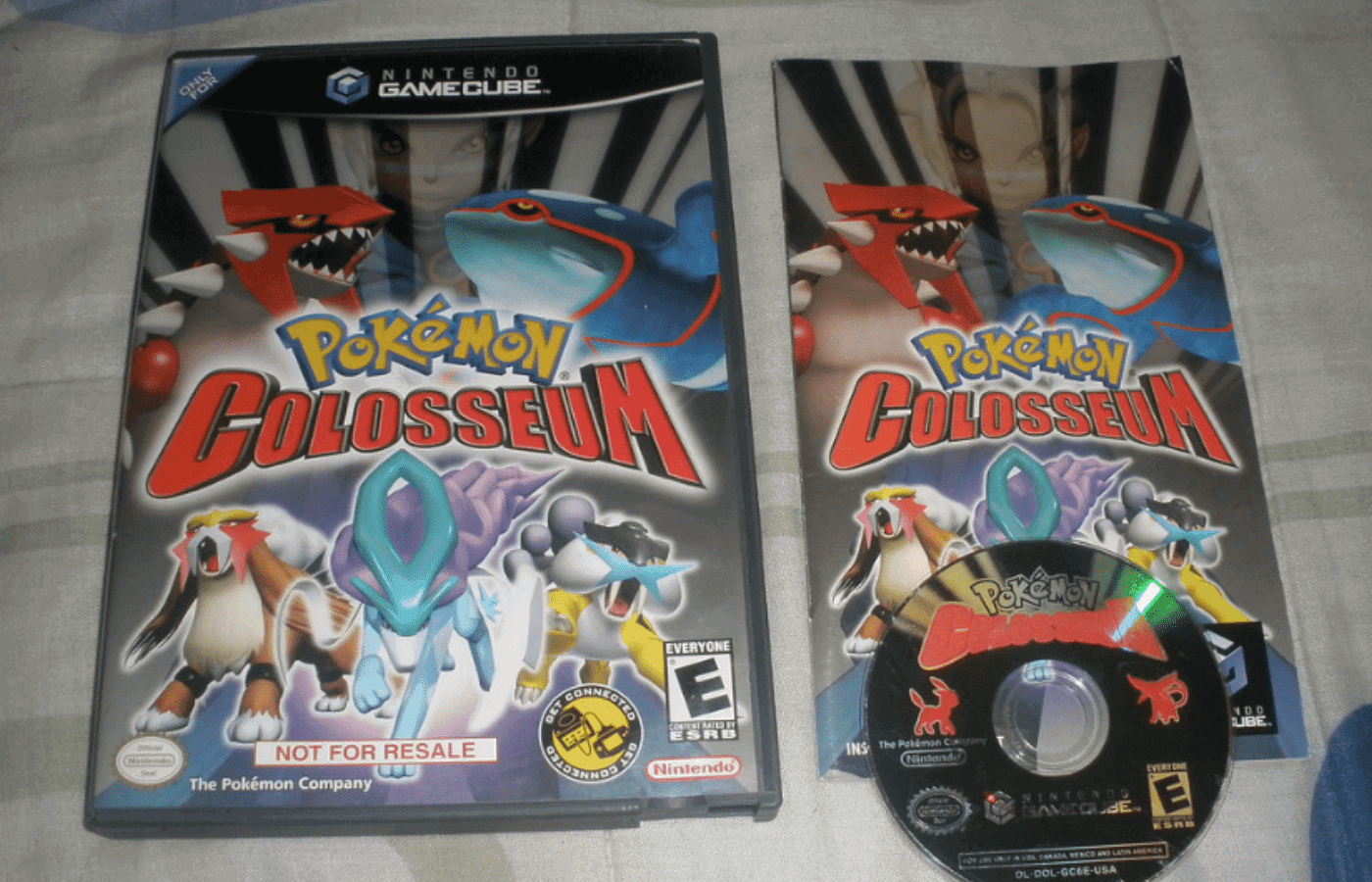 While we loved playing the Gamecube, it is nowhere near one of the more popular consoles from Nintendo. This means that many of the games, including Pokemon Colosseum, never got played anywhere near as much as they deserved to be. Therefore, it is no surprise that so many people are looking to play the game. So, why is Pokemon Colosseum so expensive?

Let’s discuss this game and its price in more depth.

Why Is Pokemon Colosseum So Expensive?

The Gamecube was a fantastic console. However, sadly, it was competing in the era of the PS2 and the first Xbox. It barely stood a chance. Not that Nintendo minded too much. They had the Gameboy Advance out. They were making bank. Of course, this didn’t really help the console games, and Pokemon Colosseum was one of the games that suffered. It is a shame because it was one of Nintendo’s first proper TV console games.

Pokemon Colosseum didn’t sell tremendously well (compared to the handheld Pokemon games), which meant that there were not too many copies out there. The copies that people do have, they are not willing to sell.

The problem? People still want the game. They want it badly. The demand is higher than the supply. This pushes the price up.

How Much Does Pokemon Colosseum Cost?

You are looking at a minimum of $70 to $100. However, we have seen times when there is a huge demand, and the game has ended up selling for a lot more than that.

Truth be told, this game isn’t going to be cheap. This is the type of game you will buy if you are looking for an investment, but we will discuss that more later.

To check the current price and availability of Pokemon Colosseum, click here to view the listing on Amazon.

How Many Copies Of Pokemon Colosseum Were Made?

Pokemon Colosseum was one of the biggest selling games for the Gamecube. However, as we said, the Gamecube wasn’t really a popular console. So, while it may have been a popular game, it didn’t sell a huge number of copies.

Estimates suggest that Pokemon Colosseum sold around 1.2-million copies in English. Japanese retail was around 600,000. This brings total sales up to around 1.8-million. There is a chance that the game may have sold slightly more than this. However, because Nintendo stopped reporting sales figures after a while, it is impossible to say how many copies of Pokemon Colosseum were sold.

At the end of the day, this wasn’t a game that sold incredibly well. When the mainline Pokemon games were selling well over 10-million copies, the Pokemon Colosseum sales were mediocre.

Is Pokemon Colosseum Worth The Cost?

This is a tough question to answer. This is because it will be dependent on why you are buying it.

If you buy it because you want to play a good game, then no. While Pokemon Colosseum wasn’t a bad game by any stretch of the imagination, it was decidedly mediocre. Even when released, it was just too expensive for what you get. Game Freak gave the game a good go for what it was, but it wasn’t a knockout. We wouldn’t recommend spending $100 on it, even if we enjoyed our time with it.

If you are buying the game with investment in mind, it is a completely different story. As with most Pokemon games, the value of Pokemon Colosseum is almost always going to rise.

Pokemon is a franchise that seems to be getting more popular with every release. As the number of used copies of Pokemon Colosseum on the market shrinks, the price will keep going up.

If you are willing to sit on a used copy of Pokemon Colosseum for several years, then we reckon that you will be able to make a decent sum of money from it. Of course, you can play it during that time (assuming you haven’t purchased a sealed copy), so having a little bit of fun is, thankfully, not completely out of the question!

A lot of people will emulate these games nowadays. Gamecube emulation isn’t perfect, but it does work. Although perhaps not 100% legal, it may provide a viable alternative to buying the game if you really want to experience it.

Pokemon XD is a better game than Pokemon Colosseum. It took everything that made Colosseum great, and it just made it a whole lot better. The game reviewed better, and the graphics are better. It even sold more copies.

However, we do want to point out that it is not a brilliant game. Sure, the reviews were better, but it doesn’t mean the game was better. It is still not going to be worth the cost if you are looking to play a game, as much as it saddens us to say that.

Remember, Pokemon XD is an effective story sequel to Pokemon Colosseum. While they function as completely independent games, if you want the full experience, you should probably pick up both of them.

Pokemon Colosseum is a popular game nowadays. This has resulted in the price of it being rather high. We would be surprised if you could find a decent copy for under $70.

If you are looking for a game to play, it may not actually be worth buying Pokemon Colosseum. While we think it is an OK game, it is not really worth the price people are charging for it. It is something that is going to make a good investment, though.

If you want a good Gamecube Pokemon game, then Pokemon XD is a little bit better as an option…although it still isn’t perfect. You may want to emulate both games before you take the plunge and buy them. You may find that you don’t really enjoy the style of gameplay, or you may fall in love with them.