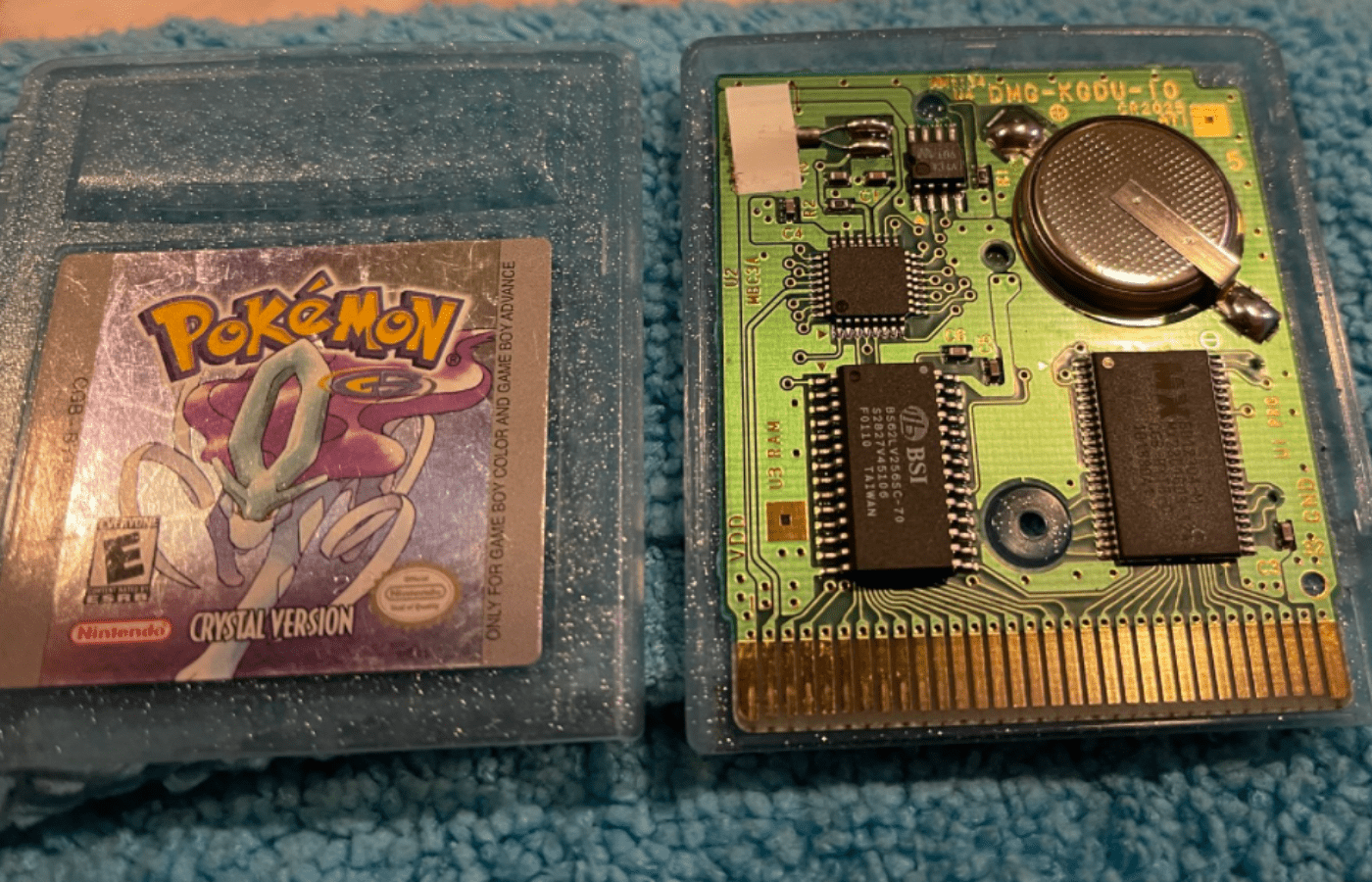 Well, Pokemon Crystal is a game that people really want. Simple as that. A lot of people have fond memories of Gold ; Silver, and since Crystal is just the third iteration in the 2nd Generation, people consider it much better. It is. Demand is currently outstripping supply.

Le’s talk a little bit more about why it is more expensive. Let’s also run you through a few of the things that you may want to consider before you purchase the game.

Why Is Pokemon Crystal So Expensive?

As we said, a lot of people want the game. While millions of copies of Pokemon Crystal were sold, there aren’t that many people wanting to sell their old Pokemon games. We suppose it reminds them of their childhood. Because not a lot of copies are entering the market, people are having to part with more cash if they want to get their hands on the small supply.

What is interesting is that despite Pokemon Crystal being released digitally (more on that soon), the price hasn’t really fallen. This goes to show that people want the original experience.

How Much Does Pokemon Crystal Cost?

Pokemon Crystal is probably the most expensive Pokemon game. The price can be between $70 and well over $200, depending on when you buy. The $70 is for a cartridge only, while over $200 will get you the box. This isn’t a game that you are going to want to buy on a whim.

We don’t see the price of this coming down either. In fact, this is one of the few games where the price is likely going to rise sharply. So, if you want it, then you best pick it up now.

To check the current price and availability of Pokemon Crystal, click here to view the selection on Amazon.

How Much Did Pokemon Crystal Cost When It Came Out?

Pokemon Crystal cost $39.99 at release. This was one of the few Gameboy games to be released at that price point. Most other games retailed between the $20 and $30 mark.

How Many Copies Of Pokemon Crystal Were Made?

6.2-million copies of Pokemon Crystal were sold. About 1.5-million of these were sold in Japan. This means that there is a little over 4.7-million copies in the English language out there.

Yes, Pokemon Crystal was one of the highest selling games on the Gameboy. However, it didn’t sell as well as the Gold ; Silver versions of the game.

Because of the high cost, Pokemon Crystal is one of the most-faked games in the Pokemon series. Even now, the reproductions are so good that you see even the reproductions selling for big bucks on sites like eBay and Amazon.

Thankfully, there are a few ways that you can prevent yourself from getting burned. However, admittedly, these methods tend to be a bit easier to use if you already have the cartridge in your hand.

The biggest sign that you do not have an authentic cartridge is if the color of the case is wrong. As you may well know, most of the early Pokemon games used a specific color for the case e.g. Pokemon Red had a red case.

When it comes to Pokemon Crystal, it will be an icy blue case. Most of the reproductions on the market have a darker case, somewhere between blue and black.

Those are fake. It is exceedingly hard for counterfeiters to produce the icy blue case that Pokemon Crystal had. The story is a bit different if you purchase the Japanese version, but we assume that this isn’t your aim.

The case should also have a glittery look to it. We don’t think we have ever seen a fake cartridge that has been able to get the glittery look.

The shape of the cartridge will be the Gameboy Color shape. This means that the top is rounded. If it is flat, like the Gameboy cartridges, then you have a fake on your hands.

Interestingly, unlike other Gameboy Color games, Pokemon Crystal does not have Gameboy Color written on it (normally, it would be pressed into the top of the cartridge). So, if it is says Gameboy Color on the sticker or the cartridge itself, then you know that you have a fake on your hands.

We suggest that you find a photo of a known real version of the game and compare the text and fonts on the front of the cartridge. This will let you know whether you have a real or fake.

Is Pokemon Crystal Worth the Cost?

Only if you are investing.

If you want to play the game, then we suggest that you buy the much cheaper Gold or Silver versions. Sure, they do not have the full features of Crystal, but they are nowhere near as expensive.

If you are absolutely insistent on playing Crystal, then it may be cheaper to pick up a 2DS or 3DS (if you do not have one). You can purchase the digital version of the game on the Nintendo eShop for $10. However, do bear in mind that this is only going to be available for sale until March 2023.

If you are purchasing the game for investment purposes, then the value is pretty much always going to be going up.

Pokemon Crystal is easily one of the most sought-after Pokemon games on the market. You would be lucky if you can get a good copy for under $70, and that is without the box.

If you really want to play Crystal, then it will be cheaper to buy the game from the digital store on the 2DS and 3DS. It may even come to the Nintendo Switch in the future.

This game is great for investment, though. It is almost always going to go up in price.