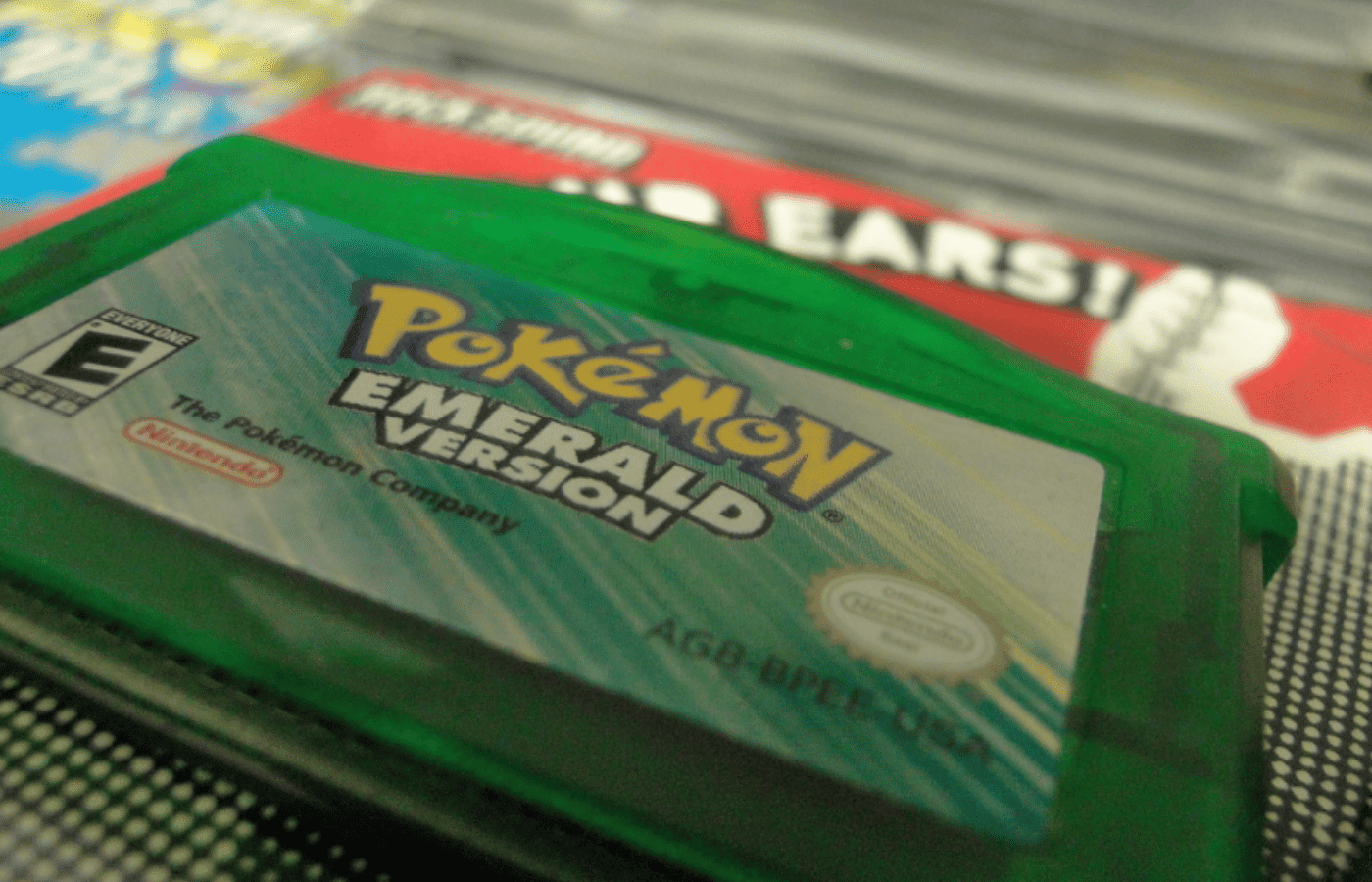 Pokemon Emerald is expensive because people want the game. It did sell well, but not incredibly well in comparison to the earlier games. Pokemon games always hold their value well, and demand currently outstrips supply.

Let’s go into a bit of depth on how much you could be looking to pay for Pokemon Emerald.

Why Is Pokemon Emerald So Expensive?

Pokemon Emerald is expensive because people want it.

We are sure that you know this already, but Pokemon games always tend to hold their value incredibly well. In fact, it is very rare that you will be able to find a Pokemon game selling for lower than it was initially released for.

A lot of people are now starting to realize that Pokemon Emerald was a great game. It really helped that the 3DS saw remakes of Ruby and Sapphire (although it never got to Emerald), so people have already fallen in love with the world.

The Pokemon fans that skipped out on the game in the past now really want to get their hands on it. This means that they are going to have to pay cash to get it. The supply is minimal.

How Much Does Pokemon Emerald Cost?

Of course, the cost does fluctuate a little bit. You may want to shop around the big sites e.g. eBay and Amazon, to get a rough feel for where the market is currently sitting at.

However, we seriously doubt that you are going to find it for much lower than $40. If you do, then chances are that it is not going to be a real cartridge.

To check the current price and availability of Pokemon Emerald, click here to view the selection on Amazon.

How Much Did Pokemon Emerald Cost When It Came Out?

The price never fell from this price point. Nintendo, as with most of their games, never sees a huge need to reduce their pricing. After all, their games sell like hotcakes, even if there is never a major discount on them.

It is the lack of a discount that has actually contributed to Nintendo games, including Pokemon Emerald, being so expensive after they were released. Why would the used price be cheaper than the game was originally sold at? It really makes no sense.

How Many Copies of Pokemon Emerald Were Made?

Pokemon Emerald sold a surprisingly large number of copies, at least for a third game.

At the minimum, we know that Pokemon Emerland sold around 6-million copies. Nintendo seemed to stop reporting the number of Pokemon Emerald sales shortly after that. There are some indications that it could be as high as 8-10 million copies, but it is unlikely that we will ever know for sure.

Do bear in mind that while the numbers may seem quite high, most of these sales are not going to be for the English version of the game. The big sales for Pokemon have always been in Japan.

So, if you are planning on getting the English version of the game, then the number of copies out there may cap out at 2-3-million copies, with there being more NTSC versions than PAL versions.

However, this is not really something that will matter too much if you are looking to purchase a game for the Gameboy Advance. It was region-free.

The biggest telltale sign that you do not have a real copy of Pokemon Emerald is if the color of the case is not an Emerald Green.

This is the only game to feature this color of the cartridge, which makes it tough for people to replicate when forging the game.

You may also want to look at the front of the case to ensure that the sticker uses the correct fonts, colors, and text. We suggest that you compare it against a real version of the game to be doubly sure.

When you turn the case around, have a look through the back of it. You should be able to see a golden rectangle. If you do not see that, then you know that you are dealing with a fake copy of the game.

There are other signs that you use to check whether you have a real copy of Pokemon Emerald. However, to be honest with you, you probably won’t need to use them. It will involve opening up the case and, by following the tips above, you will already know whether you are dealing with a real or fake copy of the game.

Is Pokemon Emerald Worth the Cost?

We love Pokemon Emerald, and we genuinely believe it is worth the cost if you have a Gameboy Advance. Of course, if you do not own a Gameboy Advance, then it may be a little bit too expensive to buy.

If you are planning on buying for collector’s purposes, then Pokemon Emerald is a must-buy. This is a game where the price has pretty much always risen.

Pokemon Emerald is expensive because people want it. Simple as that. All Pokemon games tend to have a rather high price to them.

At the minimum, you can expect to spend at least $40 on a copy of Pokemon Emerald. However, the price may be even higher if you want a case for the game.

Do bear in mind that there are a lot of fake cartridges out there. Make sure that you learn how to spot the fakes so you don’t get burned.