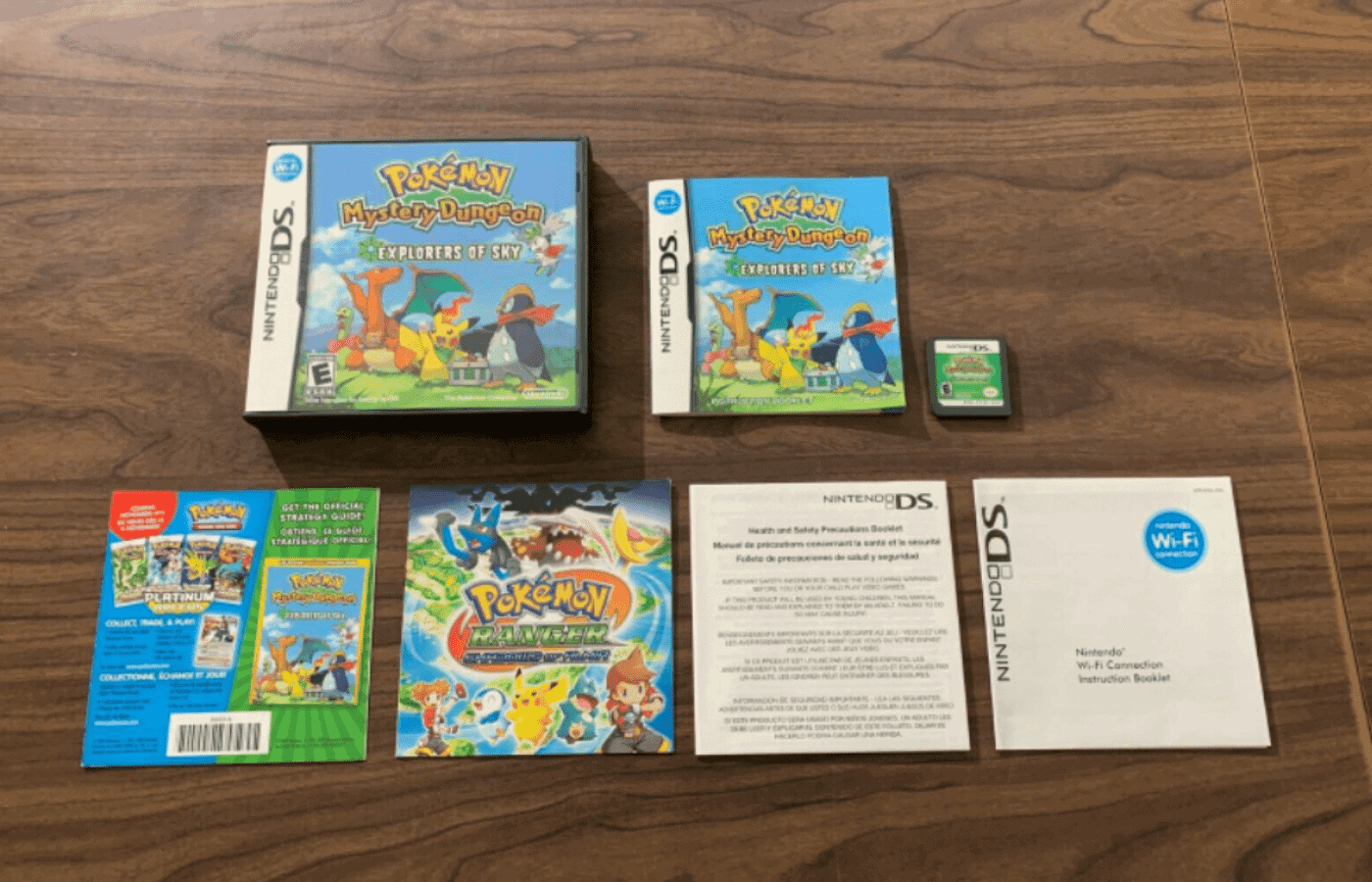 The Pokemon Dungeon games have always been a little bit hit and miss. Some of them are just plain terrible. Because of this, a lot of people steer clear of buying games like Pokemon Explorers of Sky. It is quite annoying. Many people now want to get their hands on this DS game which, of course, has forced the price up. So, why is Pokemon Explorers of Sky so expensive?

Pokemon Explorers of Sky is so expensive because people want the game now. Not many people are selling the game and, because of a supply and demand situation, people are having to pay high prices for the few copies that enter the market.

Since we are sure that you won’t just be happy with that answer, let’s go into a little bit of depth on Pokemon Explorers of Sky and the price. You may be able to decide whether it is worth it for you.

Why Is Pokemon Explorers of Sky So Expensive?

Because it is a Pokemon game. Simple as that. Pokemon is one of the few gaming franchises that manages to retain its value incredibly well. In fact, Pokemon games don’t just retain their value, but they almost always rise in value.

People that are just getting into Pokemon or perhaps didn’t have the cash to get Explorers of Sky when it first came out, are now looking to pick up the game.

The problem? Not a lot of people are looking to sell their copies. Because demand is higher than supply, prices do go up.

How Much Does Pokemon Explorers of Sky Cost?

If you are getting a boxed copy, Pokemon Explorers of Sky will set you back at least $100. You might be able to get it for $70 if you decide to pick yourself up a cartridge-only copy instead.

To check the current price and availability of Pokemon Explorers of Sky, click here to view the selection on Amazon.

How Much Did Pokemon Explorers of Sky Cost When It Came Out?

Pokemon Explorers of Sky, like most games for the Nintendo DS, launched at $29.99. The price never fell for the duration of release, and it wouldn’t be a surprise if most preowned copies being sold at that time were roughly retailing for the same price.

How Many Copies of Pokemon Explorers of Sky Were Made?

As Explorers of Sky was the third game in this generation of Pokemon Mystery Dungeon, it didn’t sell a huge number of copies.

While Nintendo did eventually stop reporting the number of sales that Pokemon Explorers of Sky had, the last known figures were around the 1.2-million mark worldwide. Around half of this would have been in the English language.

As you can see, the lower number of copies out there will have certainly contributed to the high price. Yes, it did sell more copies than many of the other games that you will find on the Nintendo DS, but nowhere near enough for people to pay attention to it.

The great thing about Pokemon Explorers of Sky is that, while it is a fairly rare game, it isn’t being reproduced in vast quantities. We assume this is because the bulk of the attention is being placed upon the mainline Pokemon games. This means that it is highly unlikely that you are going to run into a fake.

Still, we want to ensure that you are not buying a reproduction, so there are a few things that you will likely want to be paying attention to here.

For starters, you will want to look at the sticker on the front of the cartridge. This should be green. If it is a US copy of the game, then the following code should be displayed on the white strip at the bottom of the sticker NTR-C2SE-USA. We suggest that you try and compare the game to a real copy. This way you can check the colors and the fonts match up.

On the back of the cartridge, you will have the Nintendo logo and a few other pieces of text pressed lightly into the plastic.

We cannot stress enough that it will be a light pressing. If it is too deep, then you have a fake. The back should also have the following printed on it: C2SENGJ09, although because this was an ink pressing, chances are that it may have worn off slightly.

If you have a case with the version that you have purchased, then it should be pretty easy to tell whether you have picked up a fake or not. We don’t think there is anybody out there that has managed to successfully recreate the glossy finish that you normally get on Nintendo DS game covers.

Is Pokemon Explorers of Sky Worth the Cost?

We would argue that the current asking price of $100 is a little bit too much if you are planning on purchasing this game just to have a little bit of fun with it. It is fun, but it isn’t $100 worth of fun.

If you are planning on buying the game for investment purposes, that is a whole different story. The game is absolutely worth it from that perspective as the price will almost consistently rise.

Pokemon Explorers of Sky is expensive because people really want to play the game. You can currently find it available for between $70 and $100.

This game is a solid investment game, but it may not be worth the money if you are planning on buying it for gameplay purposes. It is fun, but not that fun.