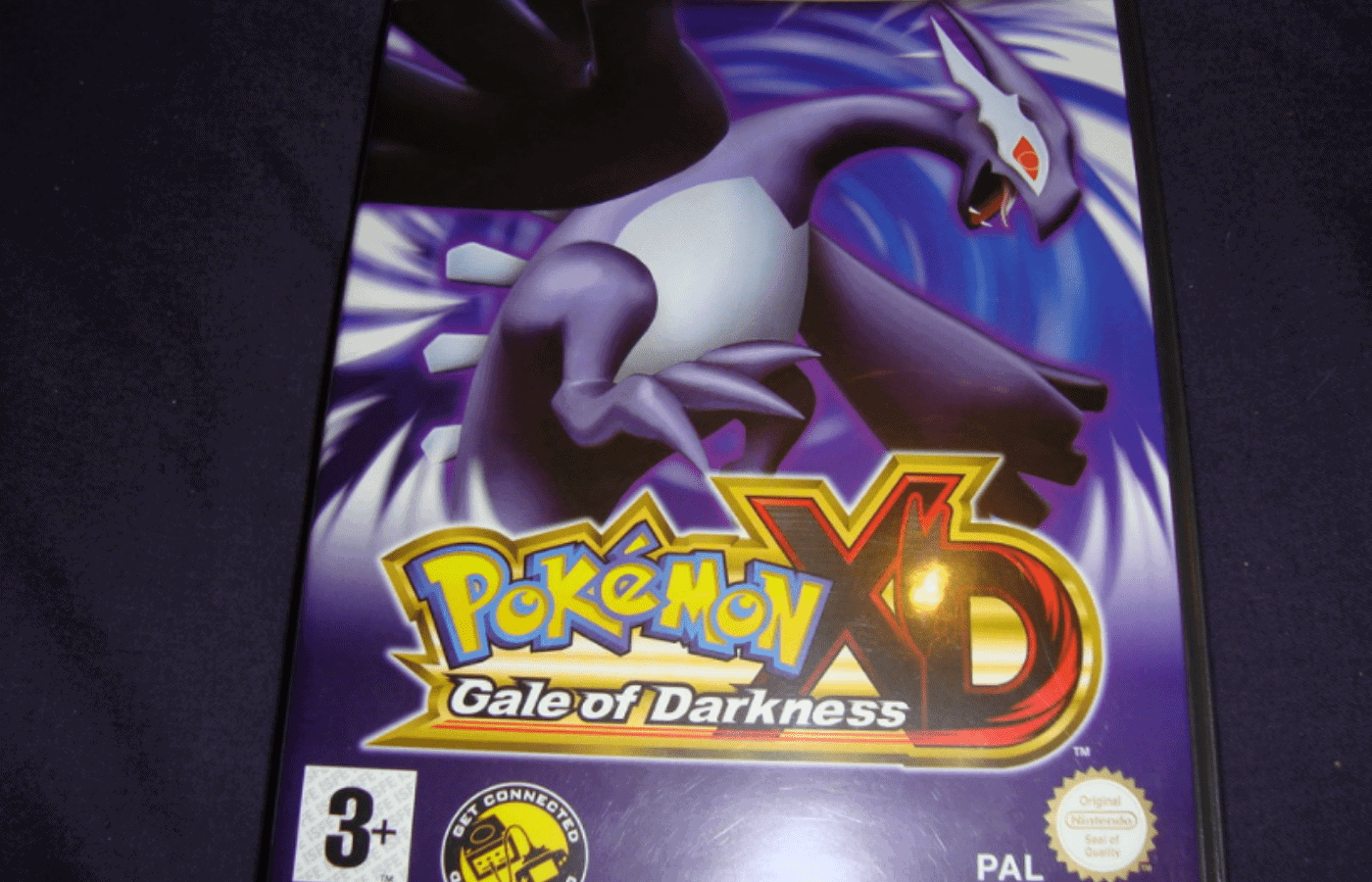 Pokemon: Gale of Darkness is a game that few Pokemon fans have heard of. This is because it isn’t a mainline game. It also came out on the Gamecube, which didn’t sell tremendously well. So Why is Pokemon Gale of Darkness so expensive?

Well, for starters, it is a Pokemon game. They always sell for more. However, it only sold 1-million to 2-million copies, which means there are few out there for sale.

Let’s go into a bit more depth, because this may be a game that not many of you have heard of.

Why Is Pokemon: Gale of Darkness So Expensive?

Pokemon: Gale of Darkness was released on the Gamecube. While the Gamecube certainly sold more than the Nintendo 64, it was hardly the biggest selling console from Nintendo. So, right away, the game is not going to sell massively.

That, and Gale of Darkness is a spin-off game. They never sell anywhere near as heavily as the mainline games, which means that there are fewer people buying copies that will eventually creep onto the open market.

Of course, people still want it. They have just decided much later that they want it. This pushes the price up as demand is higher than the supply.

How Much Does Pokemon: Gale of Darkness Cost?

It depends. There are some versions of the game without a case that are selling for around $50. However, we would never recommend that you purchase a Gamecube game without a case. If you want it in the box, then it is going to cost at least $100, although it depends on where the market is sitting when you buy it.

To check the current price and availability of Pokemon Gale of Darkness, click here to view the selection on Amazon.

How Much Did Pokemon Gale of Darkness Cost When It Came Out?

Games for the Gamecube cost $49.50 at launch. This is because they were trying to be much cheaper than their competitors.

However, do bear in mind that Nintendo games never go down in price. Not unless they sell a certain number of copies, and Gale of Darkness never came close to that. This means that Gale of Darkness sold for the same price throughout its entire lifespan.

This also contributes to the high price. If games never fall in price, they always tend to be higher when the secondhand market rolls around.

How Many Copies Did Pokemon XD: Gale of Darkness Sell?

This is tough to answer.

Nintendo reported that they sold around 1-million copies in the first year that the game was released. However, they stopped releasing sales figures after that. We assume because it doesn’t matter too much outside of the release window.

If we had to take a guess, we would say that Pokemon XD: Gale of Darkness probably sold between 1.5-million and 2-million copies. It is unlikely that it sold much more than that.

Remember, these games would have been sold around the world. It is likely that only a few hundred thousand were even sold in the English version of the game, which does greatly limit the number of units available on the market right now.

Is Pokemon: Gale of Darkness Worth The Cost?

We are going to say no. Pokemon: Gale of Darkness was a game that receive mediocre reviews, creeping into ever so slightly positive.

This isn’t to say that Pokemon: Gale of Darkness wasn’t worth the price on release. We reckon that if you did pick it up on release, you would have been more than happy with it. However, now that you need to spend at least $100 on a good copy of the game, it becomes less and less worth it. It is a good game, but not $100 good.

The only time we would really recommend that you purchase it is if you are interested in collecting Pokemon games. As you may well know, Pokemon games will almost always go up in price, and we see Pokemon: Gale of Darkness as one of those games that will almost certainly see a drastic increase in cost over the years.

We wouldn’t be surprised if the price was a minimum $150 in a couple of years time, so you could make a nice tidy profit, and have the opportunity to play the game.

Which is Better Pokemon Colosseum or Gale of Darkness?

Gale of Darkness is a far, far superior game to Pokemon Colosseum. It took everything that Colosseum made good, and made it considerably better.

Gale of Darkness has a better storyline. It has better gameplay. It has more Pokemon. Obviously, the vast majority of people are going to want more of a good thing.

Of course, this doesn’t mean that you should be giving Colosseum a skip, though. Not only is it important for the story of Gale of Darkness, but it is also a fantastic game. It kickstarted this area of Pokemon side games, and a lot of people sing its praises.

You will likely find that Pokemon Colosseum is a lot cheaper than Gale of Darkness too. So, if you can’t stretch to buying Gale of Darkness, you may as well go with Colosseum, we don’t think that you will end up disappointed with it.

What Gen Is Pokemon: Gale of Darkness?

Can You Emulate Pokemon: Gale of Darkness?

Yes. Gamecube games can be emulated. However, you do have to remember that emulating games is illegal.

Now, you probably are not going to be caught if you emulate Pokemon: Gale of Darkness. Nintendo only really seems to come down hard on those that distribute the ROMs.

This means that if you really want to play Gale of Darkness but don’t want to spend huge sums of cash, then emulation may be the route to go down. The experience is not going to be quite the same because Gamecube emulation isn’t going to be perfect, but it should be pretty close.

Of course, if you can afford it, we recommend that you try and purchase Gale of Darkness. It is going to be a pretty safe investment if you want a game that is likely to be going up in price.

It is always best to have a  game in the real format too. It may be a great way to get your Gamecube game collection up and running!

Pokemon: Gale of Darkness is expensive because it never sold a huge number of copies. It was a Pokemon side game, after all. However, a lot of people still want it.

Pokemon: Gale of Darkness retails for around $100 to $150, depending on where the market is currently sitting at. You can get it a little bit cheaper if you don’t want the case.

It is up to you to decide whether it is worth the cash. While the game is regarded as good by many people, it didn’t really receive astonishingly good reviews. For that reason, it may not be worth the cash.