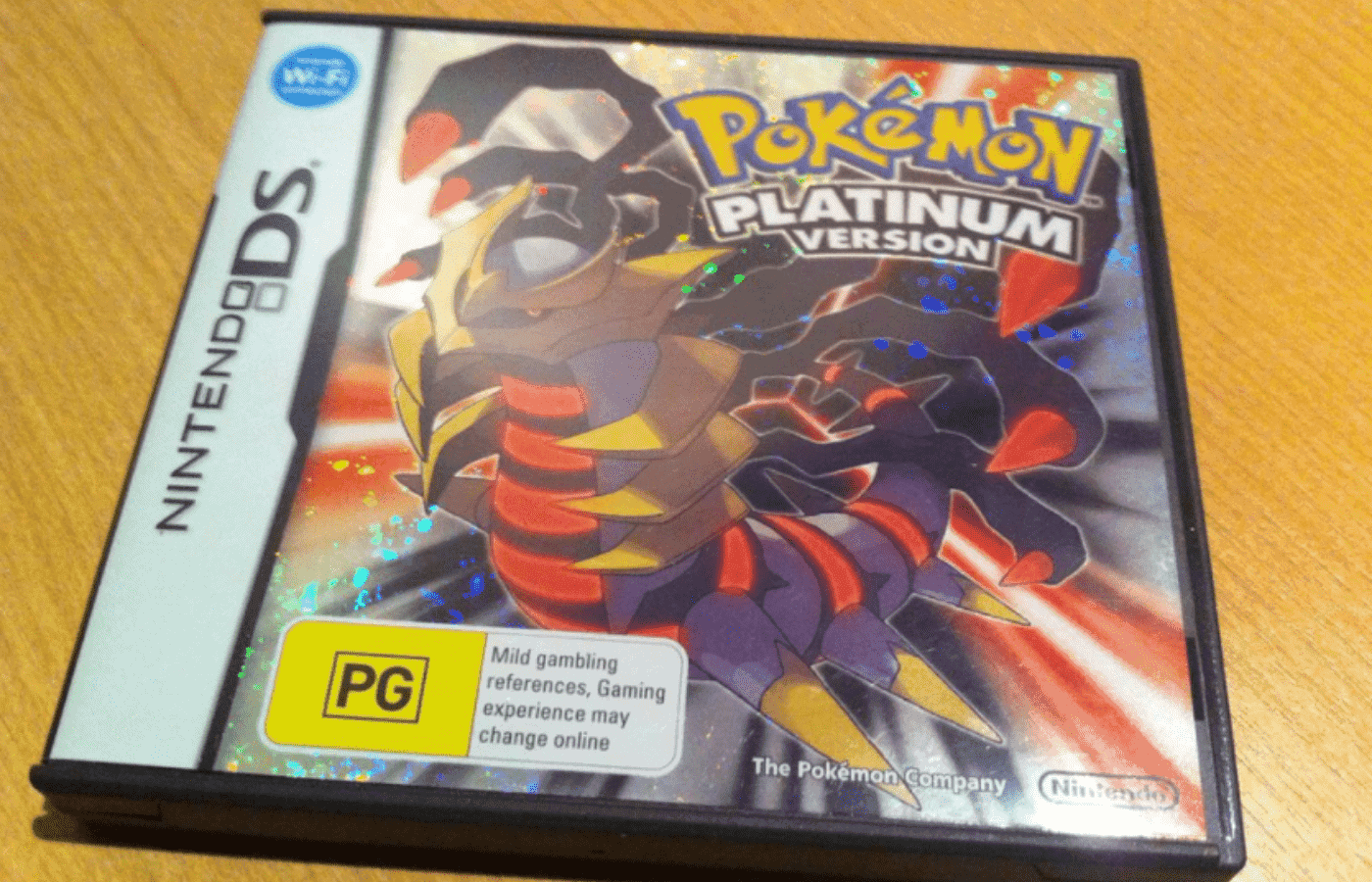 Well, for starters, it is a game that everybody seems to want to play. When a lot of people want to play a game and there are limited copies available, then the price is going to be naturally higher.

This isn’t the only reason why Pokemon Platinum is so expensive, though. There are other reasons why you may need to spend a bit more cash on getting your hands on a copy.

Why Is Pokemon Platinum So Expensive?

Pokemon Platinum is the third game in the 4th Generation of Pokemon. It is essentially the enhanced edition of Diamond ; Pearl.

As with most third versions of game in a generation, the number of sales is considerably lower. This makes the game rarer, although a lot better than the previous games as it tends to include more features.

Because the game is rarer and better, the price is always going to be higher.

How Much Does Pokemon Platinum Cost?

It is tough to estimate the cost of Pokemon Platinum as the price has fallen a little bit since Diamond and Pearl managed to get themselves remakes on the Switch.

Generally speaking, you are looking to pay between $50 and $60 for an unboxed version of the game. If you add in a box, then the price can be a lot more than $100.

This is one of those games that we can see going up in price in the future. One of the reasons why it has fallen recently is because a lot of people seem to believe that Nintendo will be releasing a Platinum version for the Nintendo Switch. This means that the demand is slightly lower, and the price goes down as a result.

If you are buying Pokemon games with the aim of investing in them, then now is one of the better times to pick up Pokemon Platinum. It is so ridiculously cheap.

To check the current price and availability of Pokemon Platinum, click here to view the selection on Amazon.

How Many Copies of Pokemon Platinum Were Made?

Pokemon Platinum sold around 7-million copies, with the bulk of these being in Japan.

Pokemon Platinum does hold the honor of (at the time) being the fastest-selling Pokemon game in history. Although, this has since been surpassed by Pokemon games on the Nintendo Switch.

7-million copies may seem like a lot. However, do bear in mind that the bulk of these copies will have been sold in Japan. This means that they do not have an English version available on the cartridge.

Pokemon is also a series where a lot of people would rather hang onto their games rather than sell them. This means that there isn’t a whole lot of them entering the used market.

We wouldn’t be surprised if there were only a few thousand copies of the game available for sale at any one time, and they tend to be snapped up rather quickly when they are put on the market.

How To Tell If Your Pokemon Platinum Is Real And Not a Reproduction?

There are a lot of fake Pokemon Platinum games on the market. Why wouldn’t there be? It is a game that still sells incredibly well, so people are trying to get as much cash from it as they possibly can. So, how can you tell whether your Pokemon Platinum is real or fake? There are a few ways that you can go about this.

Firstly, you can look at the top of the DS cartridge. If it is a real cartridge, then there will be a notch on the top. Fake DS cartridges almost universally have a flat top.

Secondly, look at the back of the cartridge. You will have the Nintendo logo there. On a real cartridge, the logo will be pushed ever so slightly into the plastic.

On a fake cartridge, it will either be printed on or pressed in very deeply. This is because fakers don’t have the tech to emboss their games in the same way that Nintendo does.

You can also look at the front of the cartridge i.e. the sticker. You can compare this against a real cartridge to ensure that the colors, fonts, and imagery are exactly the same.

If you are going to be looking at the sticker, then make sure that you look at a game from the same region.

Why Is Platinum The Best Game?

Well, Diamond and Pearl were already regarded as some of the best games that Pokemon had ever released. Platinum built upon that, and the inclusion of an even better online mode really helped to take the game series forward.

Game reviewers were singing the praises of Platinum. They felt that it was an accessible, and yet deep, RPG.

Obviously, the way in which Platinum plays out is going to be exactly the same as any other Pokemon game that you have played.

The format doesn’t change all that much (which we know there are some people out there complaining about it). However, at the end of the day, Pokemon games are fun, and Platinum seems to be a lot more fun than the rest.

That being said, we do think that there are games in the Pokemon series that do a lot better than Pokemon Platinum does nowadays. However, this is still a great game.

Is Pokemon Platinum Worth The Cost?

If you have a Nintendo Switch, we would recommend that you pick up one of the Diamond or Pearl remakes. They really are the definitive versions of the game right now, even if they do not have all of the features that Platinum does.

If you are interested in purchasing this game for investment purposes, then we reckon that it is going to be worth the cost. Pokemon games almost always increase in price.

The only time that they fall is temporarily when a remake is made. Now, Pokemon Platinum has an anticipated remake in the works, so it has already gone through that price fall.

Pokemon Platinum is expensive because a lot of people believe it to be one of the best games in the Pokemon series. There aren’t a ton of copies out there either.

You can expect to pay at least $50 if you want to get your hands on Pokemon Platinum. However, if you want a boxed version, then the price is going to be even higher.

Do bear in mind that Pokemon games do increase in price. So, now may be one of the best times to pick it up if you want to get your hands on it.