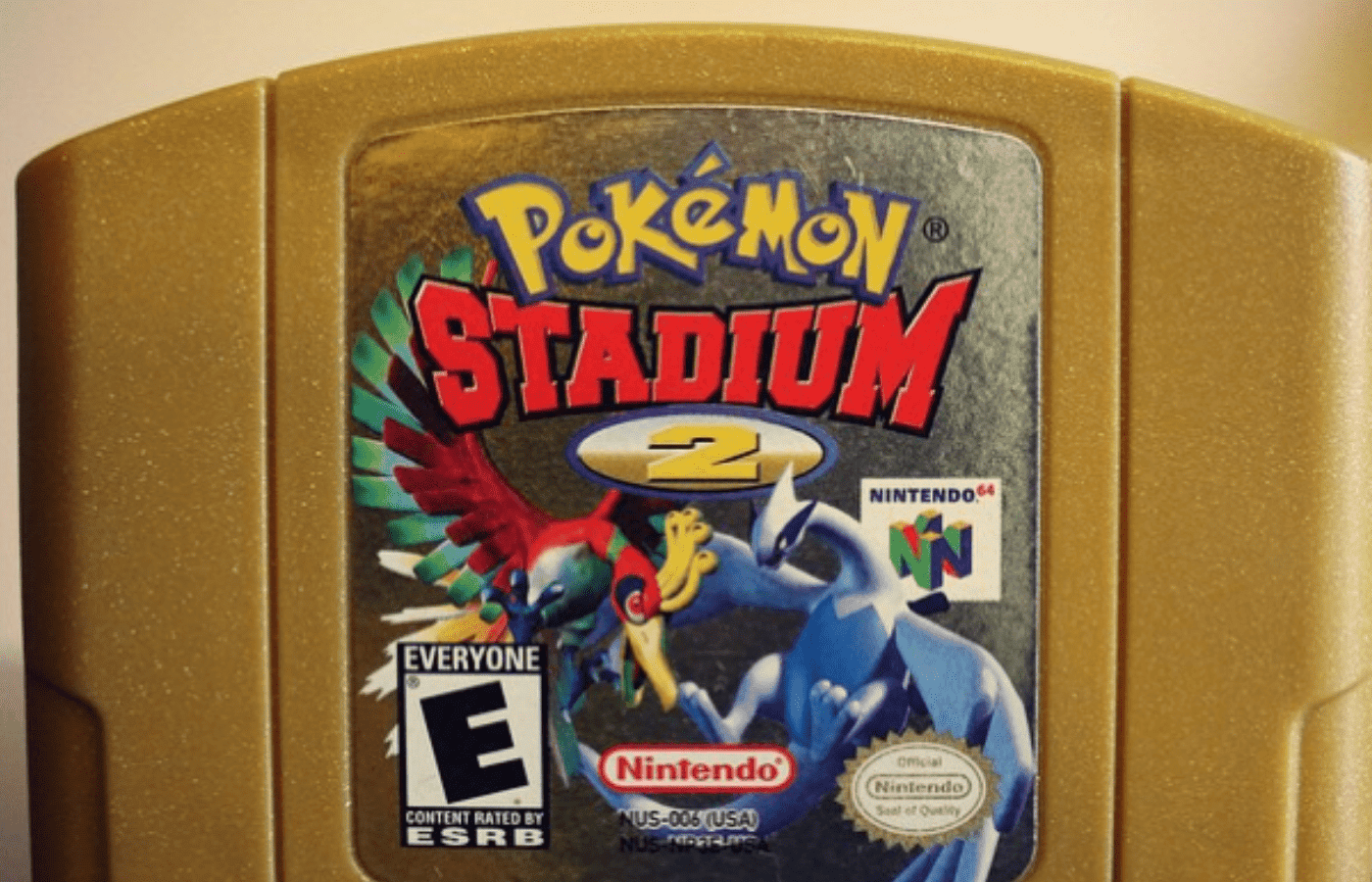 Pokemon Stadium 2 was the second Pokemon game to launch on the Nintendo 64, and people fell in love with it. Although, of course, anybody that knows anything about video game history will know that the N64 was a disappointment for Nintendo. This means that Pokemon Stadium 2 didn’t sell hugely well. So, why is Pokemon Stadium 2 so expensive now?

Let’s tell you everything that you need to know about Pokemon Stadium 2, shall we?

Why Is Pokemon Stadium 2 So Expensive?

Pokemon Stadium 2 was a Nintendo 64 game. It didn’t receive the greatest reviews at the time, and not many copies were manufactured. However, this is a Pokemon game. As with most Pokemon games, people want to buy it.

It seems that a lot of the people that didn’t have the cash to buy Pokemon Stadium 2 ‘back in the day’ are now opening their eyes up to how great it would be to pick up a copy for themselves. However, not a lot of copies are being sold used, so this really is a seller’s market at the moment.

This is a game that has almost consistently risen in price. So, if you are looking to pick up a copy for yourself, there is no better time than now.

How Much Does Pokemon Stadium 2 Cost?

The average price for an unboxed version of Pokemon Stadium 2 is around $40-$50. Adding a box can add a further $20 to the price.

Unlike the first Pokemon Stadium game, this version was not sold with the Transfer PAK. However, if you want to get the full functionality out of the game, you are going to need to pay that. This can easily add another $20 to the cost.

As we said before, the price of Pokemon Stadium 2 does seem to be rising recently. So, if you want it, then we suggest that you buy it sooner as opposed to later.

To check the current price and availability of Pokemon Stadium 2, click here to view the selection Amazon.

How Much Did Pokemon Stadium 2 Cost When It Came Out?

Pokemon Stadium 2 was released at $60.

This is actually one of the reasons why the N64 didn’t do as well as the Playstation (although, it did beat the Dreamcast). The expensive cartridges that Nintendo used for their games meant that the price had to be a good $10 higher than their competition.

People just weren’t willing to part with this extra cash. Of course, games are priced at $60 now, but when you consider inflation, games now are cheaper than they were back when Pokemon Stadium 2 was released.

As with all games released by Nintendo, Pokemon Stadium 2 didn’t see any reductions in price for the lifespan of the console. Honestly, with such a high consistent price, we are surprised that Pokemon Stadium 2 is so cheap nowadays.

How Many Copies of Pokemon Stadium 2 Were Made?

This is where things can actually get a bit confusing.

It is believed that Pokemon Stadium 2 (the English version) sold around 2.5-million copies on the Nintendo 64.

If you look at the Nintendo logo on the back, it should be dotted with a square (over the I), while fake games will dot the I with a circle instead.

If you open up the cartridge, then the PCB should say Nintendo. If you look at the chips on the board, then they should all say MX on the front. If they do not, then you know that you have a fake on your hands.

To be honest, this is all that you really need to do to check that you have a real copy of Pokemon Stadium 2. It just isn’t worth people’s time to fake this game due to the difficulty.

However, if you really want to put your fears to bed, then you can look at the sticker on the front of the cartridge. This should match up font and color-wise with real versions of the game.

Is Pokemon Stadium 2 Worth the Cost?

If you have to go out of your way to buy a Nintendo 64, then no. It isn’t worth the cost. If you already have an N64, then maybe.

Pokemon Stadium 2 is a mediocre game. It didn’t set the world alight when it came to reviews. However, it still is a fun Pokemon game. If you want to have a bit of fun, then great! If you aren’t normally a fan of Pokemon, then you should probably steer clear. It isn’t worth the cash.

Pokemon Stadium 2 is expensive because it didn’t sell well, but a lot of people still want it. The demand for the game continues to rise, but the number of games entering the market is slowing down. This means that the price will continue to shoot up.

At the time of writing, expect to spend at least $40 on a copy of the game. More if you want a box and the Transfer PAK.

This game didn’t review tremendously well, so this is more a game for Pokemon fans and collectors rather than something you should go out of your way to buy.