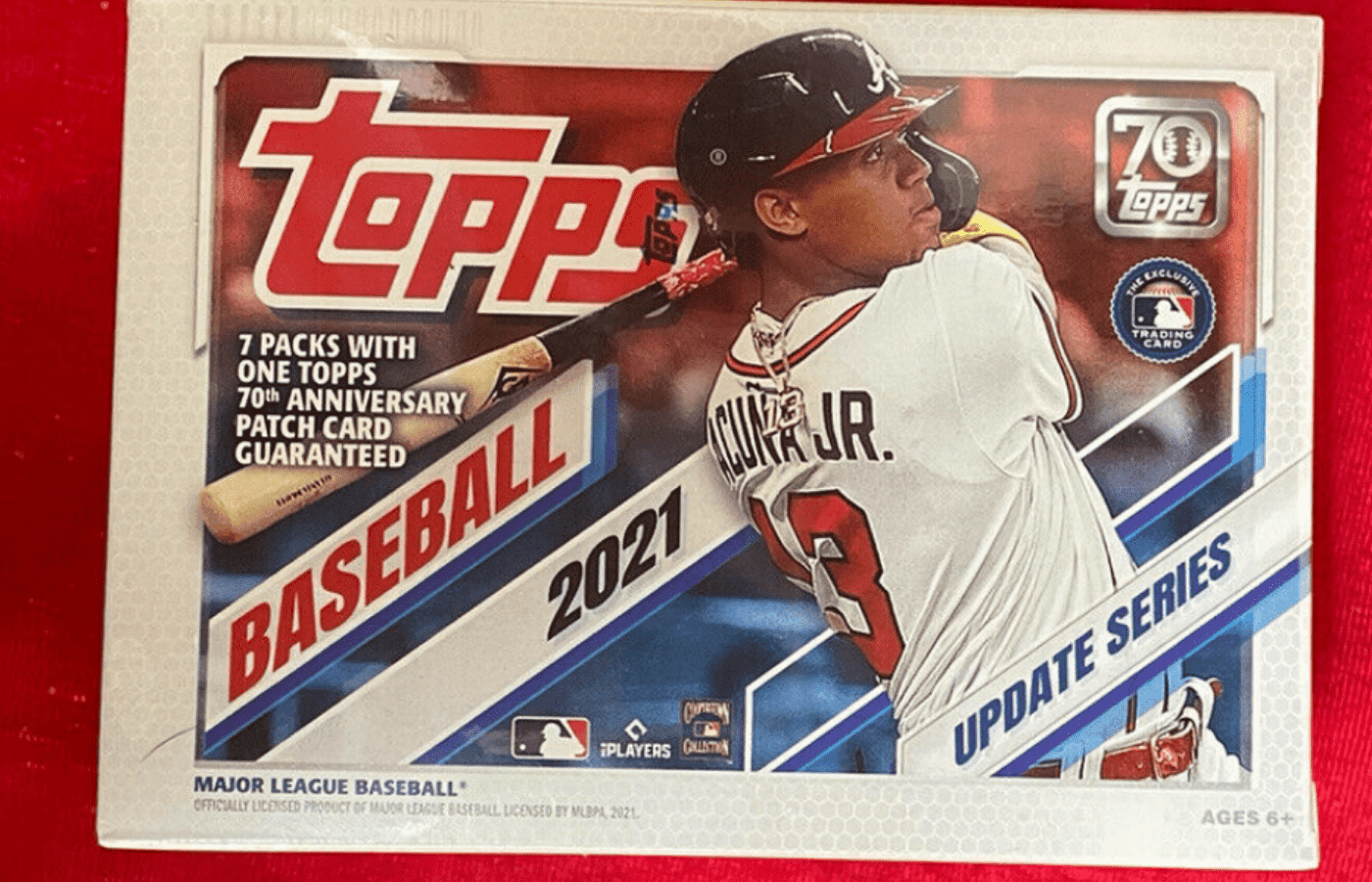 If you want to get your hands on a lot of sealed sports card booster packs quickly, then buying a blaster box can be an option. You will have dozens of packs of cards to open up, often at a discounted price. So, are blaster boxes worth it? Let’s take a look.

Blaster boxes can be worth it. The cards inside are going to be completely randomized. If there is a specific card that you are after, then it is recommended that you purchase the card individually. However, if you want to open up cards for the pure thrill of opening up cards, then a blaster box could be worth your cash.

We can imagine that not a lot of people will be content with that answer. Some of you may not even know what a blaster box is. So, let’s cover some of the more burning questions that people often have related to blaster boxes, shall we?

What Is a Blaster Box?

A blaster box is a sealed box that will contain several more sealed packets. These will normally be sealed booster packs for a sports card collection.

Blaster boxes are often going to be a lot cheaper than purchasing the same products separately.

As we will discuss in a short while, there may be an advantage to purchasing a blaster box beyond this. However, we will come to that later.

If you want a blaster box, then you will likely need to pick them up from one of the big stores or a trading card game specialist. Although, do bear in mind that these are products that can sell out incredibly quickly due to their value.

So, if you want to pick up a blaster box as soon as a set has been released, then you are probably going to want to act quickly.

Are Blaster Boxes Worth Buying?

If your goal of a blaster box is to attempt to make money, then we probably wouldn’t recommend purchasing a blaster box. Not unless you plan to sit on that unopened blaster box for several years.

Blaster boxes are randomized cards. There may be a guaranteed hit (more on that in a short while), but at the end of the day, what you get inside of a blast box is going to be completely randomized.

As any card collector will know, if you have cards that are completely randomized, then some blaster packs will be worth more than others. In fact, it is likely that you will make a ‘loss’ on the vast majority of blaster boxes that you open up.

The only time that we can really see blaster boxes being worth buying, at least in the short term, is if somebody wants the thrill of opening up sports cards at a cheaper price. This means that they could be a great way to get your collection started, or maybe a viable option for children that want a ton of cards at once.

There are situations where limited edition blaster boxes may be released i.e. there is a greater chance of pulling certain collectible cards. However, even then, it may not always be worth it to purchase a blaster box. You can still make a loss. In that situation, we would actually recommend that you keep the blaster box sealed and sell it on in a few years.

How Many Cards Are In a Blaster Box?

There isn’t a real definition to ‘blaster box’. Each company or series of cards can have varying quantities of cards inside of a blaster box. We have seen some companies offer blaster boxes with around 20 cards in them. Some will offer well over 100 cards. You may even find multiple blaster pack sizes within the same series of sports cards.

Nowadays, it seems that the vast majority of blaster boxes come with around 5 packs of cards in them. Obviously, the exact number of cards that you get will vary based upon the set that you are collecting.

If the blaster box is more of a collectible box i.e. a high chance of pulling rare autograph cards, then you can probably expect there to be fewer cards inside of the box.

Thankfully, all blaster boxes should tell you the exact number of cards or packets that they contain on the front of them. This means that you will know what you are getting into when you open that box.

How Many Blaster Boxes Come In a Case?

Just like the number of cards in a blaster box, it is difficult to say exactly how many boxes can come in a case. After all, it is all going to be dependent on the card manufacturer and the series of cards that they are looking to promote.

Nowadays, it does seem as if the average number of blaster boxes in a case can vary between 20 and 36. Although, we have seen some of the larger blaster boxes drop below this.

The good news is that you probably don’t need to worry too much about how many blaster boxes come in a case. If you are purchasing your blaster boxes from a large store, then you probably aren’t going to be purchasing them in a case anyway. If you are purchasing from a trading store online, then they should give you all of the information that you need about the number of boxes that you are buying. If they don’t, then it may be worth skipping that company.

It is very rare that it will be that much cheaper to purchase blaster boxes in a case. Since many of these cards are sold at such a thin margin anyway, any discount that you do get from buying a blaster box in a case will probably be around a few dollars, depending on the size of the case.

Blaster boxes are some of the biggest selling products for sports card companies. This means that they release a lot of them into the wild. While you may get the odd pack that is rarer than the others, these do not come up all that often.

When products are easy to get hold of, the price isn’t going to be that high. At least not in the same year that the blaster box is being sold.

If you keep your blaster box sealed, then the value of it will creep up as time goes on. The further you get from the time that the blaster box was released, the more above retail the blaster box is going to sell for.

That being said, you are still going to be taking a bit of a gamble here. As you likely know, there are some sets that don’t hold that much value. This means that while the price will likely still rise as time goes on, it won’t be by a huge amount. In fact, it is probably just a waste of storage space. It may only go up by the cost of inflation.

The best blaster boxes to sit on will be those that have the potential to contain rare cards, especially autograph cards. These are almost always going to see a sharp rise in their price as time goes on, particularly if there is a chance of pulling a rookie card for a now top player, etc.

We probably wouldn’t recommend getting into the business of storing blaster boxes for later resale. Most people are not going to make any cash from them.

What Kind Of Rare Cards Can You Expect From a Blaster Box?

In most cases, you may not find any rare cards beyond what you would normally get from opening standard packs. This is because, at the end of the day, the blaster box is just a randomized collection of cards. You may get a rare card per pack and that is it.

That being said, more and more sports card manufacturers are starting to change things up a little bit. There are some blaster packs that will contain a guaranteed rare card.

This may mean an autograph card, or it may be some cards that you will only be able to find in these blaster packs (although, you won’t always be guaranteed a pull)

If the blaster box has the potential to contain rare cards, then it will likely be listed somewhere on the front of the box. These are also the blaster boxes that will retain their value well if you intend to resell them.

Blaster boxes are worth purchasing if you want to get quick access to a ton of cards. If you want to make money from them, then probably not.

You can make money from blaster boxes, but you will often have to sit on them for years in the hope that they will go up in value, and even then they may only go up by a small amount.

If you want to get the best blaster boxes, then keep an eye out for those blaster boxes that are guaranteed to contain rare pulls.