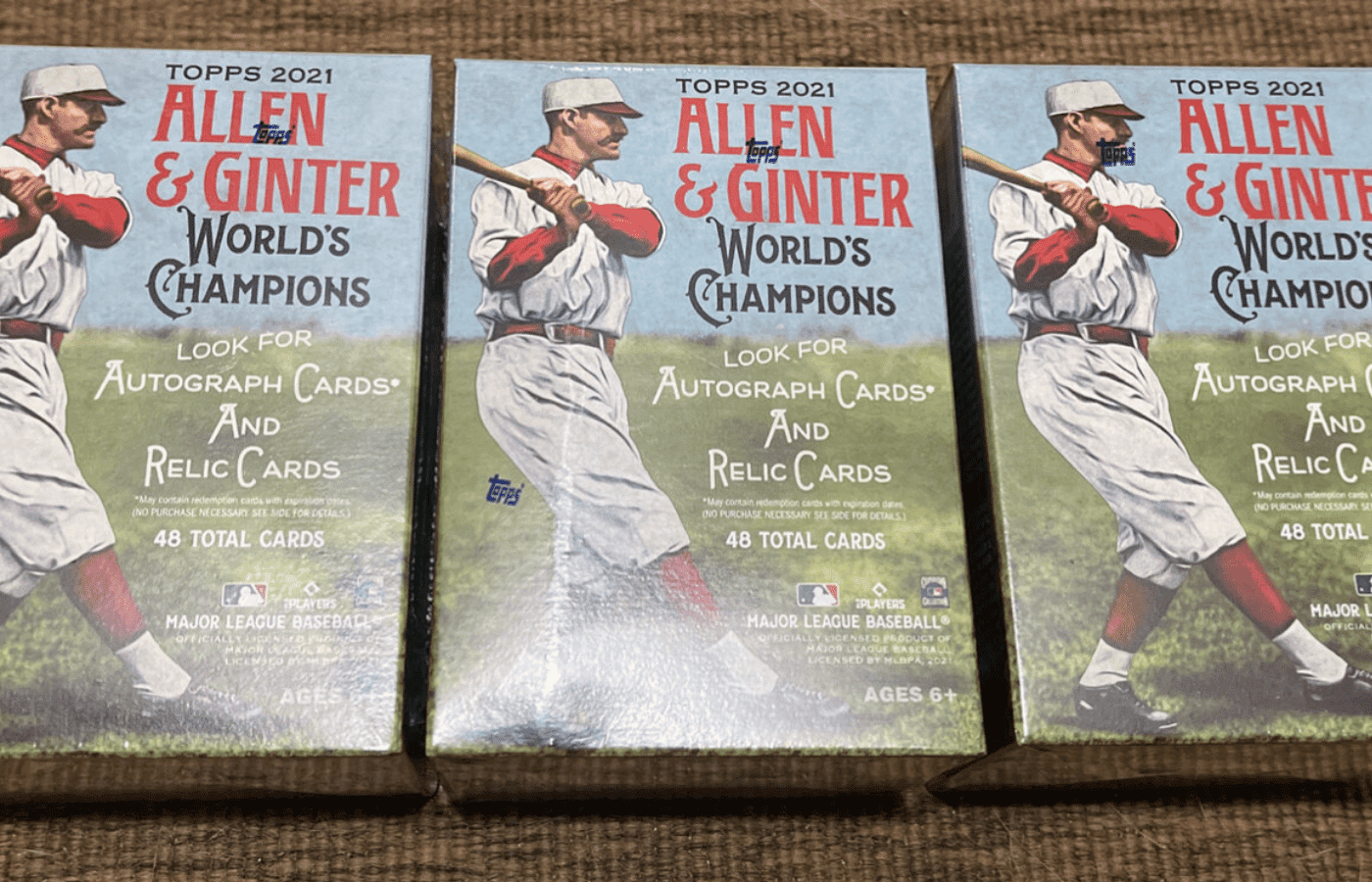 For newcomers to the world of sports card trading, there’s lots of terms and jargon to learn so you can understand what people are talking about. While it’s not difficult, there is something of a learning curve to it. Knowing what blaster boxes are is an important aspect to this.

So, what is a blaster box of sports cards? Contrary to what some newcomers misconstrue, it is not an exploding box. Rather, it’s a box that contains several packs of sports cards. Often called retail boxes, you can find these at major retailers and sport card dealer shops.

These can have other bonuses and prizes contained within them depending on the sport, the box and what the manufacturer is advertising. Plus, they come in an array of options, sizes and inclusions, among other things.

What Is a Blaster Box of Sports Cards?

When you’re talking about a blaster box in the world of sports cards, it’s a small box of cards found at big-box retail stores. These will contain packs of sports cards and they can be for any sport such as baseball, football, hockey, basketball and etc.

To check the current price and availability of Blaster Boxes, click here to view the selection on Amazon.

What Comes in a Blaster Box?

Blaster boxes will often have several packs inside of them. The number of packs can range between as few as four or five packs of cards to as much as 12 or 15 packs. Oftentimes, there will be some sort of promotion on the box that offers you a free or extra pack. Plus, they’re more economical; you get more cards for less money.

Sometimes, there will be other kinds of bonuses such as posters, inserts, special parallels, figurines or some other such thing. But these will be unique to what the sports card manufacturer wants to sell, advertise and promote.

There are moments when cards don’t move in profit as quickly as a company would like. They then make blaster boxes and sell them at a ridiculously low price. Not only does this get fans to buy more cards but it also allows making way for a new round of printed sports cards.

How Many Cards Come In a Blaster Box?

The number of cards that come in a blaster box can vary since there is not absolute standard. Any other inclusions like prizes or gifts will also determine the numer of packs in the box.. The cards within the packs can be just as varied.

Some offer packs with as many as 100 or 200 cards to as few as 10 to 25. So, a blaster box can have as little as 50 cards or as much as 500 or more. The box, the type of sport, the series and the manufacturer will be determining factors. On average, however, you can expect a good haul out of one blaster box.

What’s the Difference Between a Blaster Box and Hobby Box?

There are many different types of boxes in the world of sports trading cards. Another one of these is a hobby box. This is the standard when discussing an average box of cards. These will have many more packs than a blaster box and are not often found at retail stores.

You can find most hobby boxes at your local gaming or trading card shop as well as through online distributors. However, there are times where a major retailer will have hobby boxes in stock. But this is not their intended place of sale.

There Are More Cards in Hobby Boxes

Most of the time, but not always, hobby boxes will offer more packs and cards. To be frank about it, your odds of getting better cards increase with a hobby box than you will with a blaster box. This is because a hobby box can have anywhere between 24 packs and 40 packs depending.

That said, there are some that promote a hobby box but you’d be better off getting a blaster box. This is because some hobby boxes in recent decades leave trading aficionados much to desire. Therefore, this can vary greatly.

So, when looking at a hobby box, make sure there will be more cards in it than there would be in a blaster box. This will be especially true with online purchases, where not everyone is forthcoming or honest about what you get when you purchase a box from them.

How Many Blaster Boxes Come In a Case?

Although it’s rather rare, entire cases of blaster boxes can become available for you to purchase. This, of course, is better than a single hobby box. But it’s not often or frequent that you can find them for every sport.

For the ones that are available, you’ll get about 20 blaster boxes in one case. There are some with as little as 10 and other that have offered 40.

The average, though, is 20 blaster boxes per case of sports cards. The most popular one right now is the Panini Contender or Prizm Basketball Cases. Both options offer 20 blaster boxes in each and you can get 2018 to 2021.

Blaster boxes are an important part of the sports card trading hobby. There are many kinds of boxes available and blasters are just one type. These tend to be smaller than others, as in the case with hobby boxes. The number of sealed packs inside a blaster can range between a handful to as much as 12, 15 or more.

While you do get quite a few packs, your chances of landing a goldmine are less than with a hobby box or a case of blaster boxes. Even still, they do offer a cost-effective way to get many cards with the potential to happen upon a real find.

As you can see, it’s not difficult to learn the terminology and jargon. But, it is important to know so you can speak with other like-minded individuals about purchases, buying, selling and other matters of trading.