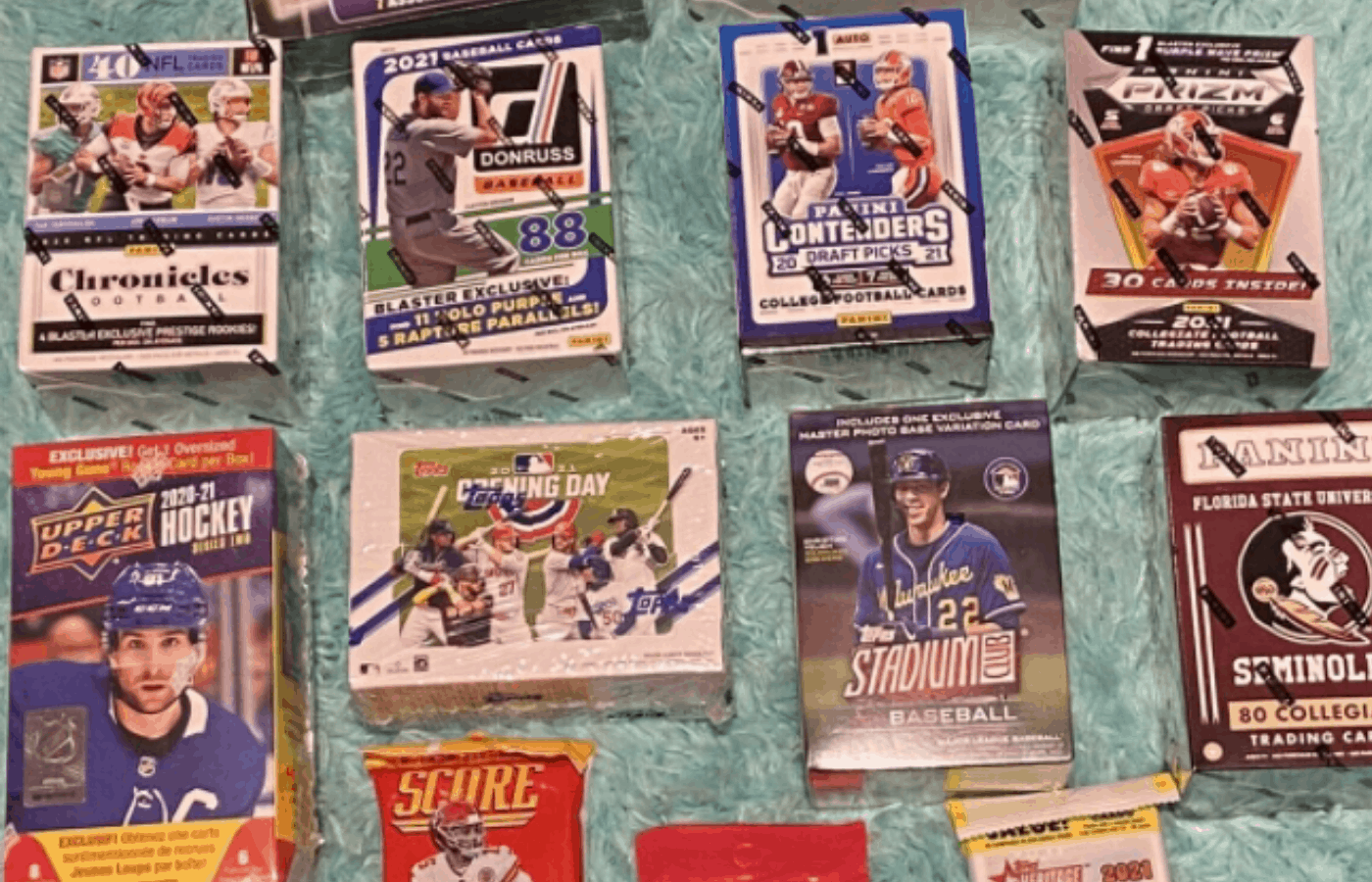 Yes. Weighing baseball blaster boxes is a commonly used method to determine the quality of the cards within. Even the slightest difference in weight between boxes could mean a box contains memorabilia or autographed cards.

Whether you’re an avid baseball card collector or simply looking to make some extra cash, weighing your blaster box can help you find cards of higher value before you’ve even opened the packaging.

Though there’s no exact science to weighing blaster boxes, we have compiled some tips and tricks to help you get started. By the end of this article, you’ll be itching to get your hands on some baseball decks and see what kind of quality cards you can find.

How Do You Weigh a Blaster Box?

There are two basic methods to weigh a blaster box. However, it is important to note that weighing your packs in a store before buying them is not a well thought of practice. We recommend weighing them once you have purchased the blaster box and then re-selling if you aren’t happy with your winnings.

Placing the blaster box on a digital scale is the simplest method of weighing it. You can choose to weigh the whole box at once, or each pack within the box individually.

If you are trying to weigh sports cards we recommend using a scale like this one, which can be found on Amazon, since it is pocket sized and weighs in .00g.

Weighing It in Your Hand

Some baseball card collectors believe they can feel differences in weight simply by holding the blaster boxes in their hands. Though, critics of this concept feel the difference of just a few grams is negligible and impossible to feel in one’s hand.

There are many stories online in the threads of baseball card communities where collectors claim to have found high-quality cards by feeling weight differences. If you’re willing to take the risk, why not try for yourself.

How Much Does a Baseball Blaster Box Weigh?

Blaster boxes come in various sizes. Most blaster boxes will include seven or eight packs. Within baseball blaster box packs, specifically, you can expect anywhere from four to fifteen cards per pack.

The variety of sizes makes it difficult to determine an average weight. Once you determine which blaster box you would like to purchase, we recommend searching the average weight for a box with the same number of packs and cards. With this information, you can better evaluate how your box stacks up, weight-wise.

If you are unable to find this information, you can always take the average of your personal collection of blaster boxes.

To check the current price and availability of Baseball Card Blaster Boxes, click here to view the selection on Amazon.

Baseball cards were once extremely popular. With the rise of more technology-based sports trading platforms, they have grown less common over the years. However, there still exists a dedicated community that will pay top dollar for certain cards.

Perhaps the most famous of all is Topps. Topps manufacturers baseball cards as well as cards for various other sports. Topps has been in the business for ages. You will find their blaster boxes online and in retail stores.

Panini is another well-established baseball card manufacturer. This brand was founded by two Italians in the 1960s and began with football, eventually branching out to other sports like baseball. Panini manufactures blaster boxes for various sports.

This brand entered the scene slightly later than the previous two – in the 90s – but has since become a major player in the sports trading cards arena. You can find their blaster boxes online and in stores.

How to Tell If Your Blaster Box Has Been Searched

Box searchers are known to frequently browse retail shops weighing the decks to evaluate the quality of the cards inside. Some even purchase the boxes, open them in search of the “big stuff” then reseal them and return the box to the store.

For this reason, box searchers take some of the fun out of trading cards and are thus, looked down upon by the community.

Though, not every box searcher will have the tools to properly reseal the packs, so blaster boxes are safer than hobby boxes in this sense. The blaster box seal does limit cherry-picking to only those with the re-sealing ability.

If you get home and weigh your blaster box to find out that it’s significantly lighter than average, you may have picked a deck that has already been weighed and searched.

Blaster boxes are generally much cheaper than hobby boxes so if you’re on a strict budget, we recommend choosing a blaster.

However, the chances of getting a relic or autographed card in a hobby box are far higher than those of a blaster box. If you break this down by price, it makes sense. The average hobby box costs around $150 while the average blaster box is yours for about $20. With that price difference, you would expect a higher chance of better-quality cards!

With the lower price of blaster boxes comes the element of chance. On average, blaster boxes contain fewer great cards than hobby packs but there is always the possibility of hitting big for a low price. If you enjoy a bit of risk, blaster boxes could be an interesting game for you.

Plus, these odds may be brought up a few notches if you weigh your decks.

Are Blaster Boxes Worth It?

The concept of a blaster box is to sell multiple packs together for a lower price than if one were to buy each pack separately. So, in terms of value for money, blaster boxes are worth it.

Plus, blaster boxes usually include some element of “surprise” which creates an incentive to purchase the box as opposed to individual packs or hobby packs. This could be an extra pack or a special insert card. This bonus element increases your chances of finding gems and is, therefore, another reason blaster boxes are worth it.

Plus, the condition of a baseball card is an important determinant of its value. As blaster box cards are brand new and sealed, they have an increased value as compared to older, traded cards of the same quality.

However, if you’re wondering if blaster boxes are worth it in terms of your chances of getting higher value cards, the answer is less clear.

As blaster boxes are sold by manufacturers and sealed, you can be more assured that your pack hasn’t been searched than alternative buying options. However, there is no absolute guarantee that these boxes will contain stars and the odds are lower than alternative packs like hobby packs. It truly is a game of chance.

Now that you know the ins and outs of weighing baseball blaster boxes, it’s time to put your knowledge to the test.

If you are looking to find higher quality cards by weighing your blaster box, remember to compare your box’s weight to the average blaster box weight of that sized box. Though the difference of just a few grams may seem negligible, it could mean better cards or if it is significantly lighter, it could mean your pack has been searched.

As previously mentioned, there is no guarantee that a heavier deck will contain high-quality cards or exact science to follow but why not try your luck?