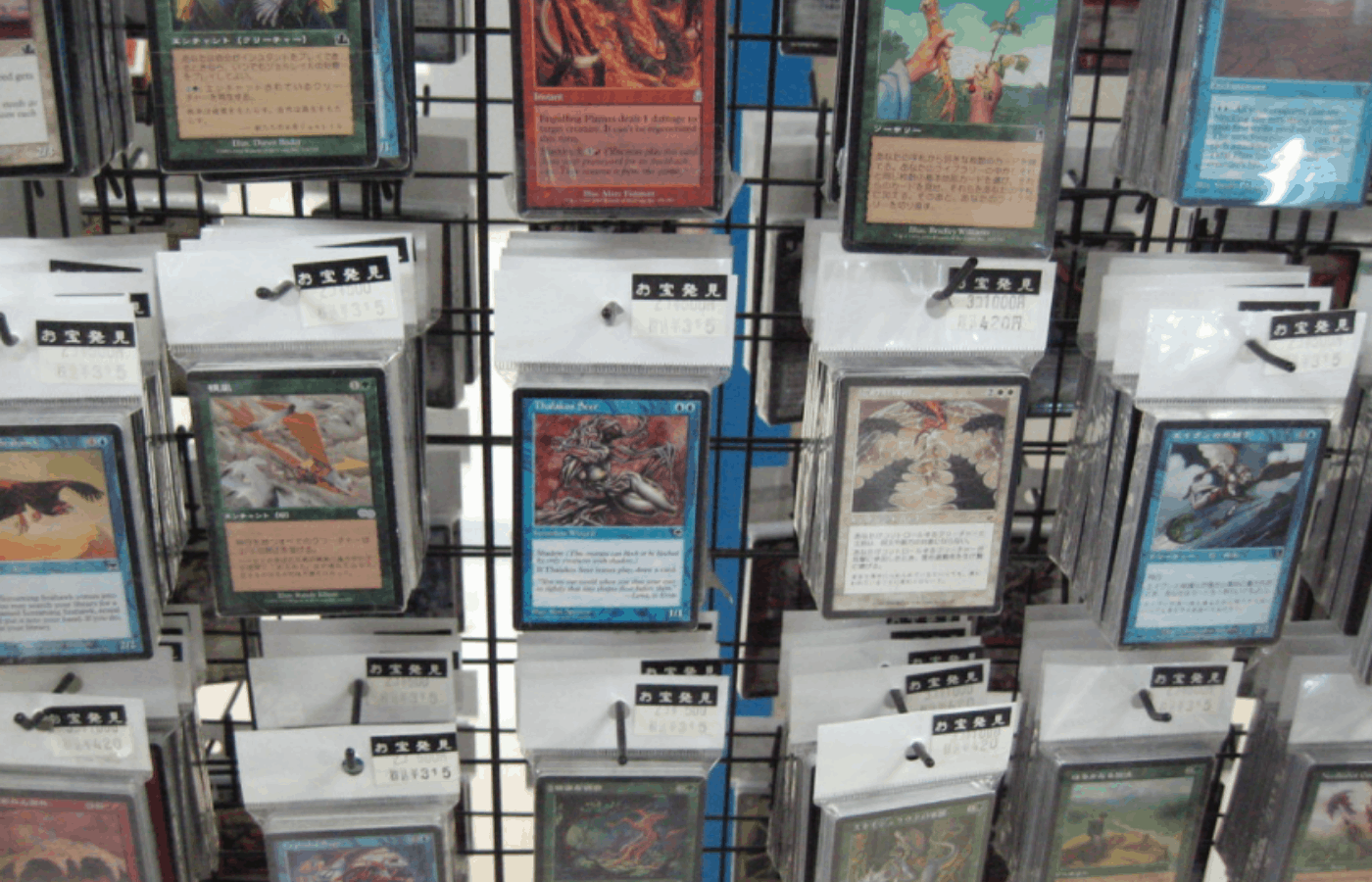 When you are building up your Magic The Gathering collection you come into contact with lots of different cards. The Japanese sets, especially, garner a lot of attention and the game is especially popular in Japan. This begs the question, are Japanese MTG cards worth more?

The quick answer would be that they CAN be to the right collector. Korean, Japanese, and Russian cards sometimes fetch a higher price due to their relative rarity and their fancy looks. Japanese foil pack can do quite well with both American and Japanese buyers.

First off, this is kind of a trick question. Not all Japanese MTG cards are going to be more expensive. Just like with English cards, you want powerful, popular cards, and next you need to consider if they came out in a low print run.

If you have a high-demand card from a low print run then you are going to get better prices, simple as that. Many collectors prefer the more ornate Japanese cards and so this is a great way for them to have ‘elite’ versions of favorite cards which they can play with friends of for tourneys.

Under the official rules, a Magic the Gathering card is considered playable and is always going to be considered the English version of its name, no matter what actual language the card is written in. As long as it is a legitimate MTG card then you are allowed to play it with friends.

As far as tournaments, it turns out that the same thing applies. Tournament rules state that you are not required to play with cards that are in the native language of the location hosting the tournament. If it should arise that you need to verify what the card does, then then a Judge may be called in order to inquire with the Oracle text.

This is great news, of course, as it means you can collect ornate cards from around the world to add to your collection and still play them. You can also play others in foreign countries with any cards that you own or challenge visitors from abroad at conventions or tourneys.

Magic the Gathering is worldwide and all of your cards are playable wherever you like.

Are Magic Cards Cheaper In Japan?

Magic cards are typically NOT cheaper in Japan. While you might get lucky if you are visiting Japan and hopping there, generally non-foil Japanese MTG cards are going to be slightly higher in cost than the English versions of the same cards.

Foiled cards are a different animal, however, and when you get into foils such as eternal stapes then the prices can go up exponentially. In some cases, it doesn’t matter if they have been opened! Magic the Gathering has a large following in Japan and as such, they are quite aware of what their cards are worth.

Adding some Japanese cards to your collection is going to cost you but as with any collectable, if you hang on to them for long enough then this can pay off in the long run. Remember, this is an investment that you are considering, so if you are willing to keep them pristine and wait then you could be very happy in the future that you did.

What Magic Set Has the Most Valuable Cards?

The most popular formats in Japan for Magic the Gathering are Commander, Standard, and Modern. With that in mind, we have a recommended set for each to get you started. Going forward, target singles and sets for these 3 formats if you want to build a collection of the most coveted Japanese cards.

Containing Commander reprints as well as new cards, this overly-large set is highly sought after by those who like to play in the Commander format. The set is comprised of an impressive count of 361 cards which include:

That’s a lot of Commander cards so you are looking at a goodly investment to get started. That said, if you can hang on to it and keep it pristine then it will quite likely appreciate in value considerably as time goes by.

Click here to check the current price and availability of the Commander Legends Booster Box on Amazon.

If you are looking to add a little ‘bad boy’ appeal to your collection, The Throne of Eldraine set is worth your consideration. This combination of Grimm’s Fairy Tales and Arthurian legend has a potential for finding a misprinted card, specifically the ‘Corpse Knight’, and has a number of it’s cards banned which we will list shortly.

The main deck has a total of 269 cards, which break down into the following:

The cards which were banned from legal play include:

Considering the notoriety of this deck, this could conceivably fetch a pretty penny if you obtain it and keep it in mint condition.

Click here to check the current price and availability of the Throne of Eldraine Booster Box on Amazon.

The best modern set is likely the Khans of Tarkir. It is well-balanced set consisting of 269 cards which break down as follows:

Even the English set is considered to be a good investment and considering the desirably of this set in particular, obtaining a Japanese set and keeping it sealed is considered a solid investment by most and quite likely to appreciate in value.

Click here to check the current price and availability of the Kahns of Tarkir Booster Box on Amazon.

As you can see, there are a lot of factors which will determine whether or not you will fetch the highest price when selling Japanese MTG cards. A lot of the work will have to be done on your own, but with the right collectors you can certainly make a pretty penny.

Consider adding one of more of the sets which we have recommended today and if you try to sell one then you can get a taste of the market firsthand. Many vendors do quite well selling foreign MTG decks but a lot of the tricks are only going to come with time.

There’s no denying that the cards are quite beautiful, exotic, and legal to play as well, so if it turns out that you don’t want to sell them then you’ve still got possession of some stunning cards that you can get some good play out of. So, add some Japanese MTG cards to your collection and see what happens!