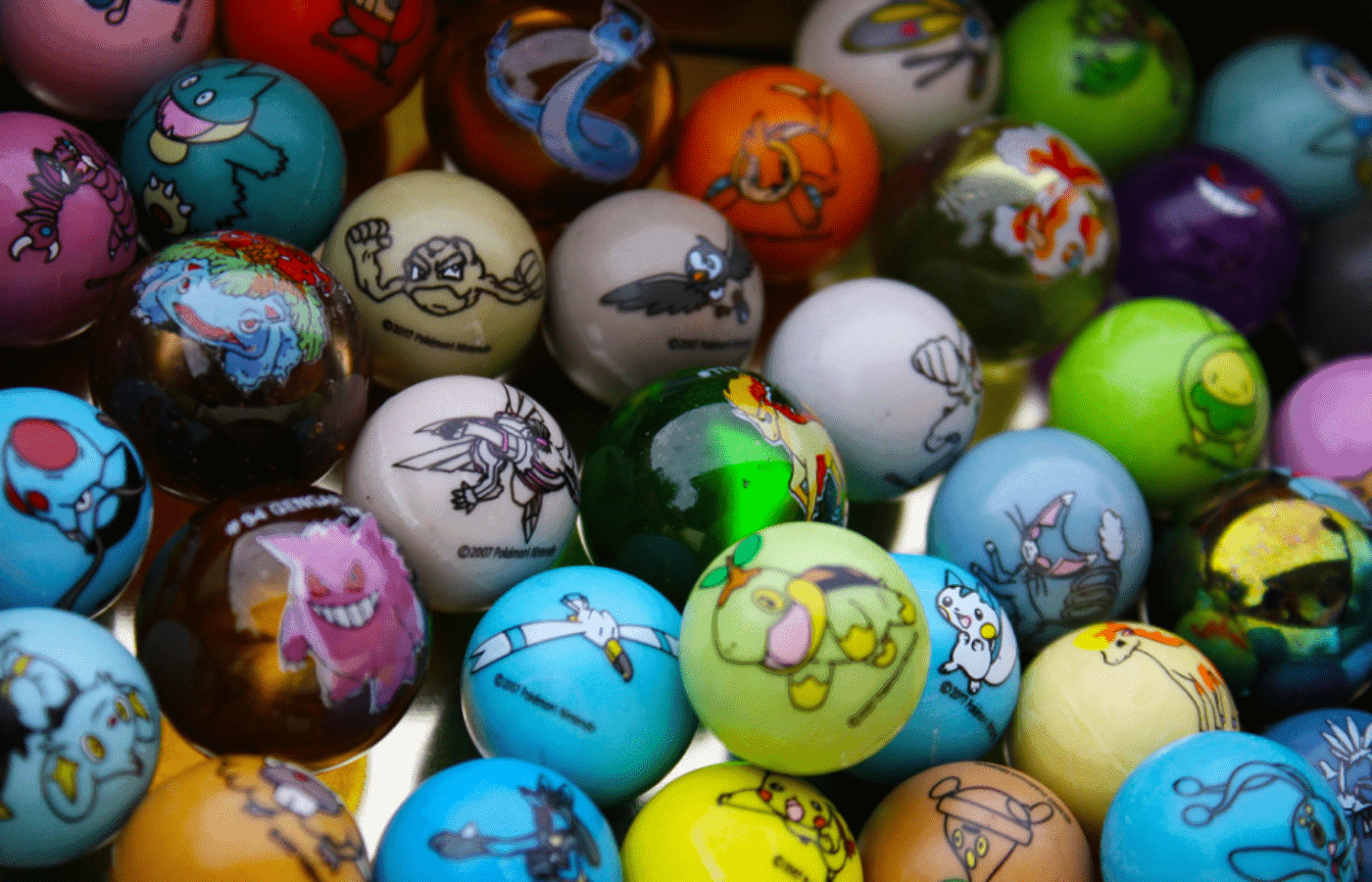 Pokemon marbles are one of the more unique pieces of Pokemon merchandise. Perhaps not unsurprisingly, a lot of people haven’t actually heard of them. Truth be told, when they were being sold, we don’t think we actually saw them for sale at all. We only got to learn about them through other collectors. If you have some Pokemon marbles, then you may be wondering whether they are valuable.

So, are Pokemon marbles valuable? Pokemon marbles are not very valuable compared to other Pokemon accessories. Each one can be valued anywhere between $4 and $12. The issue is that you may struggle to sell them. The market isn’t huge, and a lot of people have had to list their Pokemon marbles for months before they get a buyer.

Let’s go into a bit more depth. It may help you to decide whether it is worth making a purchase…or perhaps selling your own.

What Are Pokemon Marbles For?

While we would like to think that Pokemon marbles were designed for those that wanted to play a game of marbles, it didn’t really work out like that at all.

Pokemon marbles are, mostly, collector pieces. They were some of the most beautiful (of the cheap) marbles that you could buy. They boasted beautifully bright colors, and each one had a different Pokemon (from the original 150) embedded into it.

If you were a fan of Pokemon, then you would have loved to have had these in your collection. Pokemon Marbles benefitted from the fact that they were released in 1999. This was at the height of the early popularity of the game, which meant that there were a lot of them out there.

Pokemon Marbles had their own display case where you could show off your collection. While they were fairly cheap to buy, it was incredibly difficult to get the whole set. This means that there are a lot of incomplete collections out there.

How Much Are Pokemon Marbles Worth?

Each individual Pokemon marble is valued at between $4 and about $15. It isn’t a dreadfully high price, but it is respectable considering it is really just a small piece of glass.

Which Pokemon Marbles Are Worth The Most?

To be honest, it is tough to predict which Pokemon marbles are worth the most. This is because they turned up in roughly the same frequency. This is why most of the prices are around $4 to $5.

As you can probably imagine, it is the ‘usual suspects’ that tend to be valued the most. This means things like Charizard (around $15) and maybe Mewtwo. We have also seen Clefairy go for about $10, but we aren’t really sure why this is the case.

It doesn’t necessarily mean that the higher-priced Pokemon marbles are rarer. It just means that these sellers see a lot more value because those Pokemon are more desirable.

Where Can You Get Pokemon Marbles?

Gone are the days where you could waltz into a store and pick up Pokemon marbles. If you want to get your hands on them now, you have little choice but to buy them online. Both eBay and Amazon will have an extensive selection of Pokemon marbles. However, you may be able to find some online collectible stores that will have them at a slightly lower price.

While it is becoming rarer, we have also seen some thrift stores have Pokemon marbles in stock. We suppose this makes sense. A lot of people don’t really see the value in an old toy, and they are more than happy to donate it.

Although, of course, it isn’t an especially popular toy, so you should never rely on being able to pick up Pokemon marbles at a thrift store. If you do, they may not be in the best condition and they may not be a complete set.

Is It Worth Buying Pokemon Marbles?

Pokemon Marbles are a great collector’s item, particularly if you can get yourself the whole set. The problem is that they are not hugely desirable. This means that the price doesn’t really go up. So, if you are buying them with the intention of selling them later on, it is probably worth ignoring them.

They also do not display all that well. Sure, they are beautiful marbles but, at the end of the day, they are just glass spheres. Put these up on your shelves, and somebody would have to look pretty closely at what you have.

Is It Worth Selling Pokemon Marbles?

If you have no need for them, then absolutely. It may take a while to sell some of the Pokemon marbles, but they do eventually sell. We can assure you that if you bought them when they first came out, you will be making a ton of cash on them.

A lot of people sell their Pokemon Marbles because you can’t really do much with them. They are not display-worthy, and we can’t imagine that there are that many adults out there who are planning on playing a game of marbles.

Pokemon Marbles are valuable, but unless you have a complete set, it is unlikely that you will be making a huge amount of cash from them. Expect to get between $4 and $15 apiece, although most tend to be toward the lower end.

They are not worth buying for collectible reasons as the price barely ever changes.

If you are planning on selling your old Pokemon marbles, then expect them to be sitting on the market for a few weeks, and sometimes months. They do sell, but not all that quickly. People want them, but it is one of the least desirable pieces of merchandise out there. There are better things for people to spend their cash on.