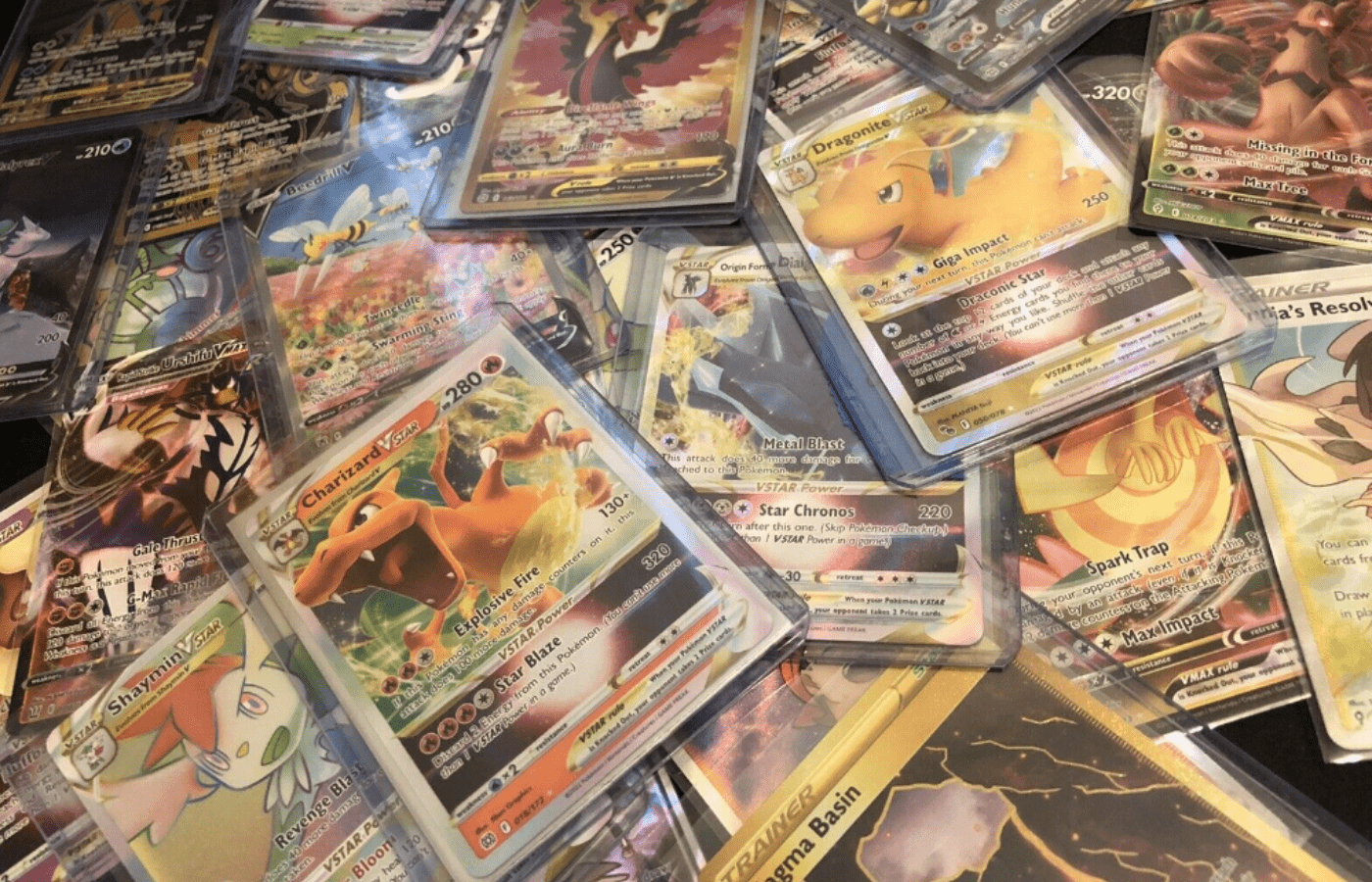 Pokemon Trading Card Game expansions always try to introduce a couple of new cards into the mix. One of the newest additions is that of Pokemon V cards. So, are Pokemon V cards rare?

Yes. Pokemon V cards are rare. They are among the rarest of cards that you can pull from the sets under the Sword ; Shield banner. However, they are also some of the most powerful cards in the current game.

Let’s tell you more about them!

What Are Pokemon V Cards?

If you have been playing the Pokemon Trading Card Game for a while, then you will likely have heard of GX and EX cards. Pokemon V cards are the Sword ; Shield variant of these cards.

All Pokemon V cards are basic Pokemon, even if they are an evolved form. You can play them as soon as you have them in your hand, just like any other basic Pokemon.

Although, the one exception to this rule is V Max, V Star, and V-Union cards, which are evolved forms of the V card counterpart. This is designed to replicate a mechanic found in the video games.

Pokemon V cards are essentially just really powerful cards. Because they are so powerful, if you have a Pokemon V card in play, your opponent is allowed to take 2 cards if they knock it out. This is a mechanic that is very similar to the way that GX and EX cards worked.

However, as long as you are playing a basic V card in the game, there are no moves that can only be played once. The rules are ever so slightly different with the other types of V card.

To check the current price and availability of Pokemon V Cards, click here to view the selection on Amazon.

Yes. Pokemon V cards are very rare. You will only be able to pull a couple out of every booster box. Of course, the whole reason why they are rare is because the Pokemon Company want you to really track down these cards, and they want to buy you a lot of booster packs to get them!

Of course, if you are looking for a very specific Pokemon V card, then your best bet is to buy it directly. While the card may seem somewhat on the expensive side when it is bought as a single, we can assure you that it will probably end up being a whole lot cheaper than opening up multiple booster packs in the hope of scoring the card that you want.

Remember, not all Pokemon V cards are straight V cards. In addition to the standard Pokemon V cards, you have three other types. These types are much rarer, mostly because they can only be found in certain expansions.

If you are looking for a specific Pokemon V card, then we suggest that you look up an expansion list to make it a bit easier to track down.

Yes. Pokemon V cards are real. They were introduced in the Pokemon Sword ; Shield expansion, and they have been included in multiple sets since then.

Do bear in mind that Pokemon V cards are incredibly rare cards. This means that if you do stumble across one, you will want to double-check that the card is real. Although, most of them should be (assuming that you are purchasing from a legit reseller).

How Many Pokemon V Cards Are There?

At the moment, there are over 100 different Pokemon V cards in the game. It is likely that a few more will be added into the mix.

It is likely that the Pokemon V card mechanic will be dropped as soon as the Sword ; Shield expansion cycle is over. So, if you are looking for these cards from booster packs, then you will need to buy them now.

Remember, barring a few exceptions, Pokemon cards tend to hold their value pretty well when a set cycles out. This is because these cards, unlike Magic: The Gathering, tend to be highly collectible.

What Is The Best Pokemon V Card?

The best Pokemon V card is always going to be dependent on what you are planning on doing with your deck.

Perhaps the most powerful Pokemon V card at the moment, and one that will be played in a lot of decks, is the Crobat V. When it is placed on your bench, you can consistently draw until you have 6 cards in your hand. It really helps to get through your deck quickly.

Ditto V is a card that is often used in decks that rely heavily on Pokemon V cards. While the Ditto V is not a powerful Pokemon on its own, it is a Pokemon that can ‘replicate’ any V Pokemon in your discard deck. This means that (in theory), you could be playing up to 8 of the same Pokemon V card in a game.

In terms of raw power, the Zacian V is probably going to be the best card. For just 2 energy, it can do a whopping 230 in damage. This is enough to take out most Pokemon. It has 220 HP too. It can only attack once every other turn, but we have seen decks completely devastated by this Pokemon V card.

Which Pokemon V Cards Are Worth a Lot of Money?

The Charizard V card is probably worth the most money. While it isn’t a powerful card (like most Charizards in the game), they are rare. This means that they always attract a high price.

Beyond this, any card that gets play in standard e.g. Zacian V and Crowbat V will attract a good price.

Pokemon V cards are among the rarest cards in the current game, which often makes them highly sought after by collectibles and players alike.

It is always worth collecting Pokemon V cards as a lot of them hold value due to their rarity and functionality in the actual card game.

If you are playing the game regularly, then a lot of these Pokemon cards are going to be fantastic for your deck. This is because some are very powerful.