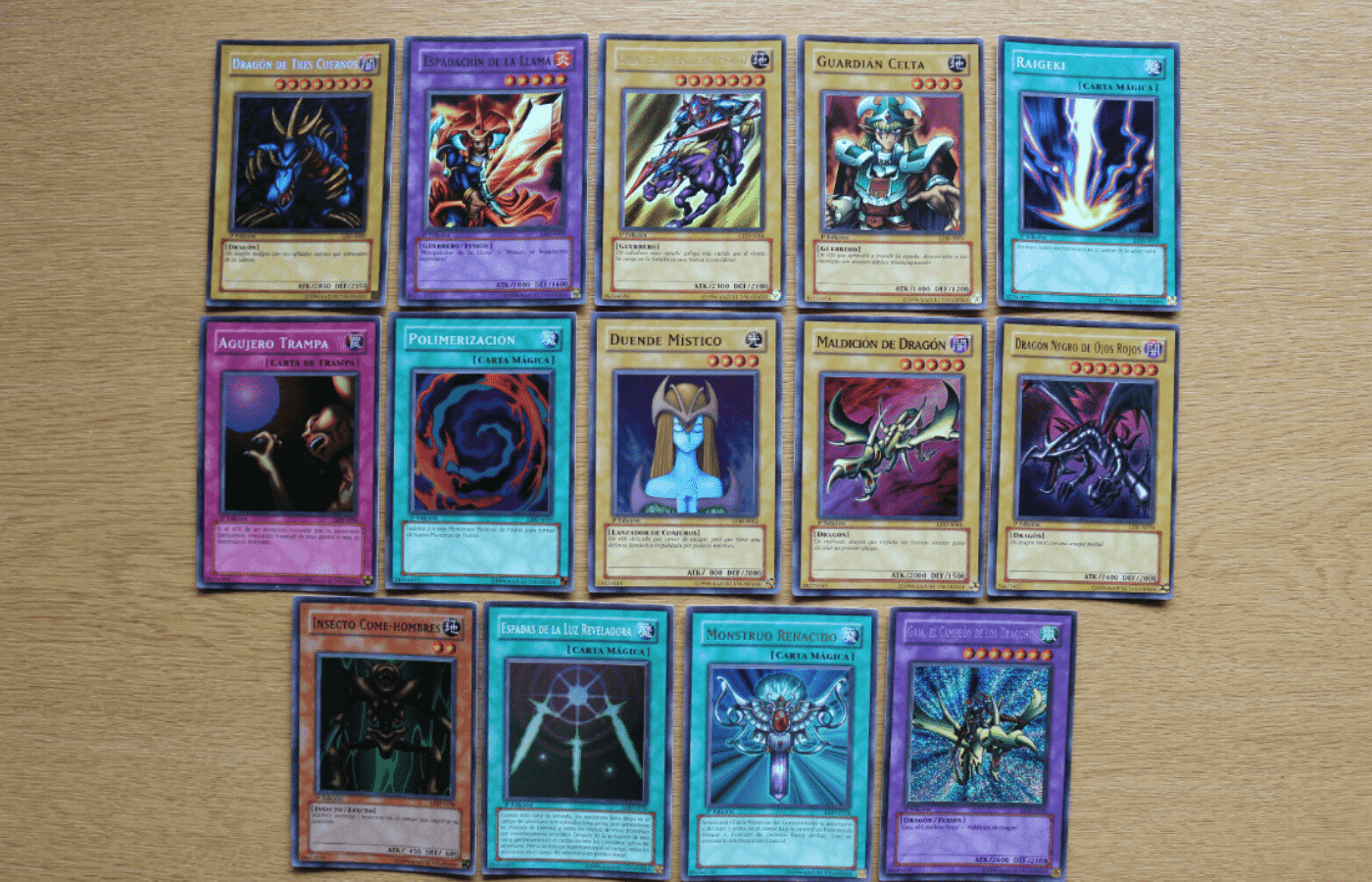 Somewhat surprisingly, Spanish Yu-Gi-Oh cards have been sold in many stores in the United States. Because of this, a lot of people wonder if they are sitting on a little goldmine.

So, are Spanish Yu-Gi-Oh cards worth anything? Well, maybe. They are not going to be worth as much as their English or Japanese counterparts, however, they will have some value. This is because they are cards that can be used in official Yu-Gi-Oh tournaments.

Let’s expand upon this a little bit, just in case you have some Spanish Yu-Gi-Oh cards sitting in your arsenal.

Are Spanish Yugioh Cards Worth Anything?

Yes, the cards are not completely without value. They are not worth as much as Yu-Gi-Oh cards in English or Japanese, but they are 100% useable. When a card is usable, it is going to be worth at least a small amount of cash.

The lower price of Spanish Yugioh cards does mean that a lot of people buy them instead of the English versions, although we can’t imagine that this is the best idea in the world. You still have to be able to understand Spanish if you want to play with them, or at least have some sort of translation handy.

Absolutely. Spanish Yu-Gi-Oh cards are 100% real. In fact, the game has been produced in several different languages, including French, German, Italian, and Portuguese.

One of the great things about Spanish cards is that they are unlikely to be faked. After all, very few people want them in comparison to their English and Japanese options, which means that if you do stumble across a Spanish Yu-Gi-Oh card, then it is likely going to be worth a little bit of money.

To check the current price and availability of Yugioh Booster Boxes, click here to view the selection on Amazon.

How Do I Know if My Spanish Yu-Gi-Oh Cards Are Worth Money?

From what we have experienced, the value of Spanish Yu-Gi-Oh cards tend to track with the price of Japanese and English cards (we will discuss the reasons why soon). So, if you are looking for the value of a Spanish card, then looking at trading card sites, eBay, and Amazon could be a great start.

As we said earlier, the price is never going to be as high a the English and Japanese versions of the game. This means that you are going to need to subtract a few dollars off of the cost of the card when you are selling it. In some cases, you may struggle to sell.

Sadly, there aren’t really any dedicated resources for checking the value of Spanish Yu-Gi-Oh cards specifically. This is because they are never massive sellers.

There are some sites in Europe (www.cardmarket.eu) that do list Spanish cards, but the cost of sending the cards into Europe may be a little bit prohibitive. Because of that, a whole lot of people tend to avoid doing that.

What Spanish Yu-Gi-Oh Cards Are Worth Money?

Again, the Spanish Yu-Gi-Oh cards follow the price of the market. So, if a card has value with the English and Japanese version of the card, then chances are that it will have value as a Spanish card too, just not as much.

There are no Yu-Gi-Oh cards, as far as we know, that hold value simply because they are written in the Spanish language. There has been no card that has been made available in Spanish that you cannot find in English.

If you read the information in the previous section, then you will know that you can use sites like eBay and Amazon to look at the value of your cards. If you have common cards, then it isn’t really worth doing. you may be able to sell them for a cent or two each. You should always be looking up the price of your common and your uncommon Yu-Gi-Oh cards instead.

Can You Play In Sanctioned Tournaments With Spanish Yugioh Cards?

Yes. This is actually one of the main reasons why Yu-Gi-Oh cards do seem to hold their value.

Spanish cards can be used in every Yugioh tournament. It doesn’t matter what language the tournament is being held in. So, if you want to save a little bit of money putting together a powerful deck of cards, then you may want to slide some Spanish cards in there too.

The one thing that you need to be aware of is the fact that you will need to have a translation to hand. This way you will be able to show your opponent what the card is able to do.

If you do not have that translation, then there is a good chance that you will not be able to play with the card. After all, no translation means that the tournament organizers will constantly be having to say what a card does, and they are not going to find that fun!

Remember, these rules don’t just apply to Spanish Yugioh cards. Any card written in an official foreign language (French, German, etc.) can be used in all Yu-Gi-Oh tournaments. So, shop around if you want to put together a top deck of cards.

Spanish Yugioh cards are worth a small amount of cash, although nowhere near as much as the English and Japanese version. If a card has value in one of those languages, then chances are that will have value in Spanish too.

You are able to play with Spanish Yugioh cards in official tournaments, which can be a great way to save a little bit of money on the cards that you are planning on buying for a deck.

These cards can be found on sites like eBay or Amazon. If you are looking for rarer Spanish cards, then you can look at EU-centric sites instead.