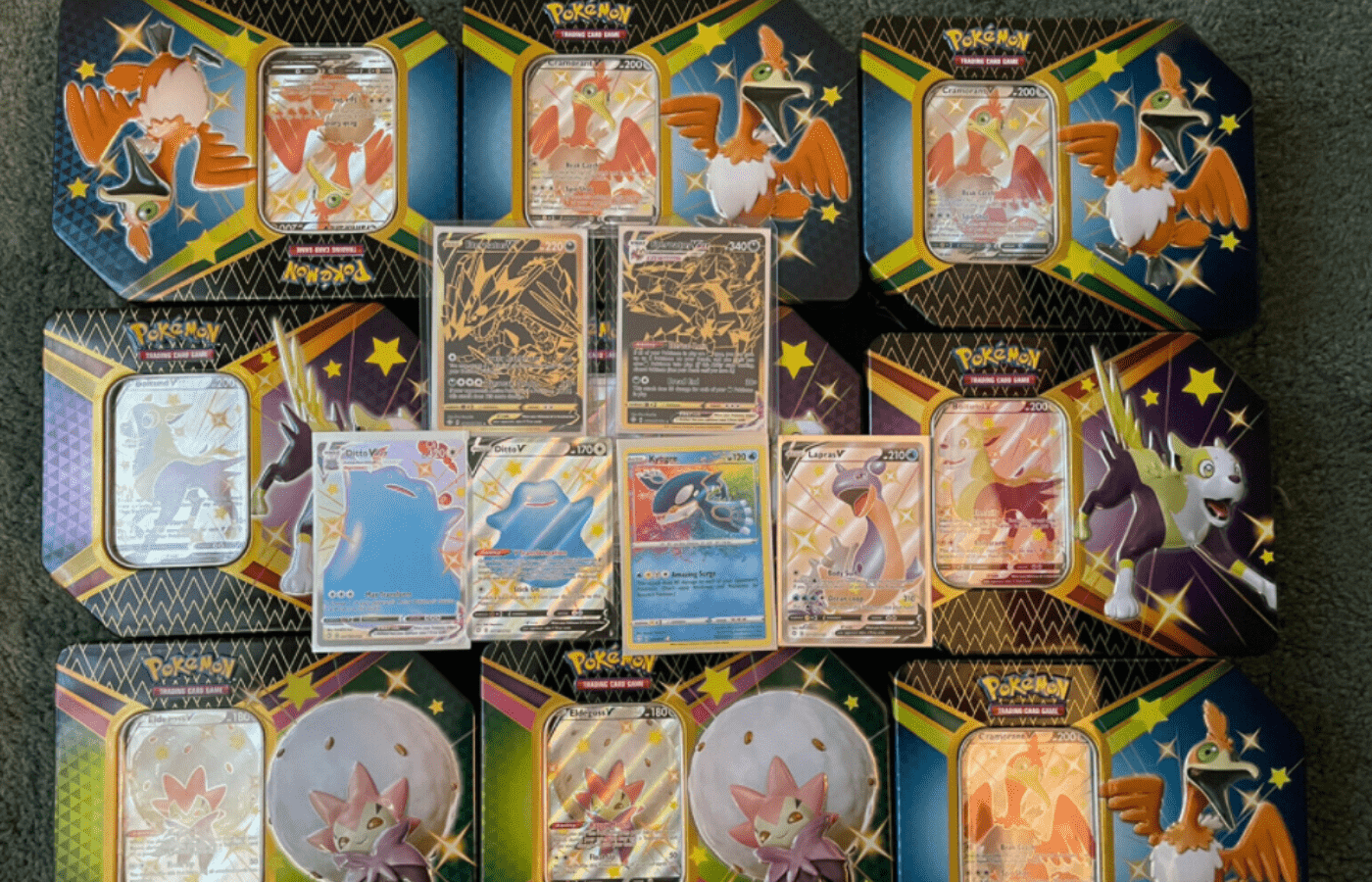 Whenever setting out to get some new Pokémon cards, you want to ensure you get the best and most valuable array possible. While it may be a valuable thing to weigh packs when you’re at a brick-and-mortar store, it may not be worth it for something like a tin.

So, even though weighing tins to find rarer cards is possible, it might be a waste of time. This is because you need to know the exact weight of the tins. And, while you might be able to find that out from an emptied previous tin, the cards weigh so little themselves that you may not notice a great difference.

Even though you won’t face any criminal charges in weighing tins, it may not be worth the time and effort in the end. But, there are some things you can expect to get out of an average tin. If it’s possible for you to access the packs inside, you can weigh those for a more accurate guesstimate for potential rarer cards.

Will You Find Rare Cards by Weighing Pokemon Tins?

The likelihood of you finding rare cards by weighing a tin is going to be few and far between. However, this will depend on the series and how big the tin is overall. With as large and heavy as a tin can be, it might not be worth it.

Unless you have a big enough scale to hold the tin and weigh it with confidence, weighing an entire tin may not glean the results you seek. That said, in general, you can expect a certain amount of rare cards from a tin.

Expectations with an Average Tin

There usually will be one of three special foil cards like Blastoise EX, Charizard EX or Venusaur EX. Plus, there will be four booster packs and a bonus card that you’ll get online. However, some people do report getting a bum tin without many rarities. But, this isn’t something to expect, it’s very infrequent.

You could weigh the tin anyway, just to ensure you’re getting the right weight. Unfortunately, there are reports of people finding tins where the packs were either rearranged or switched out. This was probably done by a previous buyer in an effort to get rarer cards.

That said, you can weigh individual packs within the tins to get a better picture of what’s inside. This is only in the case the store will let you sit there and weigh the packs. But, weighing the tin as a whole might very well be a fruitless endeavor.

Can You Weigh Hidden Fates Tins?

As long as the store you’re at will allow you to weigh Hidden Fates tins, you can do it. Due to controversy and aggression complete with police involvement, places like Wal-Mart and Target won’t let people weigh anything.

Of course, this varies between individual stores. Your local gaming or trading card store may be more amenable to the idea. But, in general, don’t walk into a place expecting to be able to do it. It’s likely you’ll have to wait until you get home to use your scale.

This is also true for online purchases. In this case, it’s best to buy a Hidden Fates tin from a verified and solid supplier such as GameStop. When you receive the tin, you can weigh the individual packs with a digital or handheld scale.

If you do this, you’ll see how it’s not worth it to weigh the entire tin. Weighing packs in the tin before opening them is better.

Tin or Pack Weights Aren’t a Sure Thing

It’s important to note, though, that just because you weigh packs within a tin doesn’t mean you’ll get something good because it’s heavier. You might find that the lightest pack in the whole tin gives you the best cards whereas the heaviest one has no rare cards at all.

So, while it’s certainly possible to weigh the packs within a Hidden Fates tin, it doesn’t determine that you’ll get any good rarities. Plus, the Hidden Fates series tends to be funky in the way of card offerings and far less reliable than standard ones.

How Much Do Pokemon Tins Weigh?

Pokémon tin weights vary depending on the series and size of it. For the average tin, it will weigh about 1.85 pounds. However, a Summer Strikers tin can weigh around 12 ounces whereas a tin of Hidden Fates can weigh almost 5 ounces.

As you may guess, the contents of the tin are what account for the weight disparities. Some come with other bells and whistles like dolls or balls and yet others come jammed with plentitudes of packs. So, when you’re looking to buy a tin, check to see what’s included and what you can expect in weight before you make a purchase.

As you can see, it is possible to weigh some Pokémon tins but it may not be a good idea for others. The shape of the tins isn’t ideal unless you have a large scale that can hold the whole tin. Even still, you may not get a good guesstimate this way. Therefore, it’s better if you weigh the individual packs within a tin.

But using your scale at a store may not be allowable, especially at big-box places like Wal-Mart. Many people have this conception that if a pack weighs more, there’s a better chance for acquiring a rare card. Unfortunately, this isn’t a foolproof or surefire way to know.

This is especially true of certain series like Hidden Fates, where the card selections are a little wonky in the packs to begin with. Even though it’s always nice to have an edge to guarantee a better haul, weighing the tins may not be the best idea. Ergo, just because you can weigh Pokémon tins doesn’t mean it will be worth your time.